This week’s Thrift Treasure is proof that not every game for $2 at your local thrift store is worth the price. I have a weakness for abstract games as well as vintage titles. So when I picked up Moxie by Gopher Game Company I didn’t realize I would be wishing that Goodwill had a return policy.

I really wanted to like playing it. Almost every title from Gopher Game Company is hard to find, and while this one was in “OK” condition, I wanted it in my collection. After playing a few rounds with my wife I’m not so sure I feel that way any more. 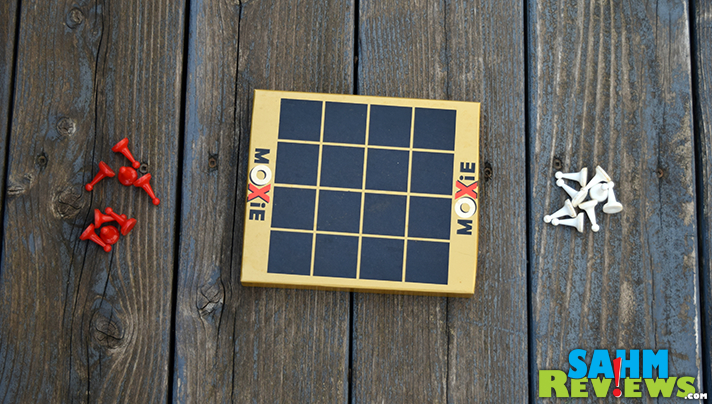 You can describe Moxie as a cross between checkers and tic-tac-toe. Each player receives eight Sorry-like plastic pawns and the box includes a removable cardboard game board. Players take turns placing their pawns on the board trying to get three in a row. 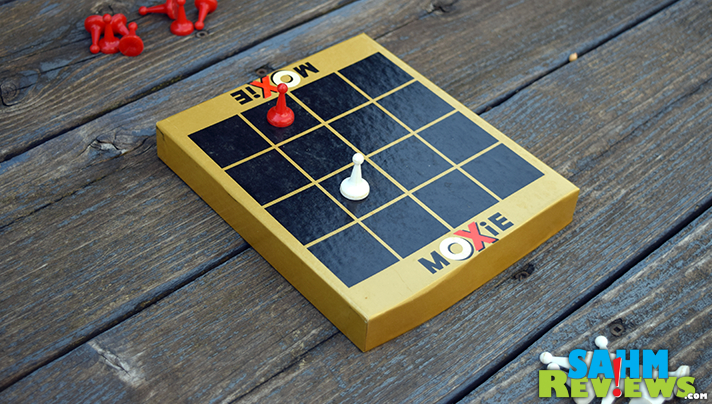 Instead of placing a pawn, you can elect to move a previously-placed pawn in any direction one space (including diagonally). If you have the opportunity to jump, you must take that move instead. 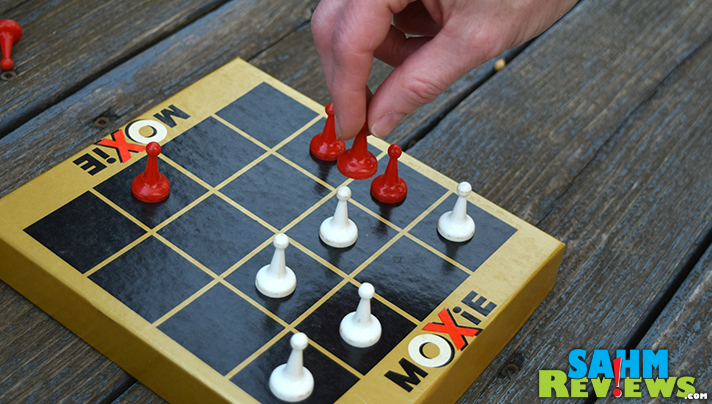 A jumped piece is removed permanently from the game, creating another win condition. Capture six of your opponent’s pawns and they don’t have enough to create a row of three – making you the winner. 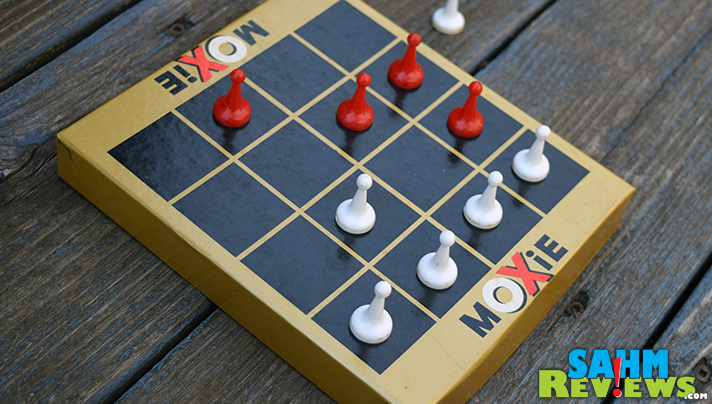 And that is the entire game. Sure, there are some strategic options available. Since jumping in mandatory, forcing your opponent to vacate a spot you need is a very valid strategy. But just like tic-tac-toe, Moxie suffers from a first-player advantage. Whomever places first has a serious advantage in the game, and unless that person makes a mistake, their odds of winning are nearly 100%.

So we can fully understand why this game hasn’t been reissued since its first publishing in 1956. Nearly 60 years of ‘aging’ hasn’t made it any better. Unlike many others we have shown you, Moxie is one Thrift Treasure you should leave at the store.