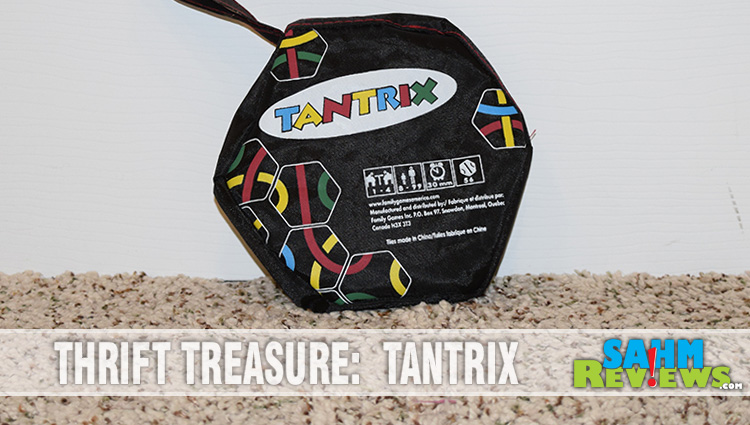 Our last Thrift Treasure showcased two very colorful games that used shapes and colors on tiles and required you to match them up while preventing your opponent from doing the same. Qwirkle and Qwirkle Cubes are games that have a ton of replay value and are easy to learn but difficult to master. This week’s offering, Tantrix, is similar in that respect. Colors are again key here, while shapes are consistent but intertwined. And again, difficult to master. 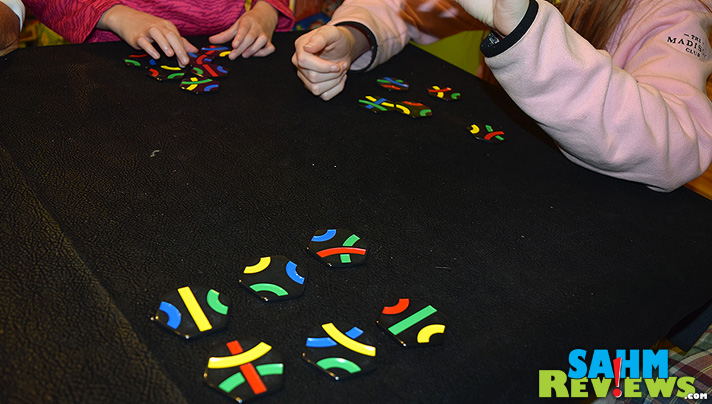 I remember reading a thread a long time ago on a board game site talking about what games were out there that made for great game play while being portable and accessible to all ages. Tantrix was mentioned a few times, and it wasn’t until months later that we found a copy for $1.38 at our local Goodwill. Instructions and 56 high-quality hexagonal tiles are included, along with a convenient zippered bag made for travel. 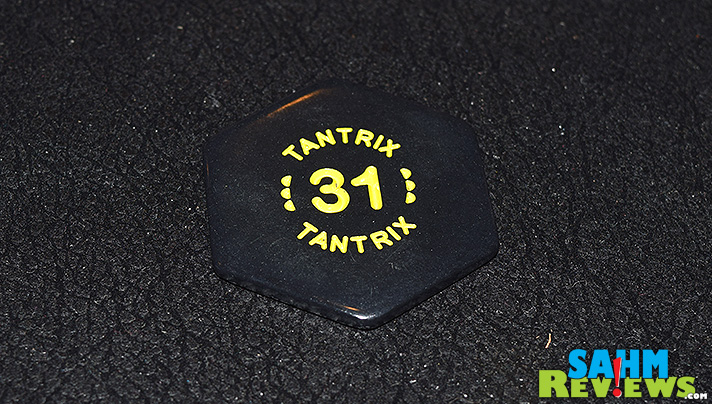 There are instructions for both competitive play as well as different solitaire modes (we love this!). For competitive play, each player selects one tile and looks at the number on the back. Highest number goes first. Each player then draws an additional five tiles, bringing their total rack to six. Throughout the game you always return to six tiles. 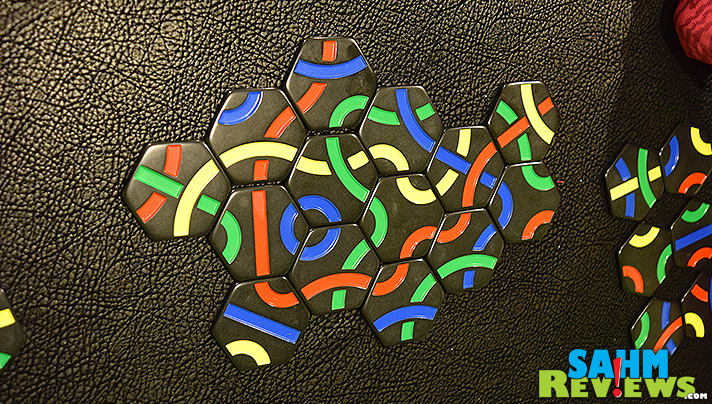 Each player also selects a color to build, and takes turns placing tiles on the board. Your goal is to make the longest connecting line of your color while preventing the other players from extending their lines. 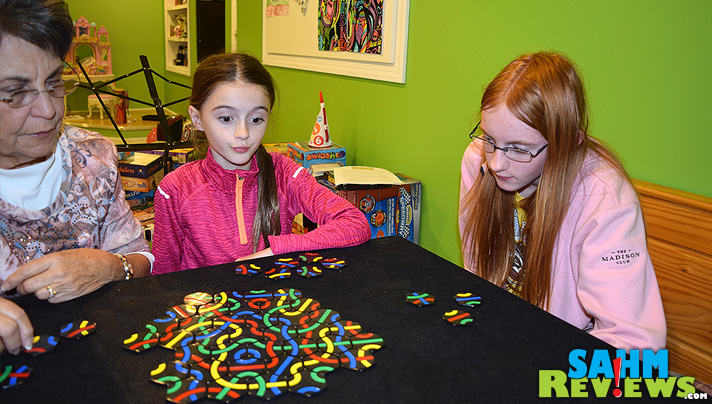 This is much more than a play-one, take-one game, as whenever you play a tile you draw back to six and look to see if you can still play additional tiles.  There are certain spaces/events where you must play a tile if you have it, and planning your path based upon your tiles (and what have already been played) is critical. This makes Tantrix a game that can be enjoyed by younger kids who can just connect the colors, and adults who will work on strategy as detailed as any chess game.

How popular is Tantrix and how serious do the players take it? There’s even a world tournament held every year! 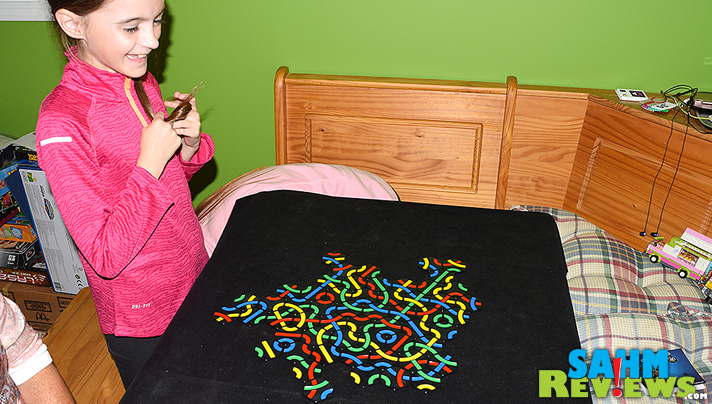 We’re obviously not of the caliber to compete on an international level, but our youngest sure did a good job of gloating over her win. One point for each tile in your longest string, double points if you completed a loop. She beat us by a lot…

You can find Tantrix on Amazon for under $20 and can’t go wrong with this one for any age. See what else Family Games America has to offer by checking out their website and following them on Facebook or Twitter. 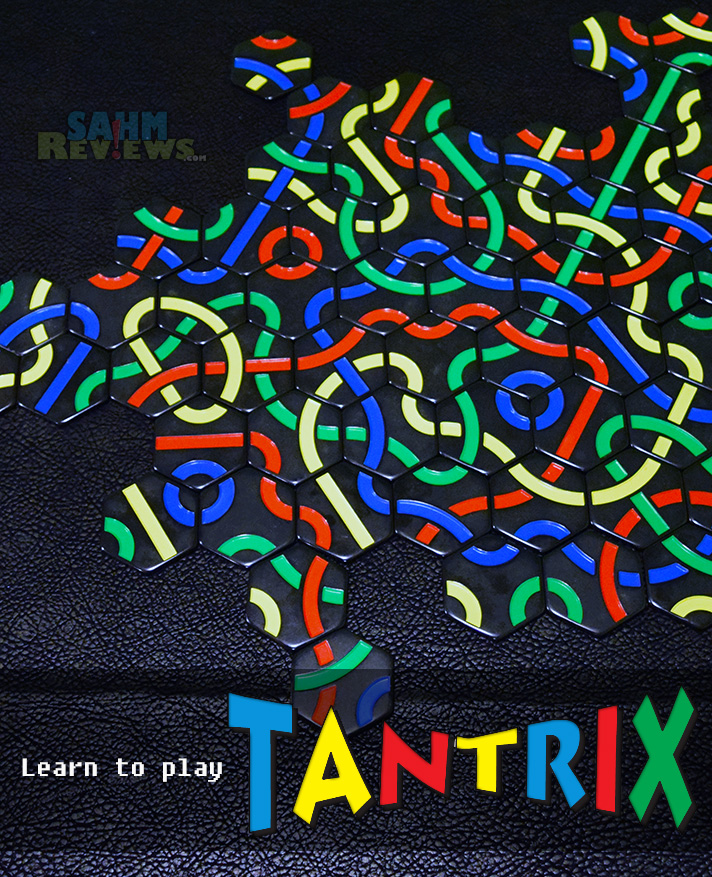