I could have easily titled this article “Don’t Believe the (Negative) Hype”. Our latest Thrift Treasure is an out-of-print 2-4 player game from 1977. We found this copy at our local Salvation Army Thrift Store and it set us back a whole 95 cents. All the pieces appeared to be there, but it was missing the instructions. I assumed finding them online would be easy, but I was wrong.

Not only could I not find an official set of rules, I found numerous citations claiming this was one of the worst games ever made. Over on BoardGameGeek it was included in users’ lists such as “Worst Game You Own”, “Left Behind at the Thrift Store”, “Worst Thrift Store Purchases” and “Games with Badly Written Rulebooks”. It appeared I might have overspent on this one! 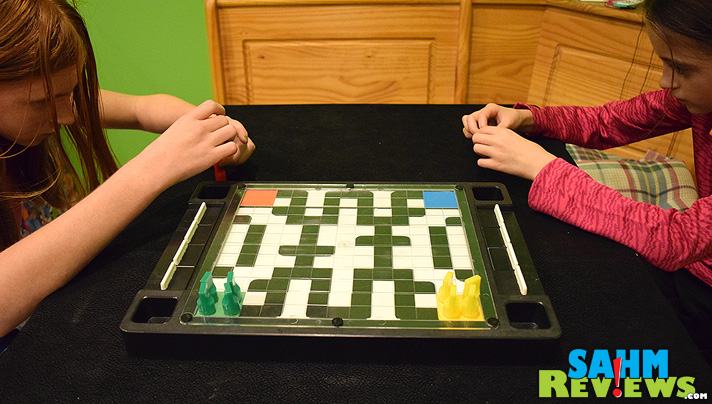 But we were determined to get at least one round out of it. I mean, how bad could it really be? The game included pawns for four players, two custom dice and a plastic playing board with sliding tabs that changed the configuration of the board. We elected to piece together what we could find online and come up with a set of rules that made the game reasonably short (under 30 minutes for 4 players), fair and not just luck-based. The object of the game is to get your four pawns to the other side of the board, much like Chinese Checkers. So obviously while it is rated for 2-4 players, a 3-player game would not be equally matched. 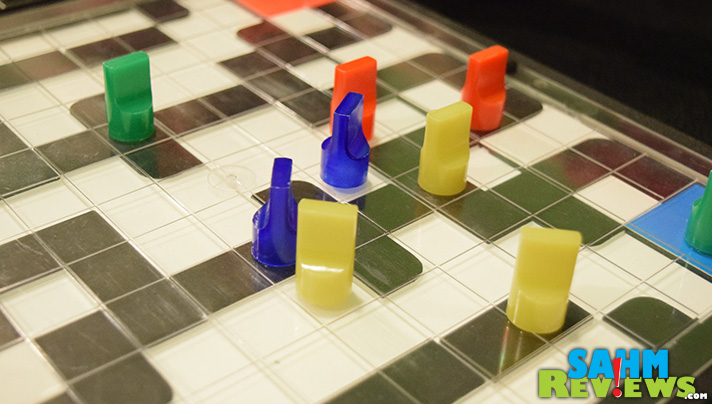 For those of you interested, these are the rules we created:

2. You can only move your pawns on the black path. If the path is moved out from underneath you, you become stranded. You cannot move that pawn until he has a black square underneath him.

3. You can choose which order you perform your acts in. You may decide to move the slider first before moving, or move first and then change the board.

4. You may elect to not move a pawn and pass on that die. If you roll two numbered dice (eg. 2 and 4), you must move in those increments. You cannot move one space then five. You must be able to complete the entire move – if your path is only 4 spots long and you roll a 5, you cannot move. You also cannot land on another pawn, but you can jump over them.

5. When you roll a star (or two stars on one die), you MUST change the board. You may not pass on those rolls.

6. You may travel through another player’s base, counting it as one spot.

7. You must roll the exact number needed to enter a base. First to get all of their pawns in the base opposite them wins.

Regardless of what we read online, we have definitely found and played worse games. With four players it was really not bad, and the movement of the board made for some interesting decisions (do you move to help yourself or to block someone else). 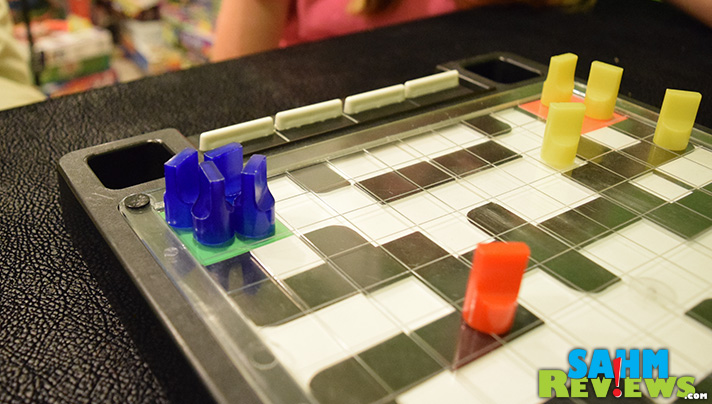 For the price one really cannot complain. If we had paid full retail (even back in 1977) then we probably would have been disappointed. But at a buck, Shifti will be an easy-to-teach game we can break out when the kids have friends over. While you can find it on eBay, you are probably better served by looking for it in your own thrift stores or at yard sales. It sounds like the serious board game collectors aren’t bothering with it, so you should have no trouble finding a copy!