Home / Technology / Hardware / Are You Ready to Cut the Cord?

Are You Ready to Cut the Cord?

When I was growing up, my mom worked for the phone company as did my aunt. They both had worked there when they were younger and were able to start with some seniority when they decided to rejoin the workforce after taking time off to raise kids. I don’t remember a whole lot about it; I do remember that the government stepped in and made the company split. When the company divided, my mom went with one division while my aunt went with the other. It was interesting to see how something as simple as phone service could change… and could so dramatically change lives.

A few weeks ago, the latest edition of one of the local phone books was left on our porch. I was reminded how different things are now from then. As a teenager, my folks needed to invest in additional phone lines. At one point we had a family line plus another to accommodate my father’s construction business, which he ran from our home. Eventually he expanded to a traditional office. That’s about the time they realized teenagers can hog the phone. Especially when there aren’t things like internet, texting, cell phones or anything on the three TV channels available. 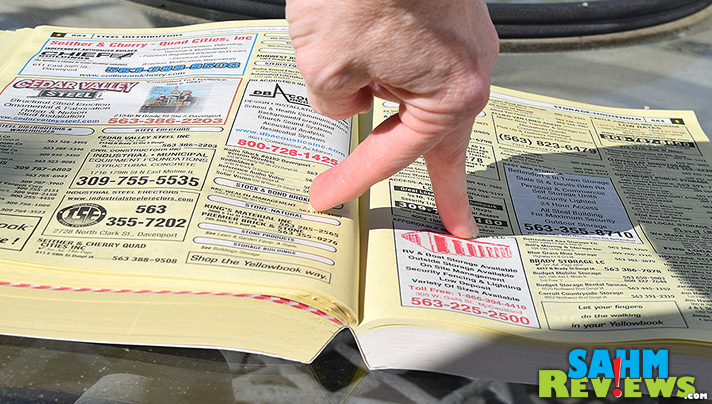 Talking on the phone was a way of staying connected with family and friends and a form of entertainment back then as much as texting, surfing and social media are today. The difference is that there isn’t a need for a “teen line” or a “business line” because so many people, including kids, have cell phones. At the same time, phone books are becoming obsolete because more and more families are cutting the cord all together in favor of mobile devices. People are also dropping other services such as cable and satellite, too. With alternatives like Netflix, people can enjoy their favorite shows and movies by streaming to their TVs, smartphone or tablet. You know we’re #StreamTeam members so we obviously share a love of that service.

As technology continues to improve and advance, there are so many opportunities arising to simplify and enhance our lives. Unless you’ve been living under a rock, you know the iPhone 6 and iPhone 6 Plus just released and people were literally lined up around the block to upgrade their phones! Great technology paired with U.S. Cellular’s reliable 4G LTE network give people the confidence to cut the cord but still be connected.

Whether you want to stream a lot or a little, drop your cable or satellite, the options are great. Google Play, Hulu Plus, iTunes and Netflix used on Roku, Apple TV, Amazon Fire or your various smart phones and tablets. One thing is certain though; if you plan to drop your landline, make sure you have a reliable phone service.

20 comments on «Are You Ready to Cut the Cord?»