Have you ever had a favorite restaurant, food or product that was a staple in your life? One that you used every day without really thinking about it… Until the day they discontinued it or it closed down. Yup. That is how I felt for a week with no phone. I didn’t realize how much I relied on it until I didn’t have it.

During Christmas, our family took a Carnival cruise. Scott and I discussed how we wouldn’t have access to the internet, text or phone unless we signed up for the ship’s service. My response was pretty confident… It’s only a week. We’ll be on a ship. Busy. It’s vacation. I didn’t see any reason to need my phone. It isn’t like I was going to need directions somewhere or scan any items at a store to price check.

I don’t like to admit when I’m wrong but, holy cow, I missed my phone. There was one specific moment when it really hit me. The girls and I were going to watch the Hasbro Family Game Night show together. They were going to check themselves out of Camp Carnival then we would meet and go together. When they didn’t show up right away, I figured I would head down and save seats for us. If they went straight to the show, I would see them come in. If they went to the stateroom first, Scott could direct them down. The clock ticked closer and closer but they never showed. I checked my watch every few minutes, scanned each entrance and kept surveying the room in case they happened to sneak in and I missed them. Leaving the room to go hunt for them seemed silly but sitting there waiting for them was causing me a bit of anxiety. All I wanted to do was text Scott and let him know what was going on in case the kids showed up at the stateroom. But I didn’t have text. Small things like that happened for an entire week as I would reach for my phone only to realize I didn’t have use of it. At least I was on vacation, not lost, not late and had no real commitments.

The same can’t be said for Mark Malkoff who, starting today, is taking the No Phone Challenge. For an entire WEEK… During a NORMAL week! Mark, known for stunts like handcuffing himself to his wife for 48 hours and living inside an Ikea for a week is giving up his entire phone until February 11, 2014. Check out the video to see Mark’s initial feelings just a few hours before starting. Tune in to see how the No Phone Challenge is going and catch additional details from Mark on Twitter, Facebook or via his YouTube channel.

As a U.S. Cellular customer, I’m able to experience their fast, reliable network and realize how much I depend on the ability to connect with family and friends, research information and not get lost while trying to find something. With a mobile device in hand, anxiety about not being able to locate someone is easily resolved by simply texting them or pinging their phone. In an age where we’re so dependent upon our mobile devices, it’s really difficult to be without them. U.S. Cellular knows the importance of having a network that works where you live, work and play. It’s easy to take your mobile phone for granted when you are covered by U.S. Cellular.  Customers like Mark “love their network” and easily forget what it’s like to have dropped calls or no network coverage since U.S. Cellular’s high-speed network has the highest call quality of any national carrier. U.S. Cellular delivers an unmatched customer experience. Here’s a quick glimpse of how Mark is doing:

@SahmReviews @USCellular Thank so so much! It’s only the start of day one and I already miss my phone. #nophone

Are you ready to take the challenge? What would you miss most about not having a phone. Share your thoughts on Twitter! 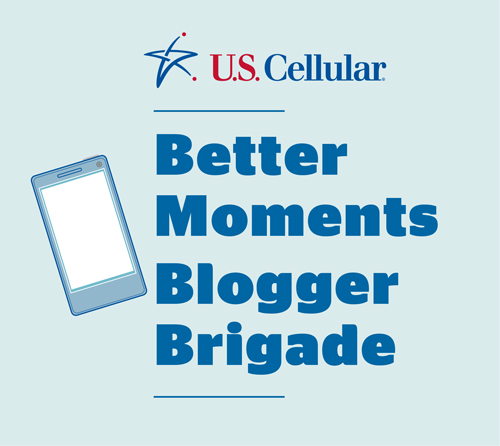 If you’re tired of having a service that makes you feel like you have No Phone even when you do, check out the latest promotions from U.S. Cellular. They’re currently offering $100 off all smartphones for new customers or when adding a new line. For a limited time, phones including the Samsung Galaxy S® 4 Mini, Samsung Galaxy Mega™and the Motorola Moto X™ are only a penny. Beginning tomorrow and ending March 31, the Samsung Galaxy S® 4 will also be included in this deal!

39 thoughts on “No Phone? No Way! At least not willingly!”