I don’t know about you but my dad and my husband have always been the most difficult to buy gifts for. Their lists of wants is always so short and their list of needs is non-existent. When they need something throughout the year, they just buy it because they obviously need it for a reason. I’ve always been at a loss for what to get hubby but there is one thing I’ve done every year since the kids were little that has always been a winner: a birthday journal.

Several years ago, I read a story in a major magazine about a journal a family had created for their father. As young children, they would draw a picture or write something in the journal. As they grew older, they continued in the form of a letter, story or note of thanks. As adults, they still contribute and it is something their father treasures greatly. It sounded like such a fantastic idea and it was something that couldn’t be bought. Except, of course, the journal itself.

With a vision of what I wanted, I set out to find a journal deserving of this amazing husband and father. What I found was…well… girly. Store after store, every single writing notebook and journal I discovered had flowers or something “pretty’ on it. Wish I had realized there were sites like Rustico Leather with attractive leather journals. Definitely more manly. 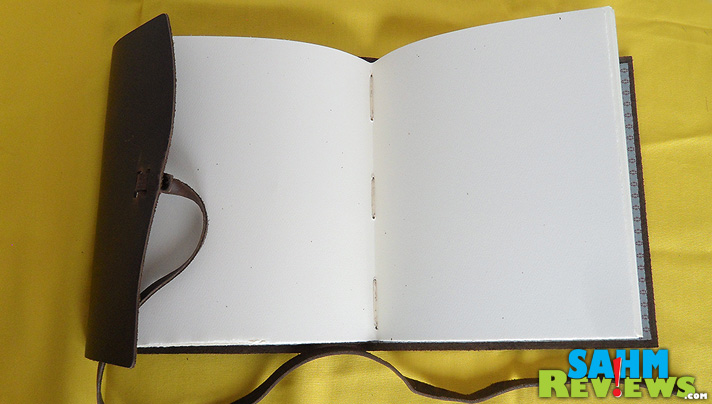 My first entry was hubby’s birthday in 2005. The first page was reserved for me where I explained the idea along with my personal thought, feelings and birthday wishes. Our youngest wasn’t even six months old and our oldest had just turned two. I took the opportunity to outline their hands since they were obviously too small to write. Miss M “wrote” her version of Happy Birthday. It only took a few years before they were each able to really participate. 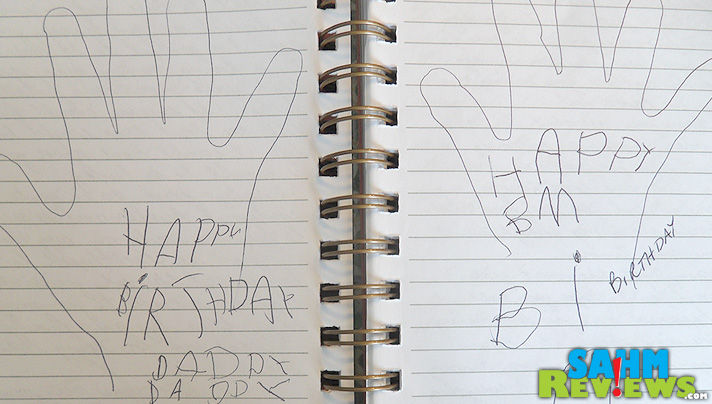 In subsequent years, they’ve drawn pictures and written something. The outline of their hand is something we still do. My, oh my, they have grown. Not just physically but also emotionally. When they wrote in his journal this year, they put great care and concern into their words. After so many years, they understand the importance of this simple bound book.

Our only rule is that as we are preparing to write, we are not allowed to read what we have written in prior years. It has to be heartfelt and original. Each year, I use it as an opportunity to chronicle the time since hubby’s last birthday and reference adventures and achievements, opportunities as well as hurdles. I always make myself scarce when I give it to him so he can read it without someone watching his reaction.

It’s one of the few gifts that I have given him that I’m truly proud of. 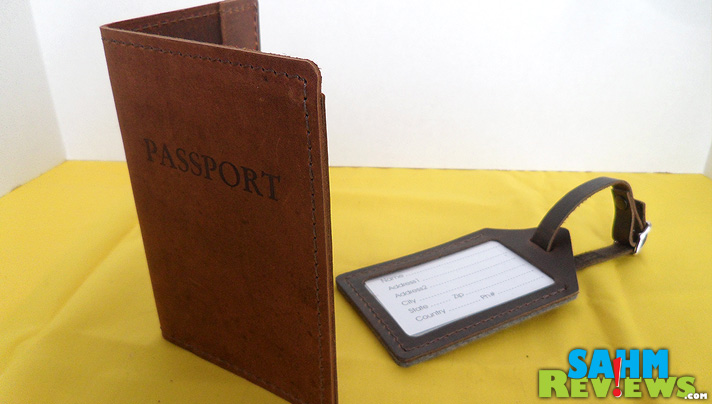 Alas, we still have pages open in our current journal but when we run out, we’ll be switching to something like this instead. If you’re looking for a priceless idea for the man in your life, consider the birthday journal. I think this is a great gift idea for a father-to-be!

Is your man hard to buy for? What types of gifts are always winners?

62 thoughts on “The Best Birthday Gift for Dad”