Home / Food / Appliances / Not All Breasts Are Created Equal

Not All Breasts Are Created Equal

It’s official… I’m no longer friends with my willpower. It has failed me. For quite some time, I was able to focus on my eating habits and portion control and lose weight. For just over 620 days, I logged into MyFitnessPal diligently. I measured my foods, scanned them in so I could keep track and saw success along the way. Then I missed a day and broke my streak and told myself I would be fine. With a new arsenal of foods like meatless chili and sauteed Parmesan and garlic cauliflower, I would be able to reach my goal without the daily grind of logging and tracking it all. I was wrong. There’s more to weight management then recipes.

That was 10 months ago and in that time, I’ve managed to gradually creep back up… a little at a time. Now my clothes don’t fit like they should and I’ve already ditched all the clothes I shrank out of. DH has had the same experience. Rather than give in to a bad situation, DH and I have decided to reclaim control.

A few weeks ago, we started logging into MyFitnessPal again. That meant that we were now being accountable for the snacks (including some really awesome chocolate) that we had been enjoying in between meals and before bed. It also meant less fast food and more chicken. 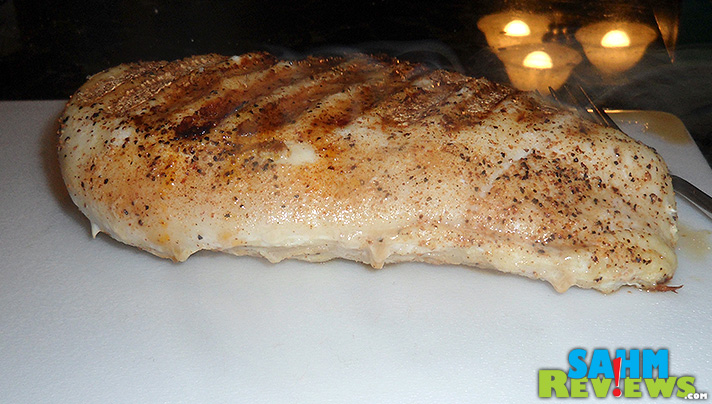 We also started weighing our foods again. One of the reasons we quit doing that is because the scale we had was glitchy. We were having to replace the battery about once a week and of course, it was always while we were trying to weigh something that you couldn’t easily guess on.

When we had a chance to test out the Ozeri Touch II Digital Kitchen Scale with Microban Antimicrobial Product Protection, we decided it was perfect timing. It’s a nice looking scale with a top that is easy to clean. What I like most about the Ozeri kitchen scale is that we are able to place a plate on top of it and zero it out (tare). This allows us to place a separate plate onto it then weigh without getting the scale dirty. It’s very useful when you are trying to weigh something messy – or something that has a lot of juice to it that you don’t want to lose. 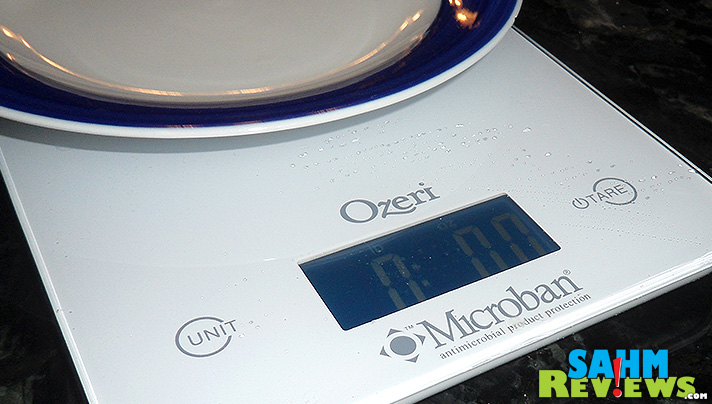 During our downtime, one of the biggest mistakes we made was that we forgot what our recommended portions sizes looked like. Gradually, our portions were creeping up above what they should be. I should have known better because that was actually one of the things I noticed most when people asked us how we were losing weight. We would explain that we made healthier choices, eating chicken and fish, doubling up on vegetables at each meal. So often people would say “Well, I’m eating chicken and having salads but I’m not losing weight.” When I would see them share a food photo on Facebook or I would eat out with them, I would easily see the problem: not all chicken breasts are created equally. Having “one chicken breast” is not the same thing as having one proper portion. Weighing it is the only way to ensure you’re not taking more than your recommended serving size. Unfortunately, here we were, failing on that one simple rule of weight management..

Well, no more. We’re back to weighing our protein portions while measuring our other foods such as salad dressings. 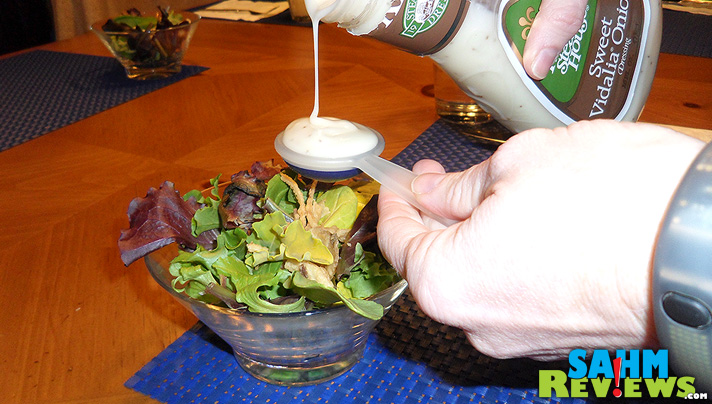 Yes, we still have fast food but we are (once again) more conscious of what we are ordering. Every small step to get us back on track is what matters.

If you want to get on track with an Ozeri kitchen scale like we’re using, grab one on Amazon for under $30.

41 comments on «Not All Breasts Are Created Equal»