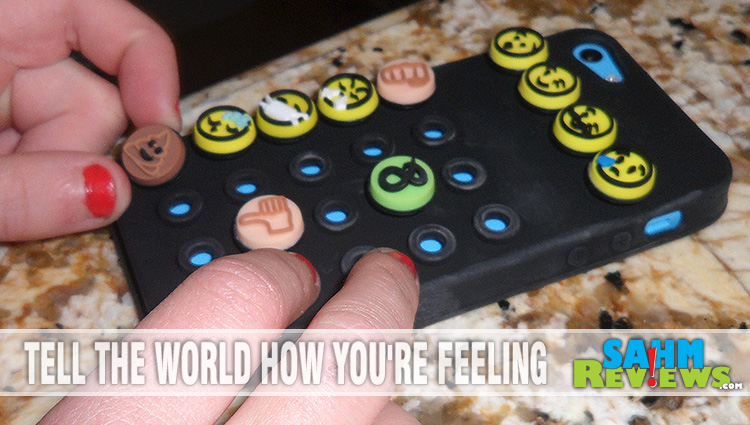 Do you ever have something happen and at the time you don’t realize how significant it is? In the early 1990s, I had one of those experiences. As we sat huddled around a computer surfing on CompuServe, we were amazed at the ability to get an immediate response from some unknown person in some other part of the digital world.

While my memory about a lot of things is fuzzy these days, I vividly recall a conversation where the guy on the other end typed a : followed immediately by a ). When we inquired from him what that meant, he simply said “tilt your head to the left” and he typed it again. In unison, we tilted our heads and discovered what, these days, is totally recognizable to people of all ages.

Emoticons have come a long way since then becoming an integral part of having a digital conversation. Not only that, but they are also commonly used on clothing, scrapbooking supplies, jewelry and even home decor.

It was only natural that they made their way into something that kids of all ages would want: a fashion statement. We discovered Emoji Icons at the Chicago Toy and Game Fair where we had the opportunity to interview them.

They provided the girls with a sample bracelet and phone case and simply wanted their feedback. The girls both thought these bracelets were… let’s just say… 8D!

Emoji Icons products are basically bracelets and phone cases decked out with interchangeable emoticons and symbols. If you remember the Croc Shoe charms, it’s kind of the same theory. Each bracelet and phone case comes with a predetermined number of icons. Random packs containing additional icons can be purchased separately.

The CollectEmojis team wanted to know what others thought also, so they shipped us some samples to share with friends. We had a few different get togethers to distribute what they sent us. 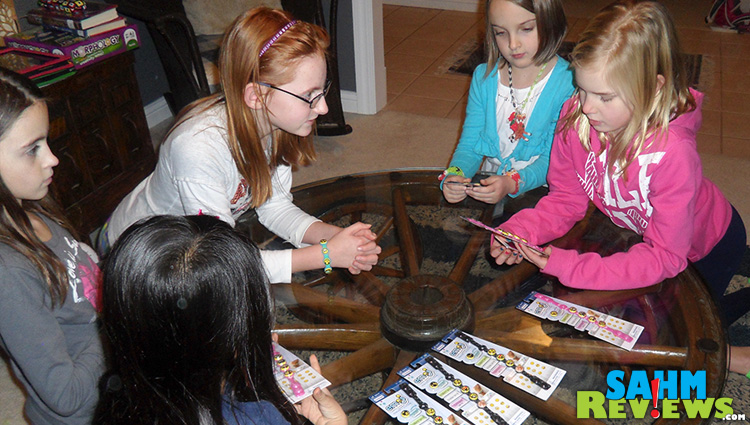 During one session, the girls each selected a bracelet (none of them had phones or iTouch that fit in the cases we had). Then, they randomly exchanged the interchangeable icons. Each determining ones they didn’t want and utilized the “take a penny, leave a penny” process.

During the other event, one of the older girls grabbed an iPhone case while the younger girls grabbed bracelets and a variety pack. Immediately, they started trading to get ones that spoke to their personalities. As you can see from our featured photo, sometimes symbols speak louder than words. Surprisingly, the most popular icon was the one representing poop. Seriously. 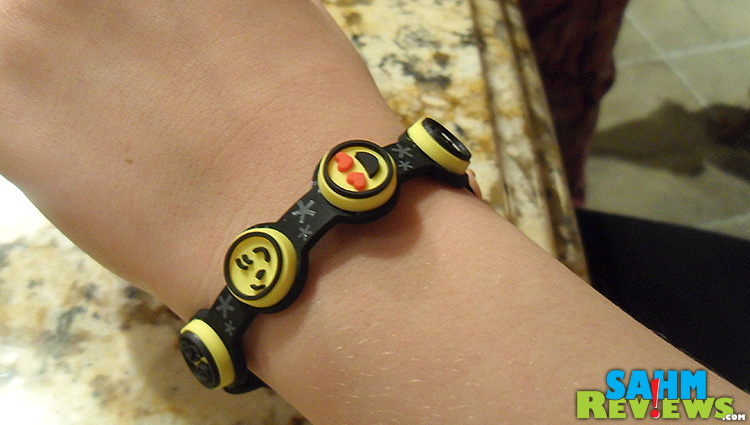 These products are extremely affordable and make great gifts for classmates and kids of all ages. If you’re one of those families that likes to create gift bags for birthday party guests, these would make a fun addition. Much better than a lot of the disposable fodder that comes in prepackaged party bags!

For more information on Emoji products, check out the cute video on their website, catch a smiley on Instagram or Facebook or even Tweet some emoticons with them. If you’re looking to pick up a few as gifts, they’re available at Toys R Us as well as on Amazon.

4 comments on «Wear Your Emotions»