If there’s one thing I know, it’s that just because something seems like it is for kids, doesn’t mean it is JUST for kids. Whether we’re talking about toys or foods or projects, being swept away into the magic that is youth is something worth taking advantage of.

I cannot tell you how many of my friends on Facebook have purchased one of those loom sets only to find themselves engrossed… and enjoying… the projects that they’re able to create.

For us, it was Disney on Ice.

We attended Feld Entertainment’s Disney on Ice Passport to Adventure at the iWireless Center this past Thursday. Before heading to the event, we decided to dine at River House Bar & Grill across the street from the arena. The restaurant was packed with young kids dressed in their favorite Disney princess attire. When we arrived at the show, the audience makeup was very similar to what we had experienced at the restaurant. 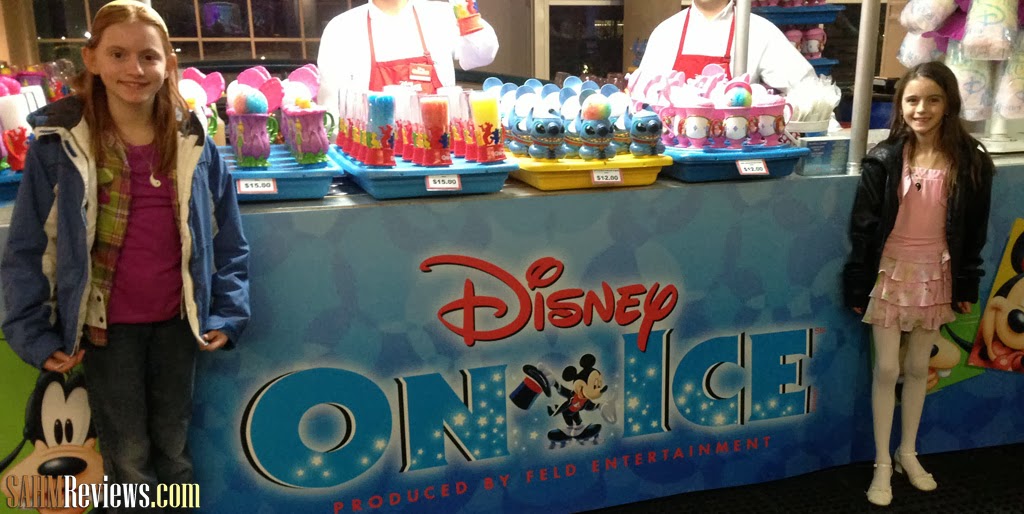 This was our first Disney on Ice event since attending High School Musical when the kids were extremely young. Reflecting on that production reminded me that it isn’t about age. It’s about the experience.

Disney on Ice Passport to Adventure is a trip around the world as told by Mickey, Minnie and their team. They visit a variety of lands and showcase familiar stories and characters.

If you remember the story of Peter Pan, you’ll be able to relate to it told in an abbreviated form as the skaters glide around the ice, perform on the elevated stage and even fly. Yes, they fly. I witnessed it myself. Spoiler alert: Captain Hook does encounter his old friend the crocodile!

The show features ‘newer’ characters to the Disney line such as Lilo and Stitch. When Lilo went to the shelter to adopt a dog, she found Stitch in need of a home. As they asked “What do you want to name it?” a young child behind me exclaimed “Stitch!” A short conversation with the child’s adult guest brought was purely magical. That child had a sense of pride in knowing something that the rest of the audience did not.

While I wasn’t dressed in a princess outfit or fairy wings, I was 100% Disney at heart while I sat there watching the performance. I smiled ear to ear, giggled like a little kid and even caught myself pointing toward something exciting that happened.

And watching my family enjoy it as much as I did was (Disney on) Ice-ing on the cake. Check Ticketmaster or visit the Disney on Ice website to check the schedule to see when Passport to Adventure will be in your area.

11 thoughts on “Disney on Ice: Not Just for Kids”