Growing up with two brothers, being the one to get to pull the ‘prize’ out of the box of cereal was always such a treat.  I remember days of digging through the box to get to the bottom and grab it before either of my brothers.  But don’t tell my girls that because I make them wait until it comes out of the box on its own.  They love eating cereal and are just as anxious to get the prize as I was.  But since they usually eat the same cereal at the same time, that would mean breakfast battles and I prefer NOT to start the day that way. 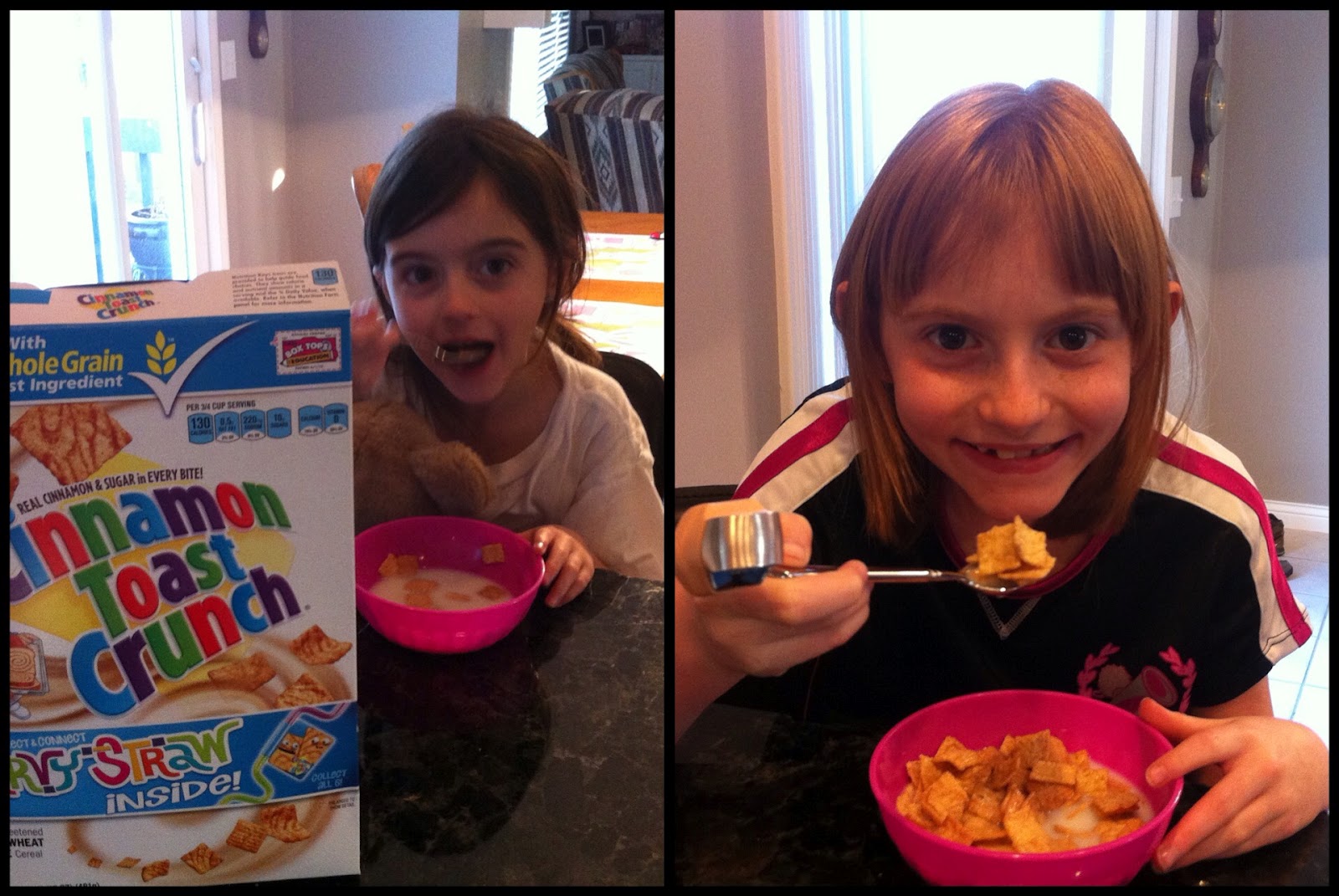 Instead, we’ll make it a middle-of-the-day adventure when the delivery man arrives… As part of a campaign from MyBlogSpark, they shipped me the coolest package of goodies to go along with the box of Cinnamon Toast Crunch.  Aside from the cereal, the package included a bowl that looks like someone is spilling milk, a couple of glasses that light up, a curvy straw (available inside select boxes of cereal) and a few bracelets.  I didn’t have to make choices because there were two of almost everything.  Whew.   Curvy straws, glowing glasses and spilled milk.  What isn’t to love about that? 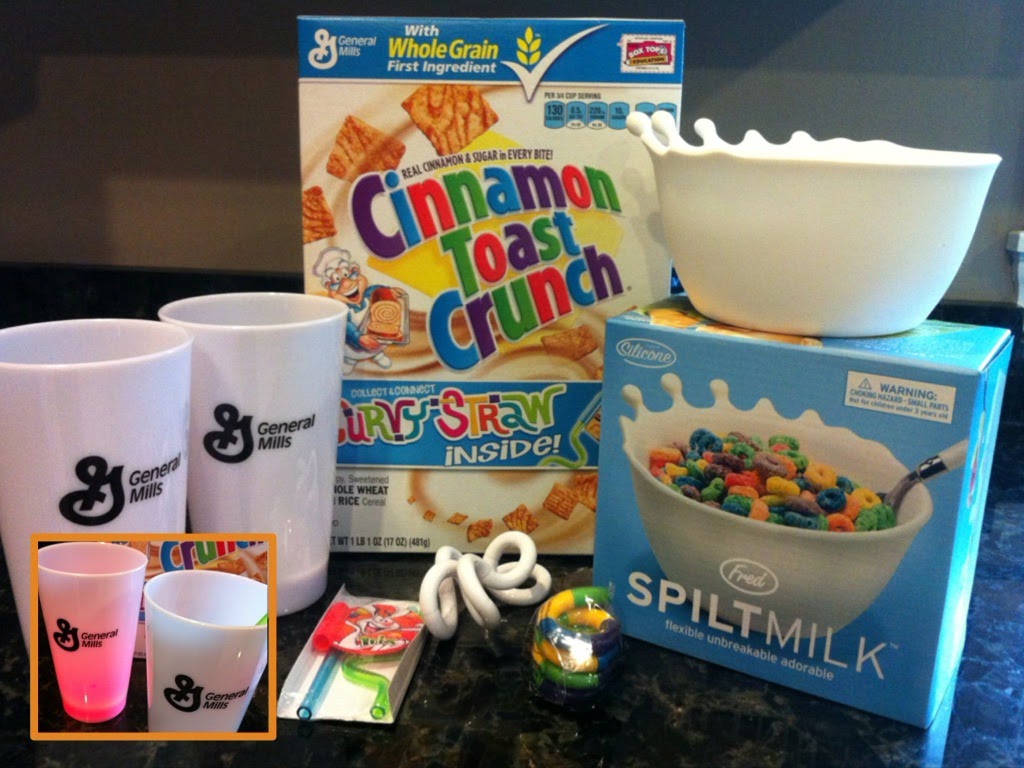 A bowl of cereal, topped with milk, makes a great start to their day.  But for quite some time, I couldn’t get the kids to try new cereals. We would buy a box that I was sure they would like and they would try it and decide they didn’t like it.  I think it has more to do with it not being their idea to buy it than what it actually tasted like.  We’re finally at the stage where they can go down the aisle at the grocery store and pick something out… and enjoy it.  General Mills has several that are hits with the girls, including Cinnamon Toast Crunch and Frosted Toast Crunch. That one is actually one of their latest favorites.  Eating their favorite cereal out of a splashing bowl makes it even better.