When I was younger I had a charm bracelet, that my friends and I would share or trade the charms, so to think my dogs could have charms too was awesome. I love to dress my dogs up in cute little matching outfits or hair bows, and charms would add an even more unique look to their style. 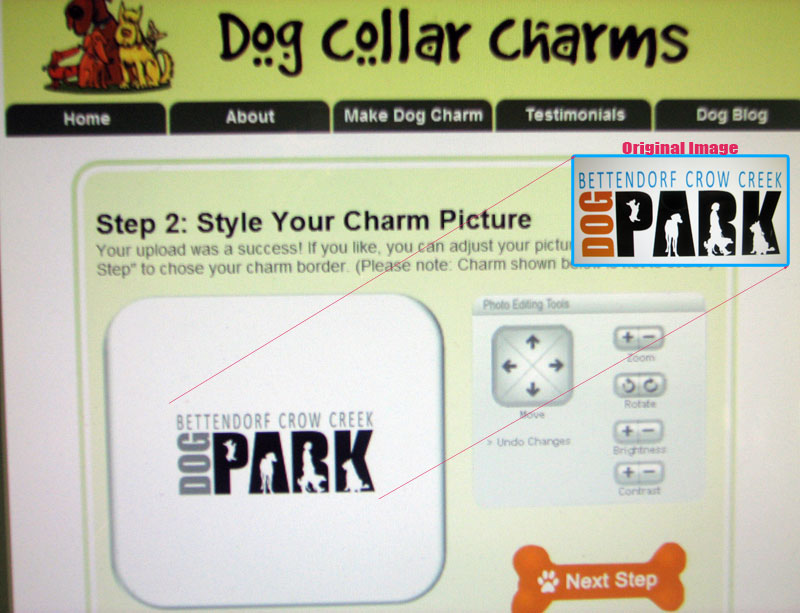 The ordering process was 3 easy steps, as I posted in an earlier post “Daisy Gets A New Bilng Bling“. Step one download a picture, second choose a colored border, and third to check out. So, so easy! 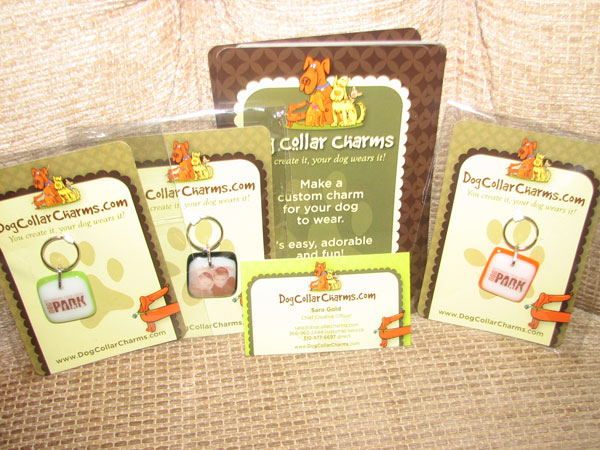 When the charms arrived we (my 6 year old and 8 year old) set out to go to our two local parks with our two dogs, Daisy and Angel. The first was Ed Scheck park where we saw the cutest 2 year old Chihuahua, named Cesar. As the dogs played we talked with his owner Chris and Chris`s daughter Gaby who asked about Daisy`s pretty dog charm. I showed Chris the flier (that had come with the charms) that displayed the 3 easy steps on it along with the website. Chris asked about the cost, when I told her they were $24.95 she said it was a very nice charm, that she would love to get a charm, but with her budget $15.00 was more affordable for her family.  As part of the campaign, I was asked to design and purchase two additional charms to give away so I saw this as a perfect opportunity.  I then offered her a handsome charm for Cesar`s collar… free.  She was so happy she gave me a hug! As we tried to put the charm on the collar, Cesar was becoming very agitated. I handed the charm to Chris so when Cesar calmed down she could put his new charm on. As we were saying good bye Gaby was holding the charm in her hand and smiling, so I turned to Chris and told her about charm gifts on their other website CharmingsCharms.com for adults or kids, if your looking for something that is unique, and personable this is the place. 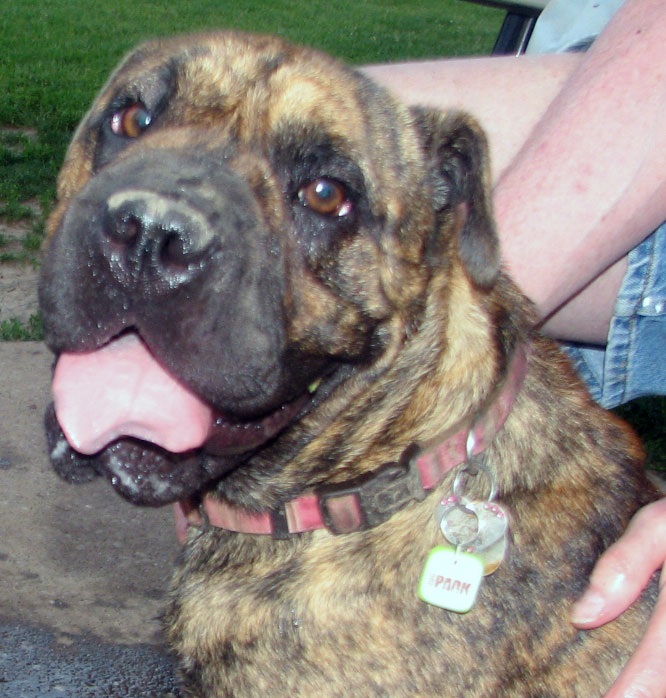 Our second place was the Bettendorf dog park… boy was it crowded and hot. There were so many dogs to pick from but we decided on a beautiful 19 month old bulldog/Shar-Pei mix named Dolly with a unique brindle coloring. Dolly was a true doll.  She came right up to us and gave us huge licks.  As the boys got covered with licks, I talked with her owner John and his friend.  They asked about the durability of the charms and whether it would fade easily.  He liked the charms and asked about other options for pictures or if he could put a number on the charm.  I explained some of the process then gave him a nice flier that came with the Dog Collar Charms so he could read more about it personally. I asked John if I could give Dolly one of the dog charms and you could see the joy on his face when he called Dolly over. She sat so pretty as we finally got the charm on her collar.  She was so excited. Having my iPad with me I showed John the website and he was impressed with the colors and ease of the site.  On the other hand just as the first owner (Chris) had said they would not want to pay the $24.95, John said more like $10.00 for one. I appreciate the honesty of the dog owners feedback, and time they took to talk about the charms and the questions they had.

How to Save on Pet Medications

2 thoughts on “New friends at the Dog Park”