Miss M and Miss K expressed an interest in Pokemon and wanted to spend some of the money they received from our recent yard sale to purchase a starter deck to begin playing. At the store the other day, they each picked out a Pokemon deck to purchase with their own money. Then a third one landed in the basket.  The girls shook their heads and said “What’s that for?” The response “Well, how am I supposed to play if I don’t have a deck of my own?” 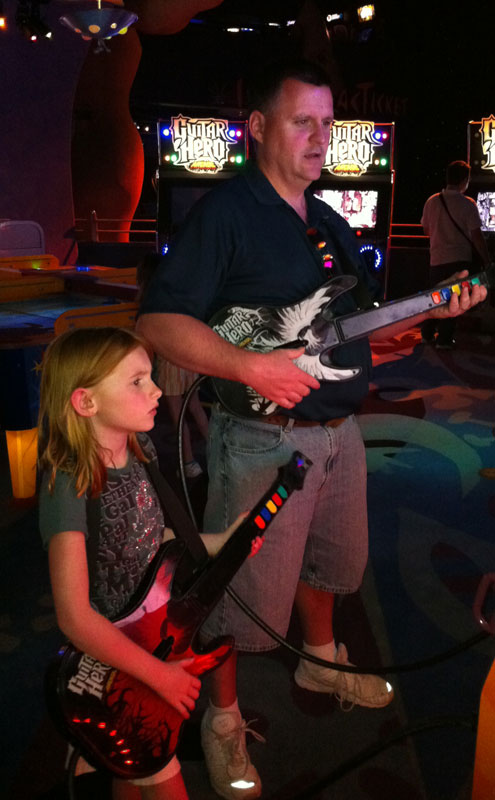 This is the kind of thing that comes from my husband.  Not only does he share in the cooking and household chores with me but he also shares the parenting role with me.  He finds a great balance between serious, silly, strict, loving and fun.  Hey plays with the kids and enjoys them.  When I head to my monthly Bunco night, he doesn’t complain that he has to ‘babysit’ the kids.  When you’re the parent, it’s parenting… not babysitting.  Yet with a lot of families, the working parent needs to squeeze in quality time whenever possible and juggle to fit it in… and that’s where things are a bit different for us.  Yes, I know, most parents share these roles but we’re kind of in a unique situation since we’re both home full time. 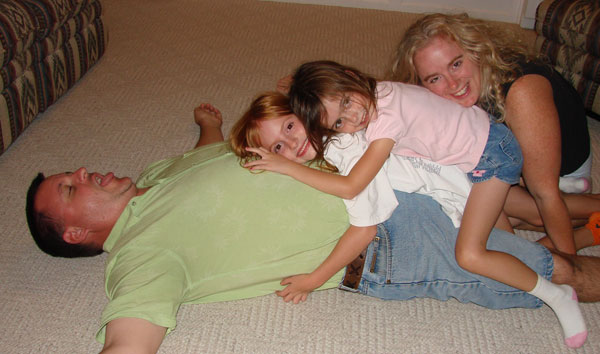 You really need some background to understand why our lives took this turn.  When Miss M was just under a year old, DH’s company went on their annual week-long plant shutdown for Christmas.  We were thrilled to get to see him for more than just a few waking hours a day.  The plant was an hour-plus drive from home with no traffic.  But as most people know, Los Angeles is known for it’s traffic.  So he typically spent about 3 hours on the road each day.  Add that to a 10 hour day.  He didn’t see much of his daughter… and she didn’t see much of him.  So during that plant shutdown, she was perfectly happy sticking to her normal routine which didn’t include dad.  It gave him flashbacks to his childhood when his father was away from home for work, well, a lot.

At that point, he vowed to be an integral part in her life.  You know the saying… if you’re given lemons, make lemonade.  His experiences have turned him into one amazing dad.

So when P&G was looking for bloggers to talk about awesome dads and promote the “World’s Greatest TV Dad” Contest, I knew this was a great opportunity to rave about my wonderful husband.  And so I did.

So what’s the deal with this “World’s Greatest TV Dad” contest? Man of the House has set up a bracket-style tournament with TV dads going head-to-head against each other. Descriptions and biographies are provided about the TV personalities to help jog your memory about some of those (cough) older ones.  I figured it would be easy but honestly, it took some thinking to pick a few.  Charles Ingalls vs Mike Brady. What a matchup!It’s silly and fun but it also can help you realize that great dads come in all shapes, sizes, attitudes and approaches.  There is no right or wrong answer in this contest because the readers (that’s you) will be doing all the judging.  Take a second to stop by and vote… then return to Man of the House again next week to see who the new matchups are.  The winner will be announced on June 17th!

My dad has always been an inspiration to me.  My husband never fails to amaze me. Over the years, parenting styles have changed but one thing has remained constant… a great dad can make all the difference in the world.

Looking forward to seeing what TV dad lands the title as “World’s Greatest TV Dad”. Who are YOU rooting for?