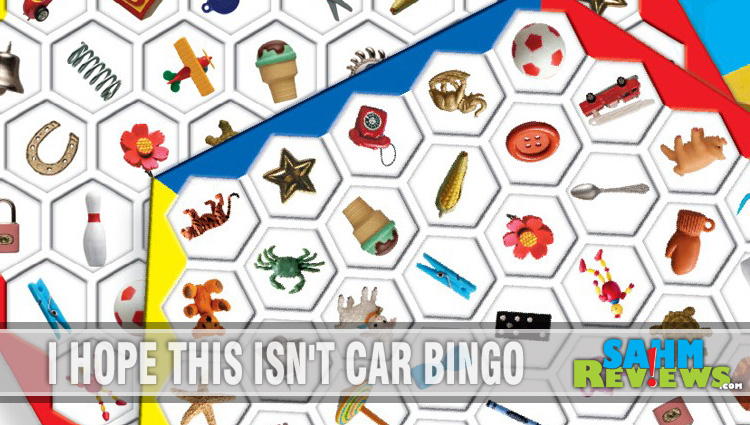 Put a Spin on Bingo

When DH first moved to California, we decided he would go alone.  My reasons for staying behind were twofold – (1) to start to wrap things up and (2) to make sure that the job was going to work out before we packed everything up and moved.

We loaded up our car with things that he would  need to get by for a few months before I got there.  Clothes and essentials along with some side things like our small dorm-sized microwave.  He was going to live in a hotel for a little while until he found an apartment. Then when we were ready, we hopped in the car and started the trek west.

But I only was only going as far as Vegas.  We spent a few days there before he continued his journey and I caught a one-way flight back to Iowa.  While we were there, we played bingo… and I won.  I won a shot in Binion’s money booth and caught a whopping $450.

Any wonder I like bingo.  Haven’t won since but it was enough to bring me back for more.

When we received Bingo Link from Gamewright, I figured with a title like “Bingo” I was certainly going to enjoy it!  Despite the colorful appearance and “I Spy” pictures, it isn’t just for kids.  It’s one of those games that can be played differently depending on the age group that is participating. 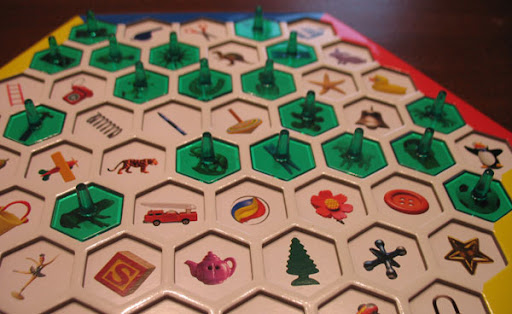 There isn’t a set pattern to follow.  Basically, each person takes a turn a calls out an item.  Then everyone covers it up.  The goal is to be the first person to connect both sides.  Whether it’s a straight line or a zig-zag doesn’t matter.  Connect the red with the red, the blue with the blue or the yellow with the yellow. The space where to colors meet  Pretty cut and dry. 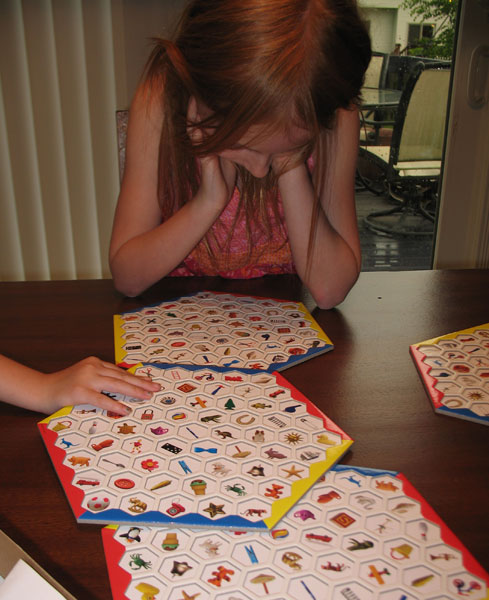 So if it’s so simplistic, why do I say it’s for varying age groups?  Because you’re able to see what the other people need in order to get closer to a win.  If you only have a few things left to cover in order to get a “Bingo Link” then you aren’t going to call out an item that will give someone the win before get it.

It’s strategic for the older kids.  Or in our case, until Miss K got the hang of it, DH was calling out the things that SHE needed.

Thankfully, it’s a very easy learning curve.  It only took a few practice rounds before we all had it figured out.  The main problem we had is that Miss K thought she needed to straight across the page and didn’t realize that she could connect ones that other people called if it worked to her benefit.  As a result, she was having trouble winning because she was only calling the center pictures.

With that said, one of the problem that we had involved the number of markers provided.  We ran out of pieces during one of our games.  Albeit, we were only about 2 short per person, it was still a little frustrating.  But other than that, we didn’t have any issues and found it to be a lot of fun.  One of the best things about it was the fact it was a fast-paced game.

Although I didn’t win any big money on the game, at least it’s a fun way to get a bingo-fix with your kids! Whether you like Bingo or not, this game makes for great family fun and Gamewright provided an extra for one lucky SahmReviews.com reader!

The Prize: Can You See What I See? Bingo Link game (kids not included) – (Giveaway Closed) 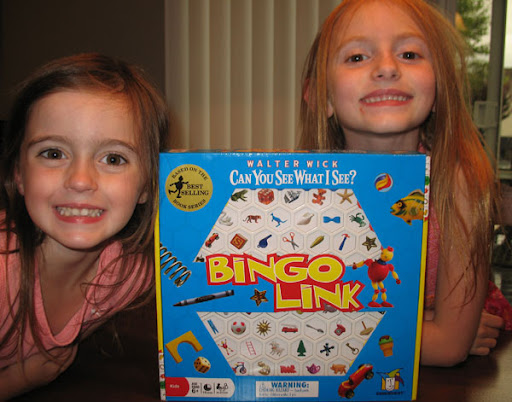