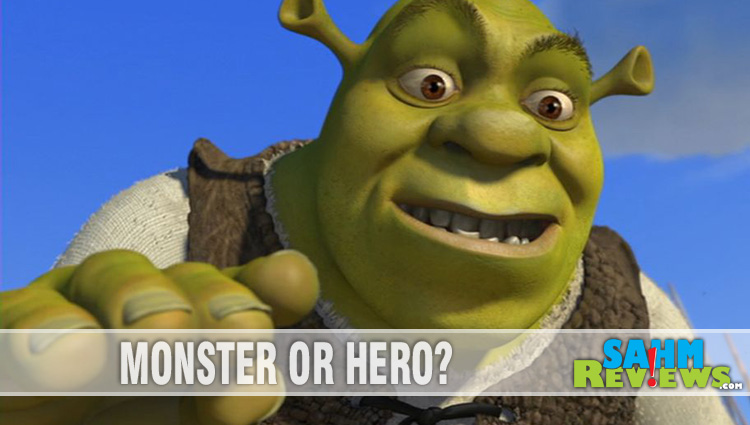 Most adults are familiar with the concept of word-of-mouth marketing… You, know… Have a good experience with a product/restaurant and you’ll tell one person. Have a bad experience and you’ll tell 10.  In 2003, I started ‘working’ with BzzAgent.  When I started, it essentially harnessed the positive attributes of that concept, repackaging it into a very effective marketing tool.  Since that time, other companies have expanded on the practice.

HouseParty is a great example.  Select a hostess, ship her a box full of promotional products and supplies then ask her to invite friends over to share it with.  Brilliant.  I’m a huge fan of getting things for free… But getting free stuff to share with friends is even better. 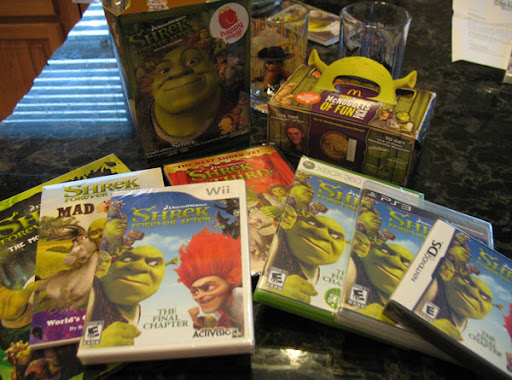 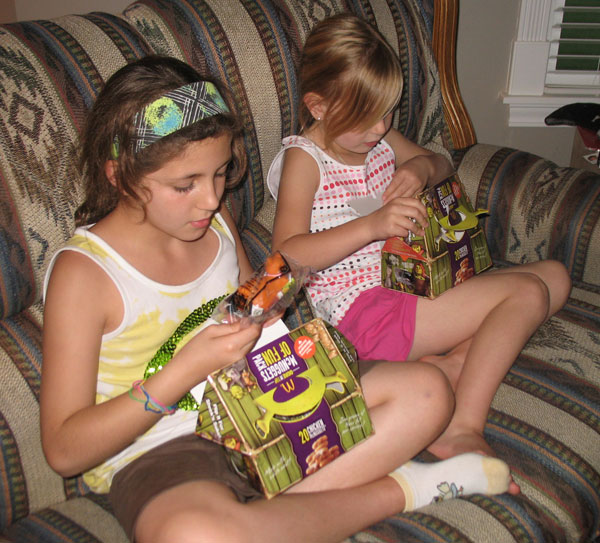 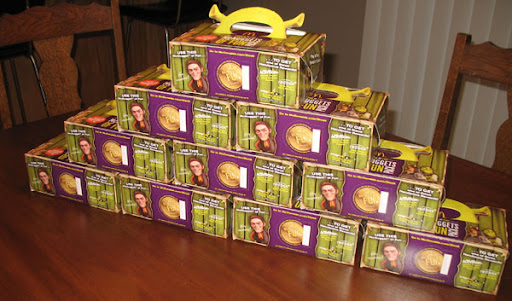 We proceeded to invite several friends (and their parents) over for an evening of all things Shrek. Multiple kids and their moms (plus two daring dads) made it to the party. Waiting for them was a stack of the new McNuggets of Fun Pack boxes which we had filled with the Happy Meal toys and watches along with some door prize coupons

The kids were invited to head to the basement to play Shrek Forever After for the Wii while DH headed off to pick up fresh McNuggets from our local McDonald’s. The game supports four players and kids from age 3 up to…ummm… more than 40, took turns playing. On the upstairs TV, Shrek the Third was playing for anyone who wanted a refresher before seeing the upcoming final movie.

We had contacted McDonald’s ahead of time and arranged for our super-huge order of McNuggets.  To supplement the nuggets, we opted for potato chips and apple juice rather than take the chance of the fries not staying perfectly fresh all the way home.  When DH arrived with the McNuggets, we served up Ogre helpings for all the kids. 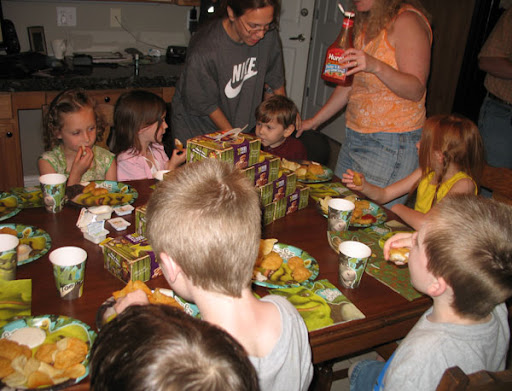 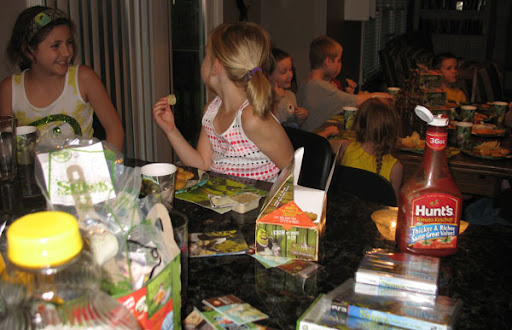 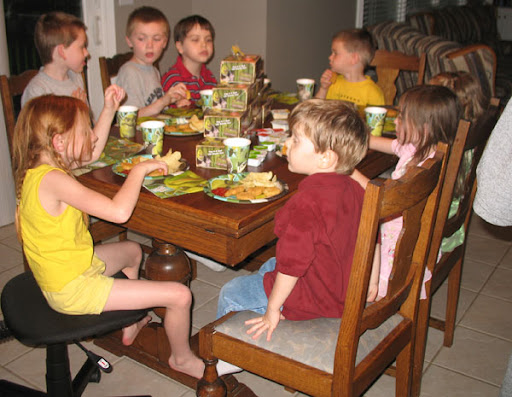 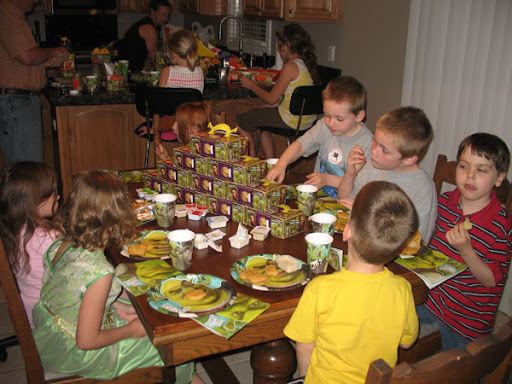 The food went quickly and when the kids were filled up, they were invited to select a Fun Box from the stack. 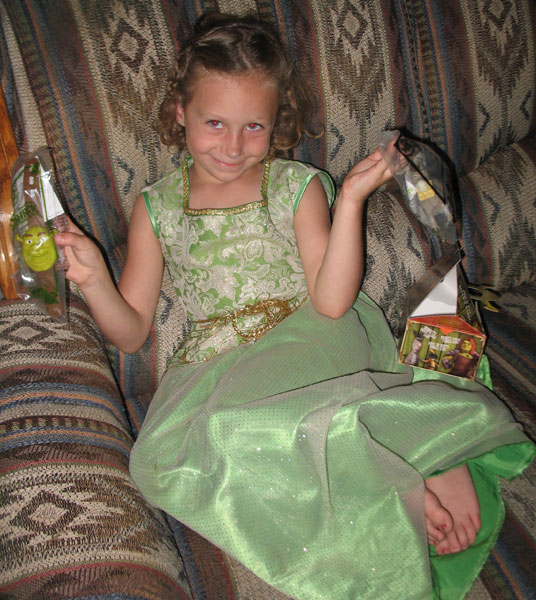 The kids were excited to find a stash of goodies and a few lucky guests walked away with Shrek Mad Libs, McDonald’s Stage M CD and McDonald’s Shrek glasses. HouseParty also provided us with coupons for free Minute Maid apple juice and snack size McFlurry desserts. Rather than include those in the box, I opted to hand those directly to the parents so they wouldn’t get lost. In addition, they also received a McNuggets of Fun  code to go along with the one from the kids’ box, details on the website, information on the prizes you can get for entering Fun Codes at McDonald’s.com/Shrek AND a coupon for $5 off Shrek Forever After video game!  (I also sent moms away with some Uncle Ben’s Rice, compliments of Mom Central! Yes… a post is coming for that, also!) 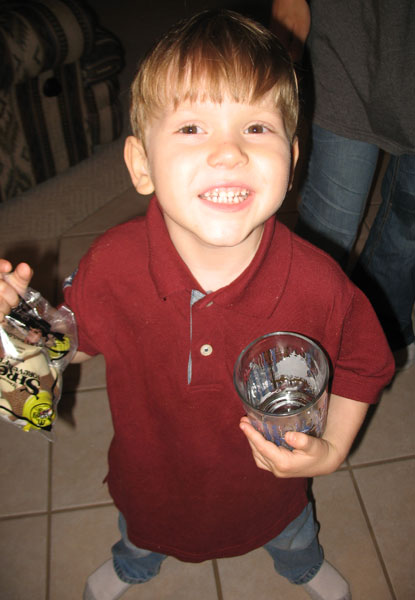 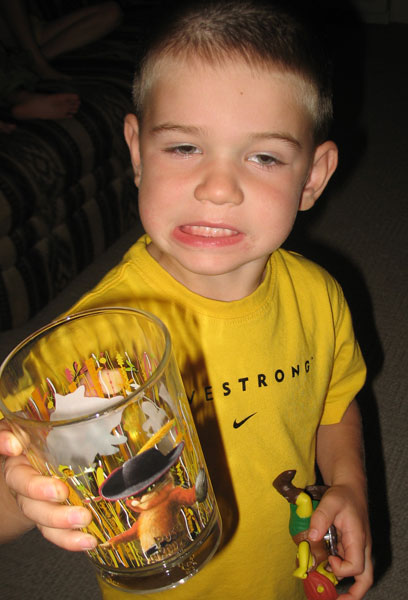 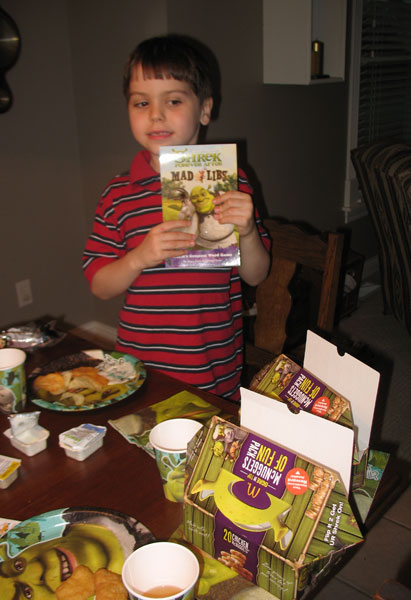 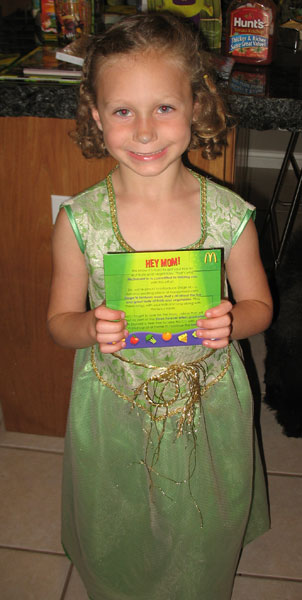 Here are some of her highlights:
“It’s easy to change characters by pressing C”
You can pick from the characters – Shrek, Donkey, Fiona and Puss in boots.
From 1-4 players all play at same time helping each other out.
Only one of each character if 4 players. Sorry, but you can’t have two of a given character. Miss M said, “Some kids got upset about not getting their first choice.” 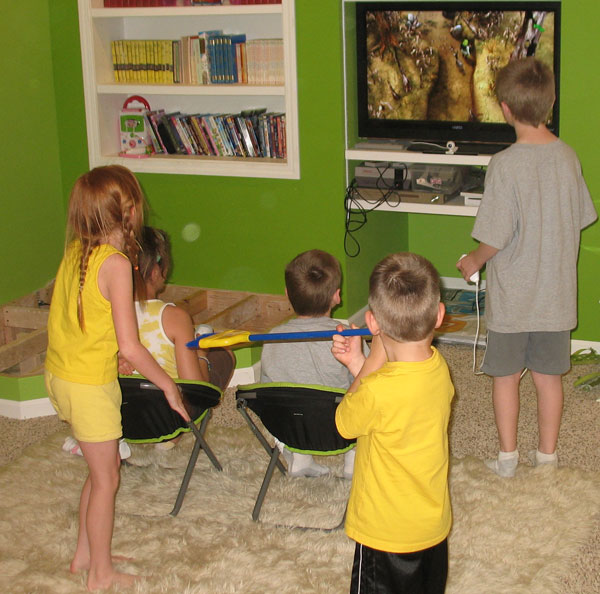 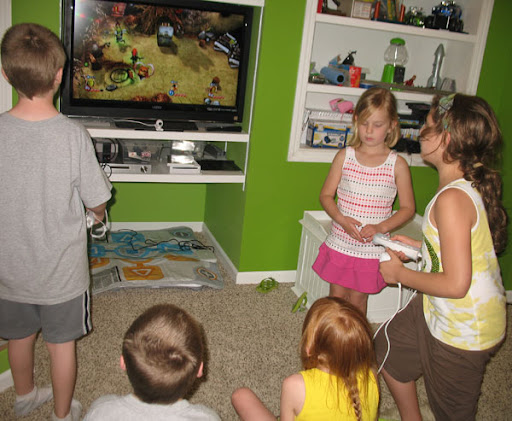 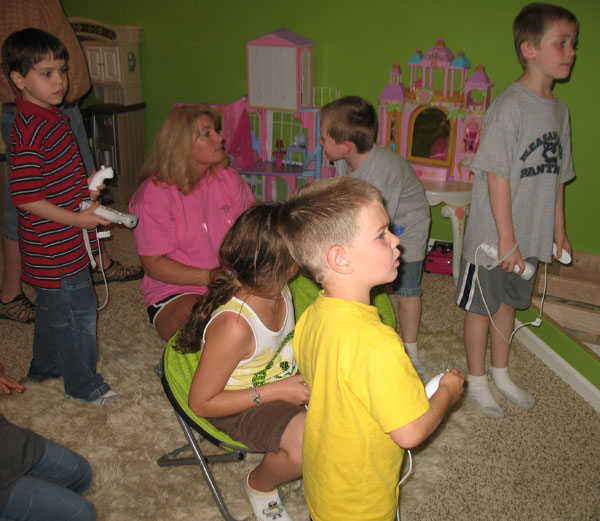 The game is similar in style to How to Train Your Dragon and as I mentioned, was easy enough for even the three year old guest to play. More details and screenshots regarding Shrek Forever After for the Wii to follow in a separate post!

Thanks to all the families who attended our Shrek HouseParty.  Thanks also to HouseParty, McDonald’s, Mom Central and Activision for making this party SHREKtacular!