Mornings around here have been less than perfect. Miss K, I’ve discovered, is not a morning person. As I try to wake her up, she moans and says “not yet mom” and all I see is a teenager grumbling “Just five more minutes.” Need I remind you that she’s only in kindergarten… it’s going to be a long road ahead of us. 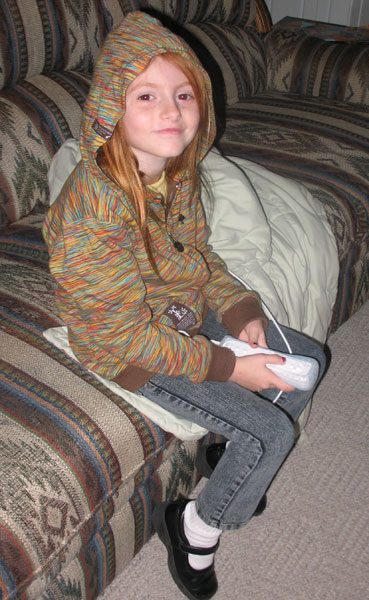 But at the same time, Miss M, my 1st grader who basks in the glory of being the “good” child in the morning, rushes to get her chores done. She knows that whenever she does, I’ll praise her in hopes that her sister will see that it’s good to get ready for school on time.

So each morning, as Miss M finishes up early and has time to kill, she asks “Can I (insert request here)?” Sometimes she wants to play her Nintendo DS, sometimes watch TV. If she has quite a bit of time, she asks to play her latest video game on the Wii, JumpStart Escape from Adventure Island (due to be released tomorrow, November 17, 2009.) We tested and reviewed JumpStart Pet Rescue for the Wii in September and I felt my girls were a little too old for it (target market age 3-6). While they thoroughly enjoyed it, I felt they needed something a little more challenging. Jump Start Escape from Adventure Island targets kids ages 5-9 which is more appropriate for my girls so Jump Start / Knowledge offered us the chance to try it out and I certainly couldn’t refuse!

Well, as a reward for Miss M getting ready on time, she’s been able to play JumpStart Escape from Adventure Island quite a bit. And since I’m usually scrambling to ensure that her little sister doesn’t miss the bus, I didn’t get to watch her playing it the first few times that she did. Even in a different part of the house, I could hear her yell “This game is AWESOME!” Knowing JumpStart’s history of educational games, I asked “Have you been learning anything or is it just a game?” She shook her head and said “It’s just a game.” 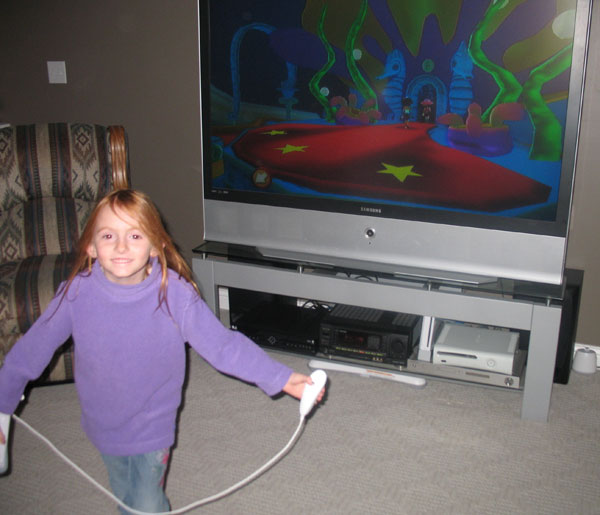 Later, after watching her a bit, I pulled out the game manual and asked Miss M which games she was playing. I pointed to “Rubble Trouble” and asked “Do you plan that one?” She said “Yeah. I play that.” To which I responded, “Honey, that game teaches you math.” “What about ‘Jet Pack’?” “Yes, that one too.” It teaches reading. She said that she really likes playing “Foot Frenzy and Goon Lagoon” too. Foot Frenzy practices dance, beat and rhythm. Goon Lagoon didn’t identify a specific learning activity. Those are just a few of the land activities. Then slide down for underwater equivalents of those activities. 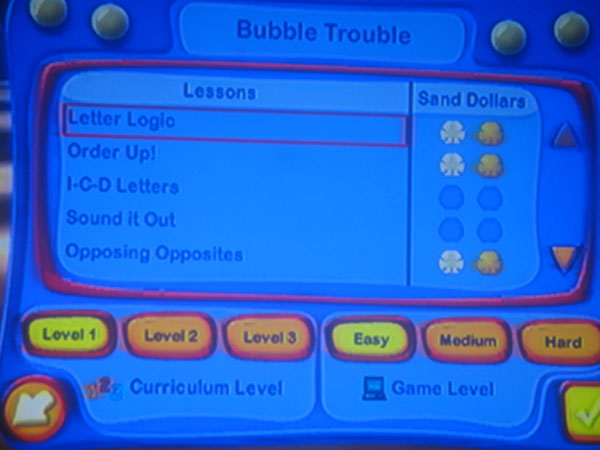 While some aspects of the game aren’t really education-based, such as modifying the appearance of your Jumpee (avatar) or the house, others work on math, reading and rhythm. The picture of Miss shows her strutting her stuff in the fashion show. As you can see from the “Bubble Trouble” pictures, to continue to advance through the game, the player needs to do a variety of activities on various levels. Each activity allows the player to earn sand dollars and there are multiple lessons on three levels as well as easy, medium and hard difficulties. The game encouraged Miss M to play each of the different activities in order to achieve the final goal… earning helium tanks to repair the blimp and get off the island! 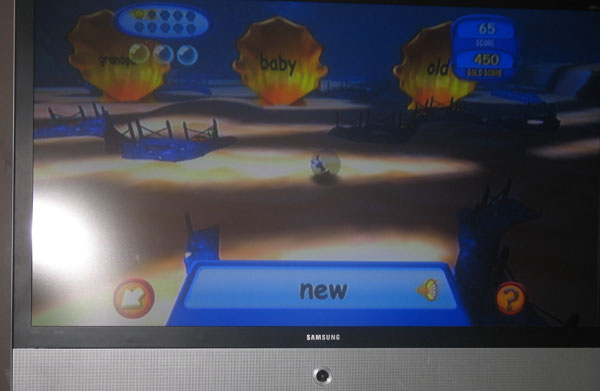 I wondered whether the game would be fun for Miss K, so I asked her if she had played it at all. Her sister had let her nudge in on it once. Before dinner tonight, I let her have a shot at it. Then I asked if she was able to play it okay or if she had trouble. Miss K said she could play it fine… and when I asked which JumpStart she liked better, she excitedly exclaimed “This one!” That surprised me because she really loves Pet Rescue. Although she’s capable of playing games like “Bubble Trouble” where the goal is to maneuver the avatar through a field to find the correct answer. Sometimes it was completing the series of letters “J, K, L, _, _, _” and options would include the correct answer as well as some incorrect ones. In other levels of the same activity, the goal would be to find the opposite of the given word. I was delighted to see the range of lessons within just that one activity.

However, Miss K pretty much only wants to do activities that involve changing outfits or walking the runway. That pretty much explains real life around here so it’s only fitting that it plays into the game that way.

To sum it up, it’s a great educational game and it’s for the Wii. It keeps kids attention while they are practicing basic learning skills. There really isn’t much down side to the game except that I wish it encouraged the kids to be standing rather than sitting on the couch!

Thanks to JumpStart and Knowledge Adventure for providing this game for us to review. It’s been a great learning experience even though the girls don’t realize it! Your kids not old enough for Jump Start Escape from Adventure Island? Then give JumpStart Pet Rescue a shot. Don’t have a Wii? Check out the online game! For more information about JumpStart, find them on Facebook, Twitter or read their blog!

2 thoughts on “Starting the Morning with a Jump”