Since the girls were babies, we have paid the fees to keep their passports active. It ensures we are ready to take a family cruise, visit beautiful places like Turks & Caicos or even be able to cross over into Canada while visiting the northernmost states. While adult passports are good for a whopping ten years, you have to renew children’s passports every five. Aside from the cost, it’s also requires an in-person application with both parents present (or an affidavit from whichever cannot).

Madison’s passport came due right before her 16th birthday so we made an appointment at the local post office to ensure it wouldn’t lapse. SOOO many things are different when they turn 16 and I’m not referring to the fact that is when they get their first driver’s license. As we sat there, the clerk offered us the best passport advice: If we don’t have plans to travel before or shortly after her birthday, then wait until she turns 16. What we learned is that only one person would need to be present for the application, but it would be issued as an adult license and valid for ten years like ours! She would be 26 before it would need to be renewed! 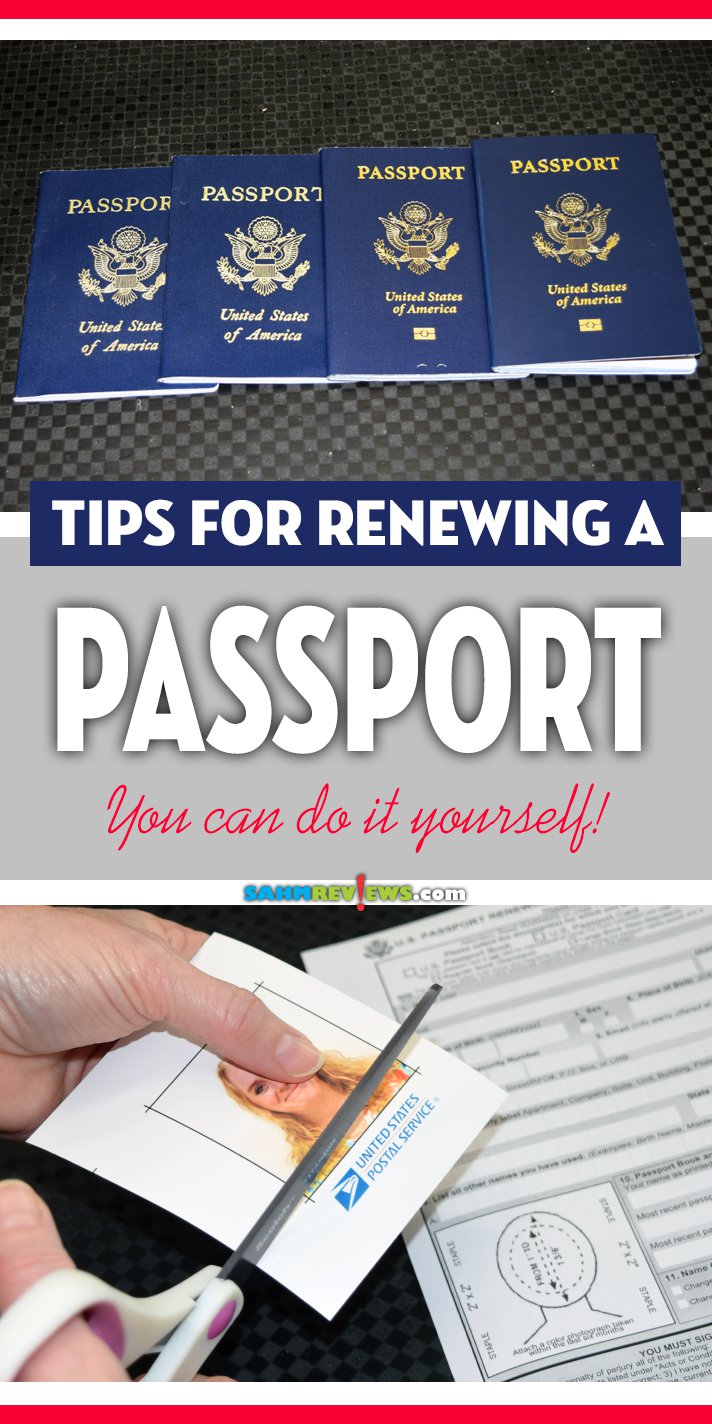 Kennedy’s 16th birthday took place in the midst of the pandemic so it made the decision to hold off on her renewal pretty easy. When I finally had a chance to schedule it, I realized that mine was ready to expire as well. And since Scott and I always take care of them at the same time, that meant his was prime for renewal too.

Once again, I scheduled an appointment at the post office then proceeded to get the necessary paperwork together so I would be ready. To start, I logged onto the U.S. Department of State website. The website offers several walk-thru features that help you determine the requirements for your specific situation.

There’s an option to print out the passport form and fill it out by hand, but you’re less likely to run into processing errors if you prefill the passport information. Just like preparing for the DMV, it’s better to be over-prepared than under. 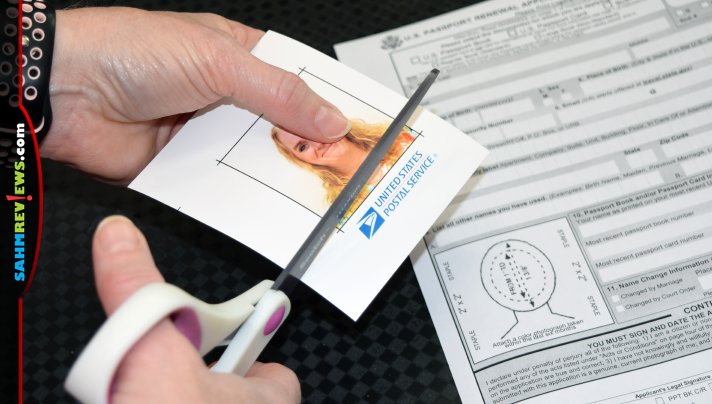 Where to Get Passport Photos

You’ll also need to obtain a passport photo and there are a number of places that offer them including Walgreens, Costco and even your own home. BUT there are very specific rules regarding things like the image background, the size, subject zoom/placement, facial expressions, hair and glasses. When you factor in the cost of acquiring the photo from the post office during your application appointment, the time saved by not needing to stop somewhere else and the assurance that the photo won’t be rejected during processing, it’s worth it to just get it done at the post office. While it may vary based on your location, the price at our post office and Walgreens (where we would have otherwise obtained ours) was exactly the same. 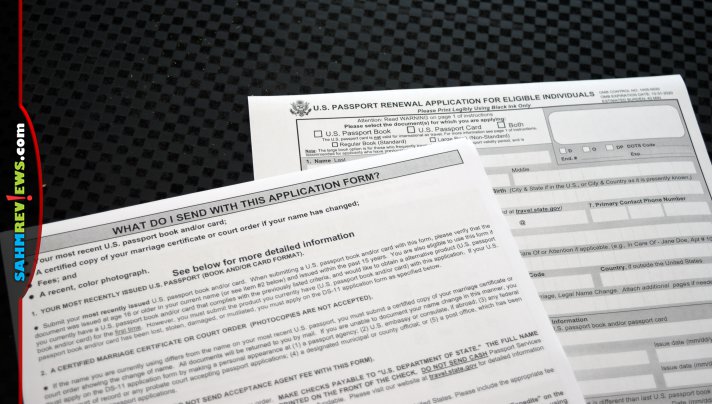 What to Bring to a Passport Application Meeting

I arrive with the pre-printed form, the applicant’s most current passport, birth certificate and social security card along with photo identification for each of us. You’ll also need to have a cashier’s check or a checkbook in order to pay the U.S. Department of State passport application fee so don’t forget that! Be sure to arrive several minutes early for your appointment. I realize each location has their own rules, but they turned away the person who had an appointment before us because he arrived two minutes late. His tardiness would have meant his appointment encroached on our time slot and they don’t allow that.

Tips for Renewal by Mail

I’m going to be completely honest and admit that the real reason for this post is that I get weary whenever I have to fill out anything official. I’m always worried that I’ll do something wrong and it will get flagged, delayed or rejected. Despite reading all the rules (like that you cannot smile or wear glasses in your passport photo), I still had several questions that I didn’t find answer to online. I filled out my renewal paperwork and Scott’s, grabbed our most current passports, printed the recommended mailing address then put it all in the envelope with Kennedy’s. While the clerk was waiting for the photo approval to come back for Kennedy’s application (yes, they check it on the spot which is another reason to have it taken there), I asked a few of my outstanding questions such as:

Can two (or more) adults who are both eligible for renewal-by-mail include their applications in the same envelope?  Yes.

Do I write one check or does each application require its own check? Each requires a check be stapled to the bottom of the form below where the picture is attached. The full name and birth date of the application must be written on the memo line.

She had been incredibly helpful so I decided to ask if it would be possible (time permitting) for her to take our photos as well even though we didn’t have an appointment. The woman proceeded to explain to us about the photo rejections that happen when utilizing photos taken elsewhere so agreed to take care of ours. She then asked if I had all the paperwork ready. When I showed her that I had done everything except the photo and check, she offered to help finish it up. 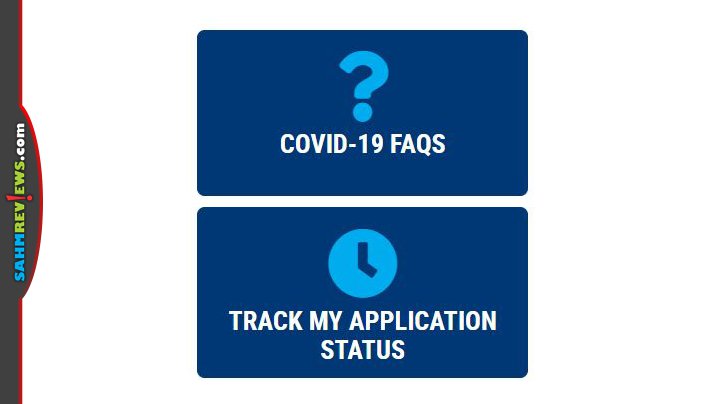 When our photos were done processing, she adhered the images (stapled in the designated spot), stapled the check, clipped the old passport and handed it back to me along with an envelope. She confirmed the address I needed to send it to as well! The only thing left to do was pay the post office processing fee, image fee and postage to mail our mail-in applications. As she handed my receipt to me, she wrote the government website on the back and provided instructions for how to follow up on the status of our passports!

Oh, and in case you’re skeptical about photos getting rejected, she had to take mine twice because the first image was kicked back!

So if you’re itching to start traveling when the world opens up again (which it is starting!) then get your passport ready, watch the airlines for travel deals and go!

Do you have a current passport? Where will you travel first?

17 thoughts on “Tips for Renewing Your Passport”