Considering the state of the world right now, this week’s Thrift Treasure find is something of a kick in the teeth. Traveling has come to almost a complete halt for the world and I can’t remember the last time I left this state, much less entered an airport. Vaccine promises are all over the news, so hopefully the drought will come to an end soon. Until then, I have this copy of Itinerary we found at our local Goodwill.

Itinerary is billed as “A Fast-Paced & Amusing Board Game for Travelers of Both the Real and Armchair Variety”. Keep reading because I don’t think you’ll find anything “Fast-Paced” nor “Amusing”. I’m not suggesting it’s a bad game, but even in 1980 when this game was published, it was neither of those things. 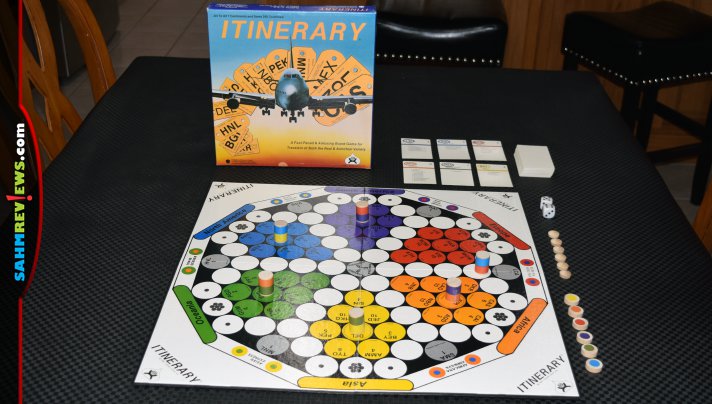 The goal in Itinerary is to take plane trips around the world, visiting a minimum number of cites based upon player count. Planes are represented by wooden barrels with two-color stickers applied. Each player has a passenger token (wooden disc with a colored sticker). There are also what can only be described as six wooden screw caps which are used to mark the current destinations. 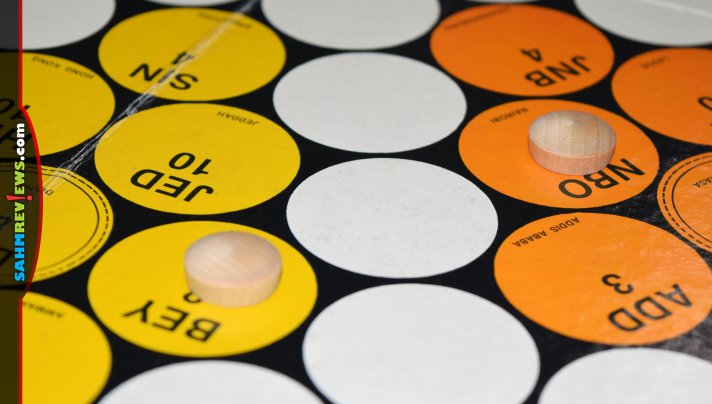 The colorful board is set in the center of the play area and the jet barrels are placed in their matching centrum cities, one on each continent. Each person chooses a player token and places it on top of the jet that matches the color of their token. This becomes their home airport and is where one must return in order to win the game. A deck of 55 Itinerary cards is shuffled and a number dealt out face-up depending upon the number of players. Put a wooden “screw cap” token on the matching spaces on the board to show where you’re flying to. 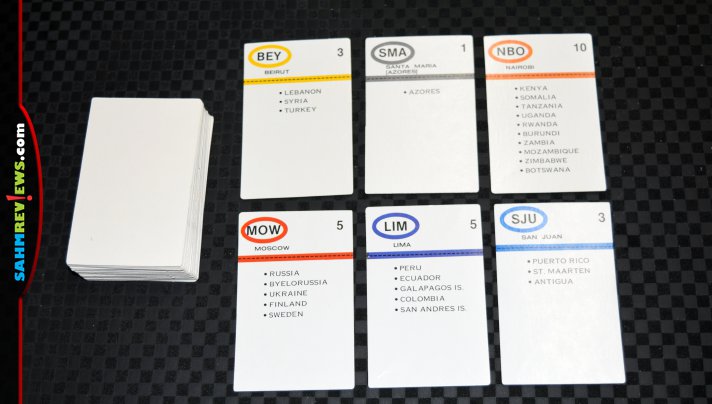 On a turn a player rolls two dice and moves their plane the corresponding number of spaces. Rolling doubles allows you to move the sum total or just the value of one die. There are special takeoff and landing rules, but otherwise you may fly in any direction as long as you don’t enter the same space twice during a turn nor go though a space with another plane in it. 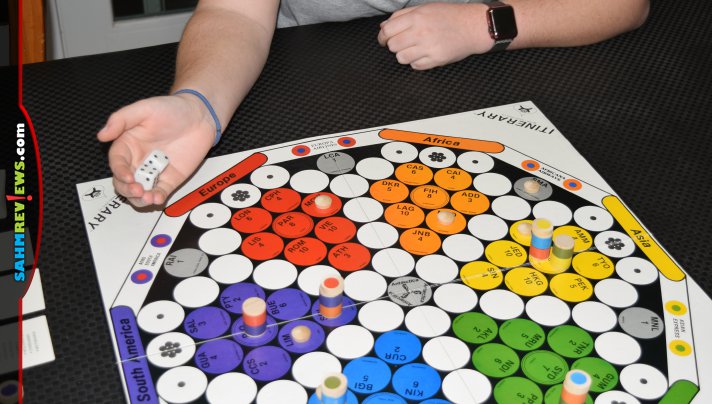 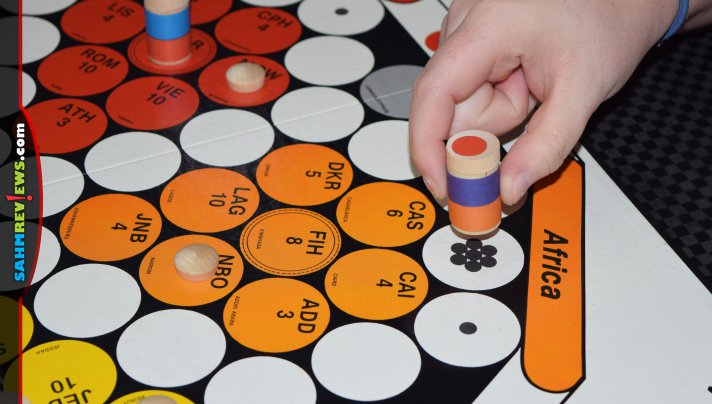 The Itinerary cards not only depict where you’re flying to, but other cities you’ll visit during your stay there. As I mentioned earlier, the goal of Itinerary is to visit a minimum number of cities (50, in a 4-player game, for example). 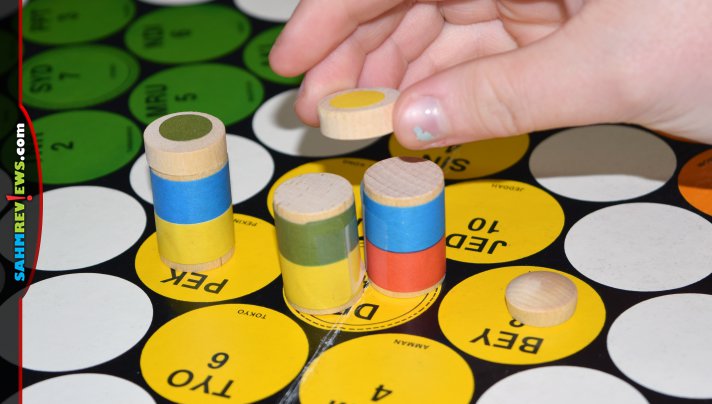 Keep track of how many cities are on the cards of the airports you visited and once you meet or exceed that total, make your way back to your home airport. The first player to have visited the required number of cities and reach home wins Itinerary. 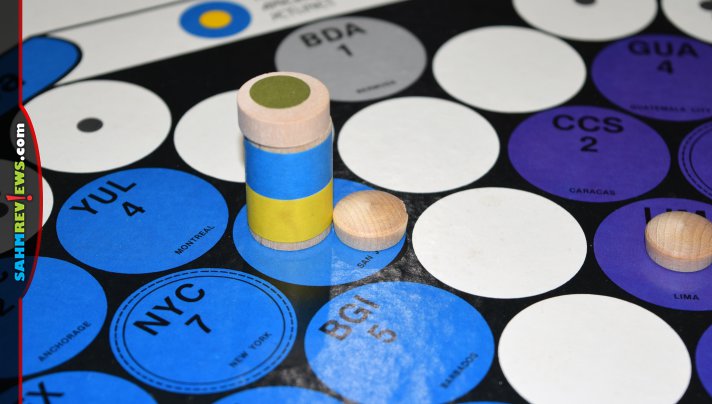 As you have probably already determined, Itinerary is a simple roll-and-move game performed on a hexagonal-like board. There’s very little strategy, even though the rules suggest using your plane to block others. It’s all about the randomness of the drawn cards and how well you roll the dice. The only real choice you have is which city you want to fly to. There are a handful of copies available on eBay for around $25. I would wait until you find one at thrift or a yard sale for a couple bucks.

Where is the first place you’re going to travel once things return to normal?