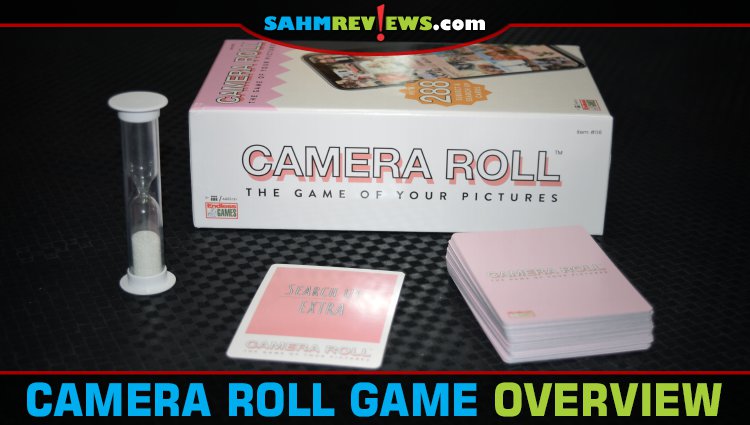 Life with a child feels like a really fast roller coaster. One day they’re boarding the bus for their first day of kindergarten and a few days later they’re needing a ride to some event or activity. Before you know it, you’re helping them get ready for driver’s ed, attending college fairs together and talking about how to prepare for senior photos. In the middle of all of that, you need embrace any ideas for family bonding that you possibly can. Over the years we have incorporated many different things to keep the doors of communication open. In recent years, games have been the focus. Since everyone in our family is tethered to a phone, Camera Roll from Endless Games seemed like it would be a nice hybrid, almost-offline game to bring to the table. 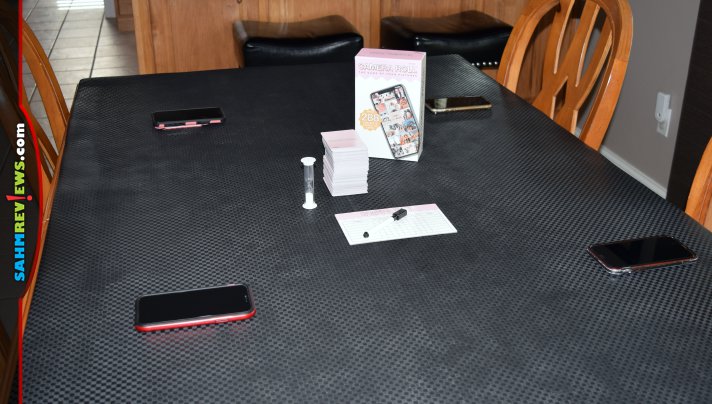 Normally when you set up a game, it’s common courtesy for people to put their phones away. Some people can’t disconnect enough to do that while others like to have them handy to snap photos for sharing. To set this one up, everyone needs to arrive with their phones in hand! Place the game cards, score card, marker and timer in the center of the table. You’re ready to play! 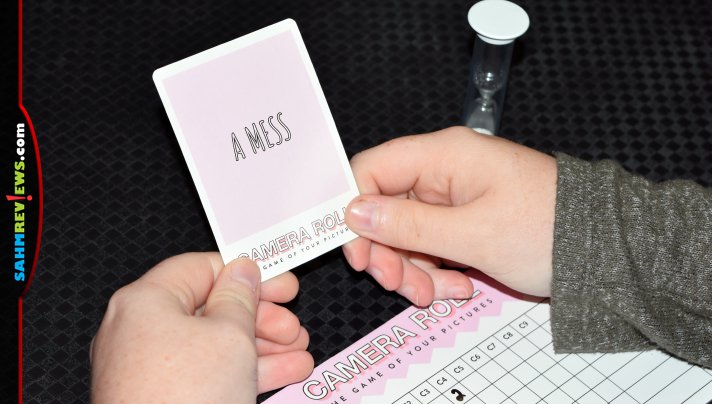 During a round of Camera Roll, players compete to find a photo that matches the question posed by the Boss. The game takes place over several rounds with players having an equal number of times taking on the roll as Boss. The active player will take a card from the top of the stack and read it to the group.

Once the card has been read aloud, the Boss flips the timer and all other players scurry through their camera roll to find one that fits the description. The Boss is in charge of keeping track of the timer and watching for which player finishes first. 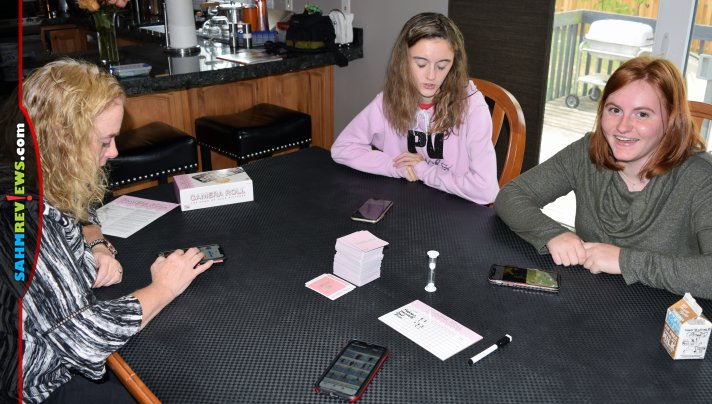 When a player discovers a photo, they set their phone down and call out that they found one. Players will take turns describing their photo and why it matches. All players who meet the requirement will earn one point and the first player will earn a bonus point. Once all have been described, the Boss will award an additional point to the photo they feel BEST fits the description. 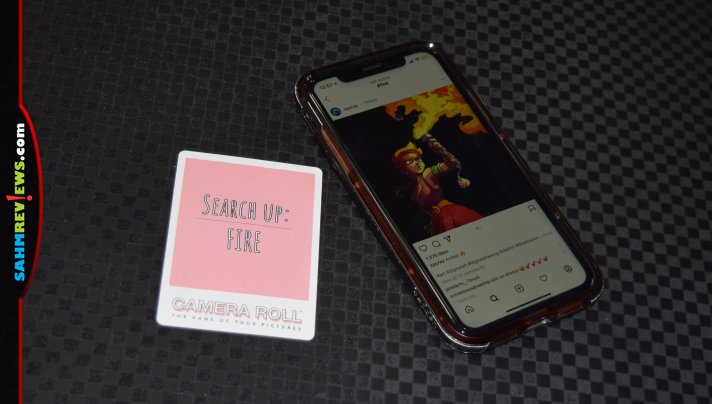 Some cards in the deck are labeled as “Search Up” and they have different rules. Whenever one of these is drawn, players will search their favorite social media site instead of on their own camera roll. The rules for scoring are the same.

After all players have been given an opportunity to be Boss an equal number of times, add up all the points. Whomever has the most is the winner. Camera Roll is family-friendly, but also a good option for tweens and teens (who all have phones) to play as a group. You can order a copy from Amazon and have it in hand for your next get together. If you visit Endless Games on Facebook and Twitter, you’ll get a snapshot of the many products they have.

What’s the oddest photo you have on your camera roll?