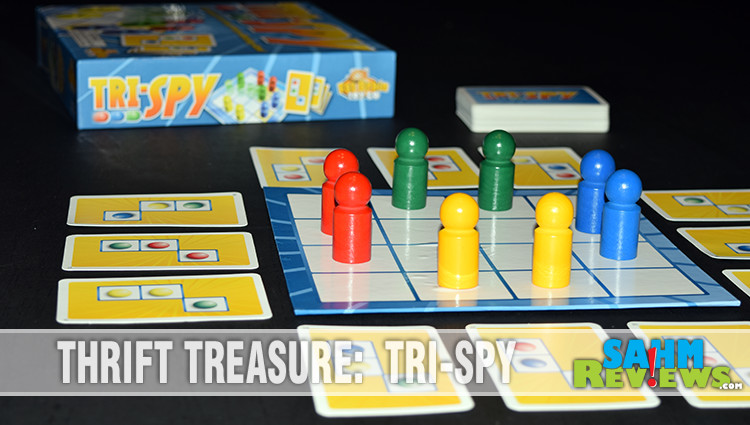 So many of the 80’s/90’s abstract games look alike to us. This week we were at our local Goodwill when we spotted a copy of Fat Brain Toy Co‘s Tri-Spy. It looked so familiar to us, but the rules were unfamiliar. We were sure we had it in our collection already. A quick consult with our database (yes, we have a list of all the games we own) confirmed that we did not already own it. Into the basket…

It turns out that Tri-Spy is another one of those speed games that the kids excel at and rejoice in consistently beating the parents. Supporting up to six players and recommended for ages 8 and up, we believe the sweet spot will be kids aged 7 through 12. Along with being a quick and fun game, it does have the bonus of helping with spatial and pattern recognition. 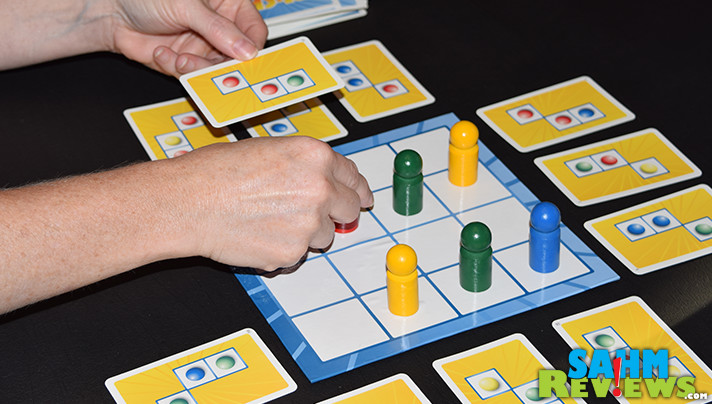 Everyone is working at the same time, and when someone thinks they can spot a move that will match a card, they yell “Stop!”, grab the pattern card and move one pawn into the open spot they believe matches the pattern. A new card is drawn to replace the old card and play continues. 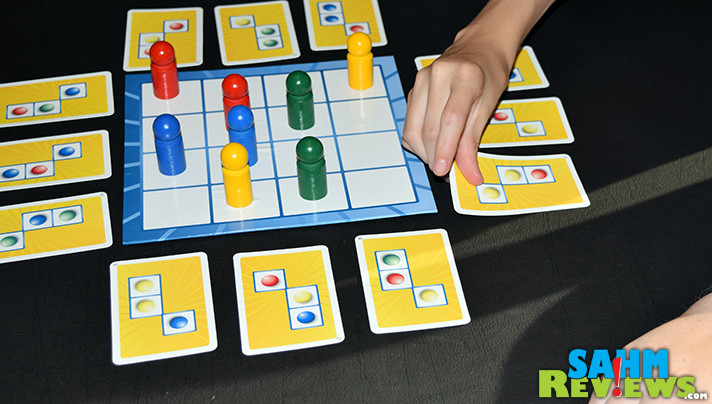 Movement is limited to moving one pawn into any open space. If the board gets to a point where a pattern cannot be matched in one move, the first player to call out “Dead End” gets to move two pawns (after the “Dead End” condition is verified). 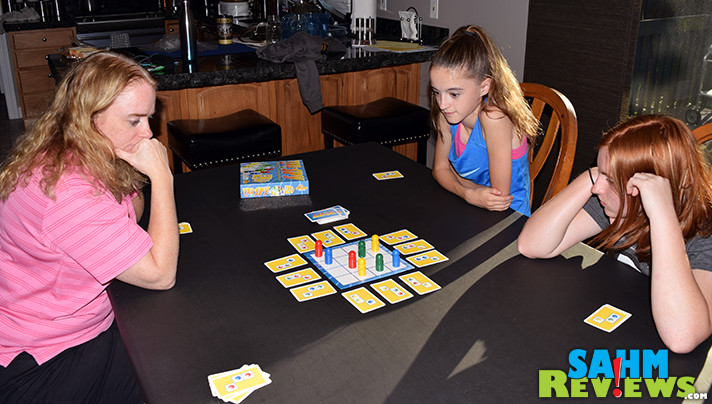 The game ends when the draw pile is completed and the player with the most pattern cards collected wins Tri-Spy! Included are additional rules for other versions of the game. “Dashing” gives each player cards in front of them, which can be stolen. And there’s rules for solitaire play for when no one else is around! 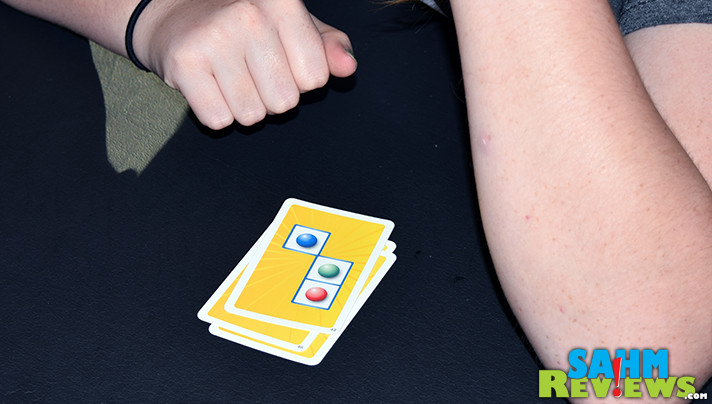 Originally issued in 2008, Tri-Spy is still available brand new on Amazon for under $20. It’s an OK game, but because of the underlying pattern and spatial recognition trials, Tri-Spy is certainly one to consider if you think your child would benefit from that type of hidden lesson.

Do you think games should teach as well as entertain?