It’s always exciting for me to find a hobby game at our local Goodwill. And when I use the term “hobby game”, I’m referring to those you cannot find for sale at Walmart or Target. They’re typically games you either order online or pick up at your FLGS (friendly local game store). Of course you can’t beat the prices at thrift, so this copy of Gang of Four by Days of Wonder hit our cart faster than you can say “half-price day”! 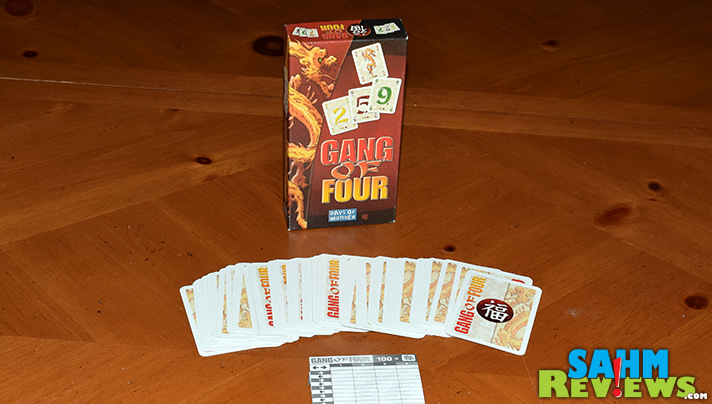 In the case of Gang of Four, I also learned a little bit of gaming history in the process. Descended from Dai Di, the most infamous of backstreet Hong Kong gambling games, it adds an appropriate Asian theme to a game which is normally played with a standard deck of playing cards.

Many games have what we refer to as a “catch-up mechanism”. Meaning that although you fall behind early in the game there is still a way for you to catch up to the leader and possibly win. Gang of Four discards that premise and does the opposite – it rewards you for being in the lead and punishes those who are lagging!

The 64-card deck includes three 20-card suits numbered from 1-10 twice. The remaining four cards are made up from a multi-colored “1” card which is used to determine first player, two Phoenix cards (one red, one green) and one Red Dragon card. Best played with the full compliment of four players, the entire deck is dealt at the beginning of the game. As previously mentioned, whomever receives the multi-colored “1” card will play first.

The first player begins the game by playing a combination of cards which includes the “1” starting card (this is true only for the first hand of the game, subsequent rounds can begin with any combination). Combinations are categorized into five classes – single card, pairs, three-of-a-kind, 5-card combinations and four-of-a-kind. Whatever combination type the starting player plays becomes the required version for everyone else. The next person must play the same combination type, but with a higher rank. 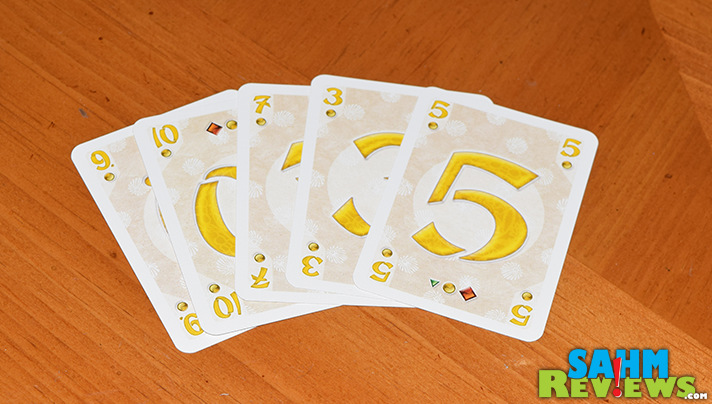 For example, if the first player played a pair of red 4’s, the next player must play green 5’s or higher. In Gang of Four, the different colored suits have a ranking order as well (Red > Yellow > Green). Three 2’s (two green, one yellow) can be beaten by a yellow and two red 2’s.

Five-card combinations include the typical poker sets – straight, flush, full house and straight flush and are ranked in the same hierarchy. Four of a kind, also called Gang of Four, can be played at any time on any combination to up the bid. 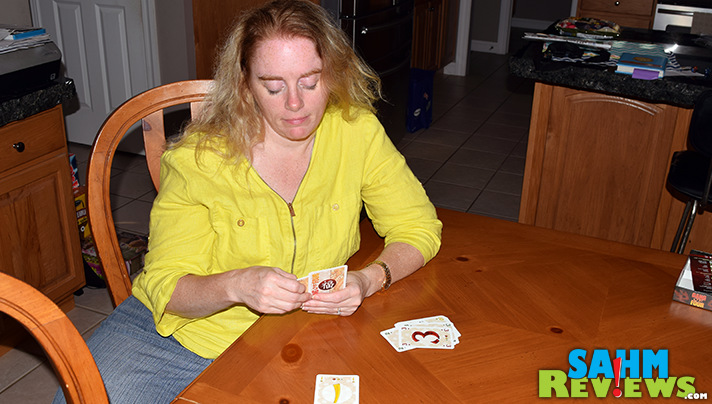 You may also pass at any time without excluding yourself from the cycle. Only once everyone has passed does the cycle end and the player who had the highest combination starts a new cycle with a new bid. When any player plays the last card from their hand the round immediately ends and score is taken. In Gang of Four you are trying NOT to score – each player receives points for how many cards are left in their hand. One point per card if you have under 7 cards, two for 8-10 cards and up to 5 per card if you never played any during the entire round (80 points). 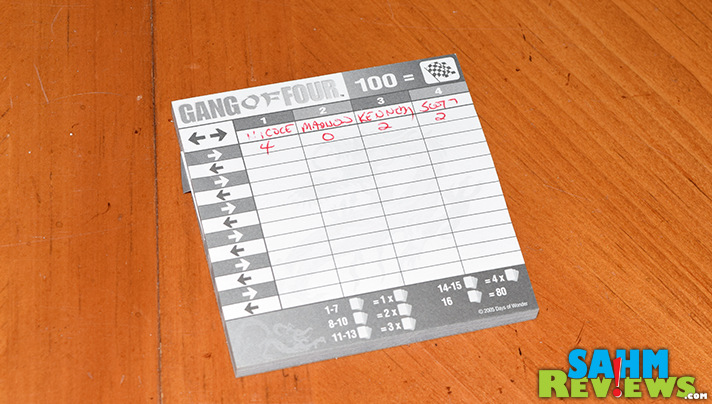 To begin the next round, the player who previously lost (had the most cards in that round) must give their highest card to the round winner. They in turn give one card of their choice to the loser – this is what I was referring to when I mentioned it rewarded the winners and punished the rest! Play again begins with whomever won the last round, but this time order is reversed. Each round this order swaps back and forth so seating position doesn’t make much difference. You won’t always be last!

The other special cards in the deck have different uses. The Red Dragon is the highest ranking single card of the game. It can only be played as a single card, not as part of a combination. With it you are guaranteed to win a round of single-card play.

The two Phoenix cards are the second highest ranking single cards after the Dragon. As with regular cards, the yellow version ranks higher than green. They can also be played together as the highest ranking pair or as a pair within a full house!

Days of Wonder did a fantastic job of converting this Asian classic to a family-friendly title. Even though originally released in the early 2000’s, you can still find new copies on Amazon or if you prefer, play it online!

What classic playing card game would you like to see re-themed for the hobby?