Home / Wellness / Health / Every Baby Boomer Should Know This 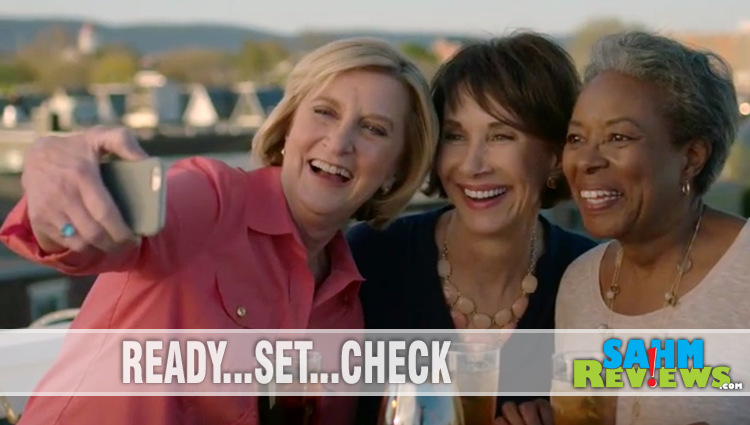 Every Baby Boomer Should Know This

Last week was my annual eye exam. As with every medical appointment I attend, I show up prepared to ask questions and listen to input about my health. “Have you had your cholesterol tested?” my eye doctor asked. My response was the same as last year, “Yes, my doctor says my levels are a doctor’s dream.” Although I recalled from the last visit, she reminded me that my eyes display symptoms that are an indicator of cholesterol issues which was the catalyst for her question.

Well, my cholesterol is fine, so we’ve ruled that out. That just leaves the reminder that I’m old and my body is showing signs of it in some subtle and some not-so-subtle ways. Reminders of my age are always difficult to hear, but it’s even more difficult when I see friends share on Facebook that one of their parents has passed. Sadly that has happened more than a couple times in recent months. It makes me pause and acknowledge that I am fortunate enough to have both my parents.

And they’re pretty healthy as far as I know. As far as they know, also. But I recently learned that more than 75% of people diagnosed with Hepatitis C are Baby Boomers, people born between 1945 and 1965. An estimated three to five million don’t even know they are infected because many people can live with HepC for decades before showing any symptoms. That statistic stopped me in my tracks.

My parents are on the cusp of being part of the Baby Boomer generation; my aunts and uncles ARE Baby Boomers. I wonder if any of them ever heard about this concern and these staggering statistics. Or if their friends have. Or if any of them have ever been tested. I was reading some literature on Hepatitis C because I was curious why the infection rate was so high in this age demographic. Interestingly enough, research hasn’t determined why the anomaly in Baby Boomers, but they have some ideas.

I’m old enough to remember when AIDS became such a hot button topic and it was the subject of reports on news shows like 20/20 and 60 Minutes. Little was known about it, but they were able to make correlation to the blood supply and implemented stricter testing requirements to help control it from spreading through well-intentioned blood donations. Hepatitis C wasn’t even discovered until 1989 so it would have been impossible for the blood to be tested for it prior to that time. While it is only speculation, it is believed that Baby Boomers were infected by contaminated blood prior to 1992 when they began testing the donations for this virus.

As I explained when describing my eye appointment, I ask questions at the doctor and express concerns for things that were different than the last time I visited. My doctor pieces through my questions and explains which are normal signs of aging then addresses anything that may need further investigation. But what about the things that I don’t notice. THAT is why this is of concern to me. What if my parents, my aunts and uncles and the other Baby Boomers just don’t know to ask the question because they aren’t experiencing symptoms?

Statistics are showing that liver disease, liver cancer and deaths from Hepatitis C are on the rise. Hepatitis C is a potentially life threatening liver disease, but if caught in time, it is curable. The CDC is urging all baby boomers to get tested for Hepatitis C (a blood test you can ask your doctor for)so if you know someone who was born between 1945 and 1965, encourage them to ask their doctor about being tested for Hepatitis C. Maybe they don’t have it, but getting tested is extremely important so those infected can begin to get treatment and lifesaving care. Quest Diagnostics is launching a digital campaign to build awareness among baby boomers about the need to be tested for Hepatitis C, and drive test requests. Because if they don’t KNOW they should be tested, how would they know to ask?

If you’re a Baby Boomer, ask your doctor about getting tested for HepC. If you aren’t, but know one, encourage them to learn more ab out their increased risk for Hepatitis C and to ask their doctor about it.

Does it surprise you to hear that many people live for decades with Hepatitis C and don’t show symptoms and that Baby Boomers are high risk?

I am participating in a VIN campaign for Quest Diagnostics. I am receiving a fee for posting; however, the opinions expressed in this post are my own. I am in no way affiliated with Quest Diagnostics and do not earn a commission or percent of sales.