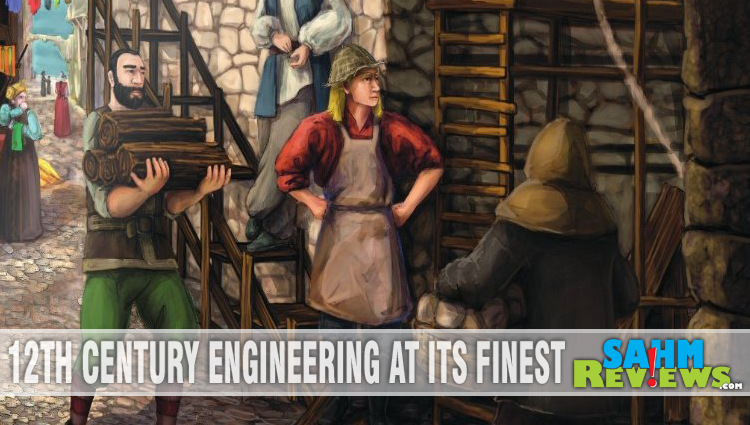 Going From Contractor to Builder

Here’s a bit of information I’ll bet you didn’t know about Nicole. She comes from a family of contractors. Both her dad and uncles have been local general contractors nearly all of their adult lives. Mostly commercial work in malls, hospitals and the like, but every once in a while a residence (or their own home). Both of her brothers continued in the profession with a small local shop that does commercial cabinetry and residential granite counter tops.

So it goes without saying that when we discovered Builders of Blankenburg by Cobblestone Games, this tie-in to her family’s history made it just that more attractive to us. Originally a Kickstarter campaign last year, Builders of Blankenburg is set in the year 1123 and challenges you and your opponents to become the most proficient and successful builder in town. You’re obviously not building shopping malls, but constructing basic (and needed) facilities for the growing settlement. 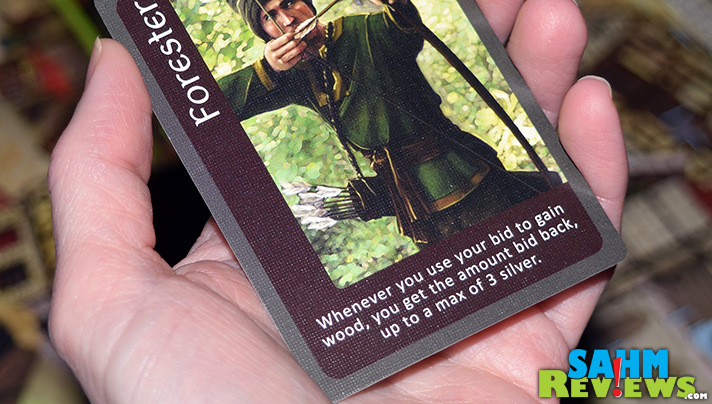 Each player takes on a character role, from Architect to Trader, each awarding their own bonuses. Some give you additional resources while others allow the buildings you make to house more people. Matching your character role with your game strategy will be necessary to earn the highest prestige (the game’s victory points). 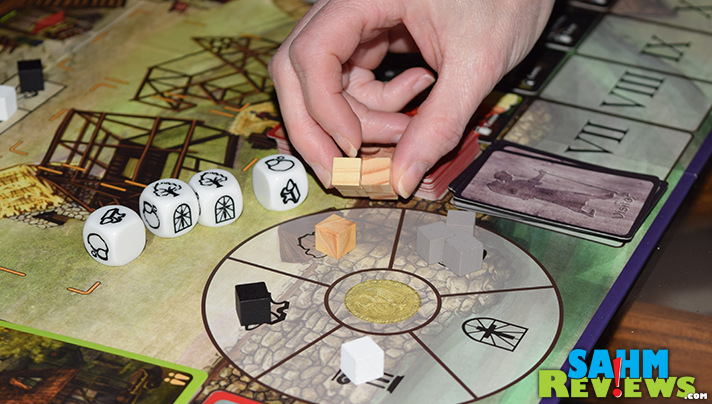 In order to build a building, you’ll need resources (duh). Each round there is a limited supply in which all players bid on. The highest bidder in a silent auction is allowed to pick one of the five piles of individual resource types, with the second getting the next pick, and so on. 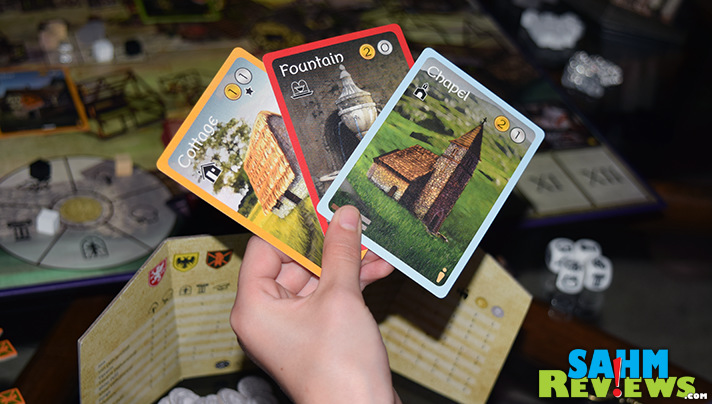 Then in turn everyone is allowed to construct a building using plans in their hand of cards or one of the communal plans available on the board. But you can’t just plop them down anywhere – the color border on the card dictates the area of town in which it must be developed. If there are no remaining places in that area, you cannot build there until another structure is destroyed. 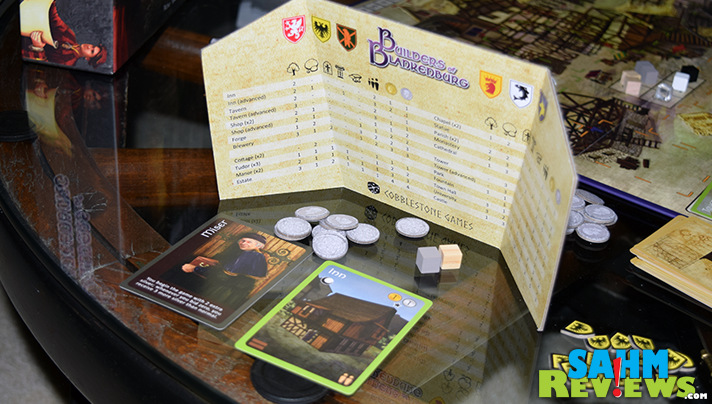 Each time you successfully raise a building you’ll receive prestige points as noted on the plan card in the gold circle. You will also place one of your coat of arms on the card to denote ownership, and will receive income any time a citizen or visitor to the town stays the night. 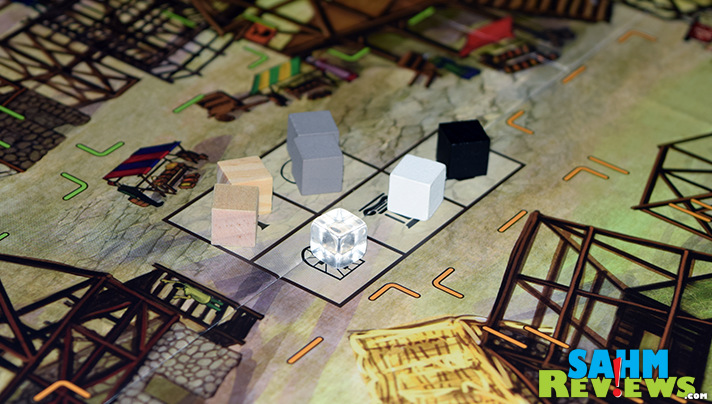 In case you didn’t win the auctions you needed to build, at the end of a round you are allowed to purchase resources and new plans at fixed prices. You may also discard any unwanted plans to increase the number of new plans you may choose from. But ultimately you will only be adding one new plan to your hand. 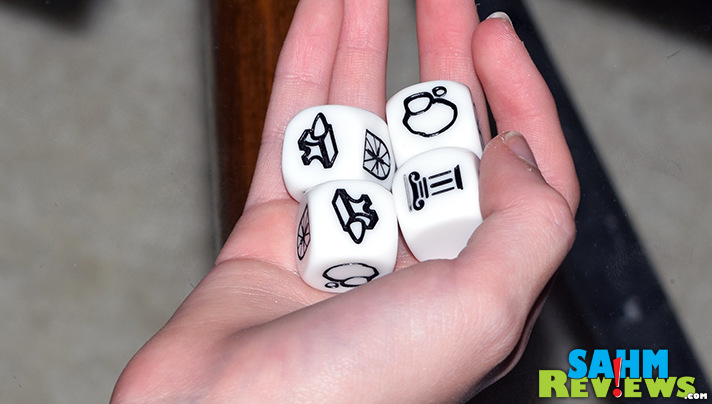 After everyone has settled on the number of resources they wish to purchase, the board is prepared for another round. The resource auction area is restocked and a new citizen arrives to town. The next round proceeds in the same manner as the previous one until either all building spots on the map are occupied or there are no more spaces to add a new citizen on the board. 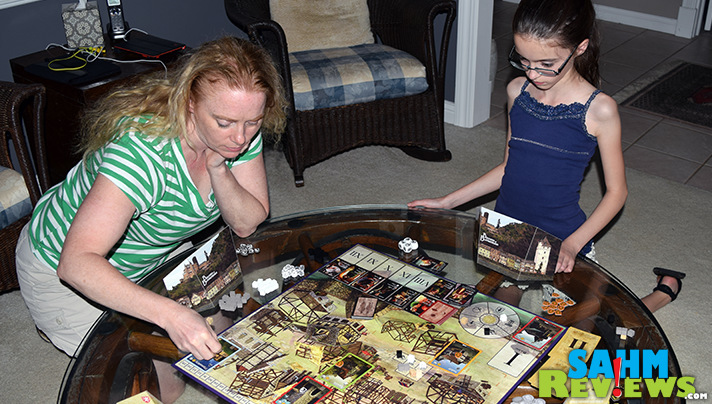 Final scoring is performed, with each player receiving an additional prestige point for every 10 silver coins (convert any leftover resources to silver in a 1:1 ratio) up to a maximum of three. You also receive one point for every gold piece in your inventory. Lastly, each region of town is checked to see who owns the most undamaged structures and receives two or three prestige points depending on which district is being scored. 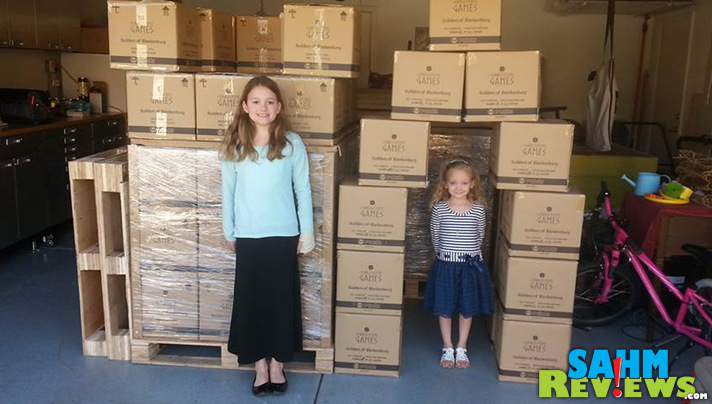 A couple interesting notes about Builders of Blankenburg. Cobblestone Games has nicely decided to include a double-sided game board. One side for 2-4 players and the other supports 4-6. The game’s designer, Peter Schultz, and his wife homeschool their daughters and have been integral parts of early play-testing. Although advertised for ages 14+ (due to product safety testing requirements),  Builders of Blankenburg can easily be enjoyed by children as young as eight, exhibited by the designer’s own children (and our own). And a true testament to how much of a family project this game truly is, the game’s artist is Peter’s younger sister!

42 comments on «Going From Contractor to Builder»