We’ve been fortunate to have been able to find a ton of good games at our local Goodwill stores. Pickings have been a little sparse lately because some of our friends found out our secret and have been beating us to the shelves. So whenever we travel out of town we make sure to take our rest stops at a Goodwill or Salvation Army if the map shows one close to the highway.

When we travel to Chicago we like to stop at Savers. We’ve found their goods to be a little better quality since they buy donated goods from other organizations, but their prices are also a bit higher. They always have a ton of games, some priced fairly, and others through the roof (no one is going to pay $6 for a used Scrabble set!). That’s fine with us, the cheaper ones are usually the titles that no one has ever heard of – just what we like! And this week’s Thrift Treasure feature is one we just picked up during our annual trek to ChiTaG – Stix by Piatnik. 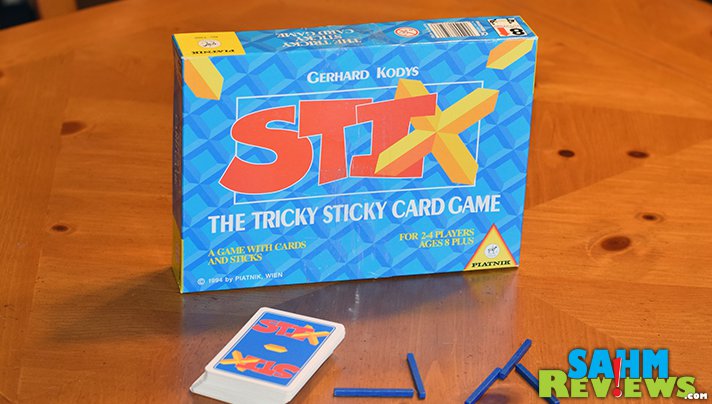 First published in 1993 under the name “Digit”, it was renamed (and artwork redone) in 1994 to “Stix”. The name change didn’t stick as Piatnik again reissued it in 2004 renamed back to Digit. In 2009 it was published once more, this time by Discovery Toys under the name “Pick-It”. Two different publishers, three different names, all the same game!

Stix is a rather simple game to learn, but quite complex to play. Like many card games, the object is to be the first to get all the cards out of your hand. In order to do so, it must match the configuration of the five sticks in the middle of the play area. Easier said than done. 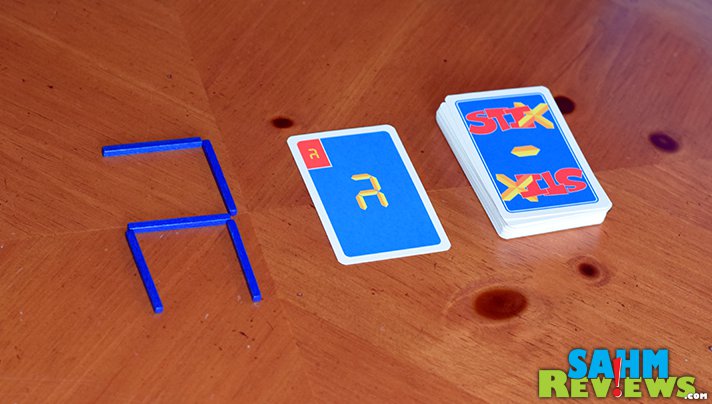 Each player is dealt a hand of five cards. One extra is turned up in the middle and the five included blue sticks are arranged to match that card. This is the starting point of the game. 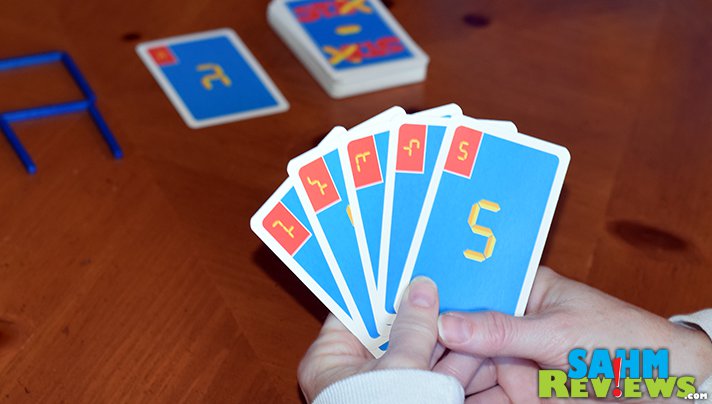 On each turn, a 1-minute sand timer is turned over and the player whose turn it is must move one (and only one) of the sticks into a new position. The stick can be played anywhere as long as it touches at least one of the other sticks either in a straight line or at a right angle. If the result matches one of your cards, you show it and place it in front of you. If not, everyone else has a chance to also match it at that time. If no one can match it, you must draw another card into your hand. 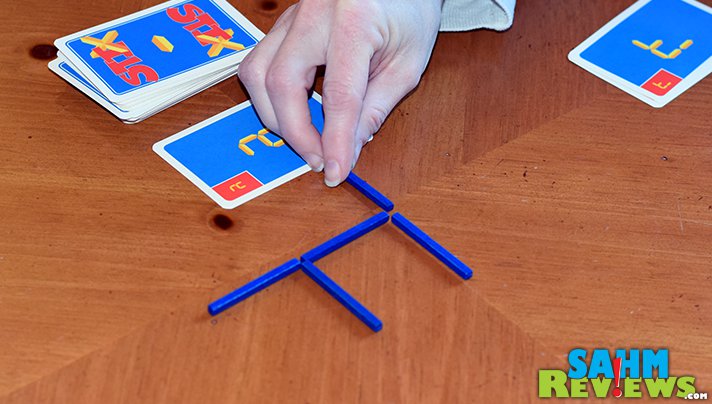 Each player takes turns in clockwise order moving one piece and trying to match. The pattern can be matched normally, upside-down or even mirrored. The more players there are (up to 4) the more likely your opponents will mess up your patterns and you’ll have to count on luck to match your cards. 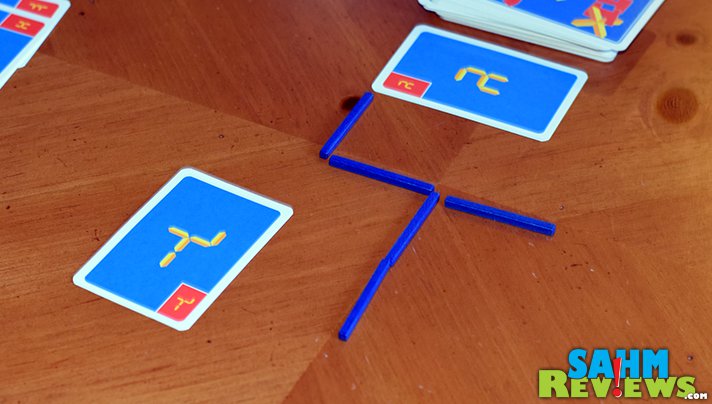 Once someone plays their last card, that round is over. Everyone else adds one point to their total for each card remaining in their hand. After an agreed upon number of rounds, the person with the lowest total wins.

Piatnik is UK-based company and still shows the game on their website, but it is currently out of stock on Amazon. Copies may show up from time to time on eBay, but this is probably another case of perusing your local thrift stores to find a copy for yourself!