I’ll be the first to admit that we’re a bit of a geek-filled family. We love seeing how the everyday things in our lives change over time and we’re often first-on-the-block to try out new technology.

Take, for instance, our gaming systems. Yes, I said systems… as in plural. Not only do we have a Wii with accessories but we also have an XBox360 with Kinect. Don’t laugh but we ALSO hooked up or original Nintendo NES for the girls… and yes, they play it. All the systems offer different experiences for different moods, time frames and audience.

While Miss M is the most likely to be found in front of a video game, we all enjoy it. Santa brought the Kinect with Kinectimals for the kids but we added YourShape Fitness Evolved for me. In our latest adventure, we set off to Sears to look for Dance Central for the Kinect.

Sears is one of those tried and true stores but it’s on the other side of town at the local mall. We make a point of going there when we’re looking for tools and I even mentioned to my mom the other day that she needed to check Sears when she mentioned she was looking for a new refrigerator. When I’m there, I’m typically on a mission to find a particular item so I don’t meander the store much. Since this was part of a project for Collective Bias, I decided to be more open-eyed about what else they have at the store.

We picked up the flyer and checked out the store. Unfortunately, they don’t carry gaming systems or games at our local Sears. It’s a small store and they’ve opted to focus on certain lines then direct people to Kmart, their sister store, which is just around the corner.

And what do you know, not only do they have it but it’s on sale this week.

What did we think of the game? Well, WHEN I get a chance to take my turn, I love it. It’s fun and easy to learn. The game includes tutorials that are easy to follow along with flash cards for when you’re performing a dance live. 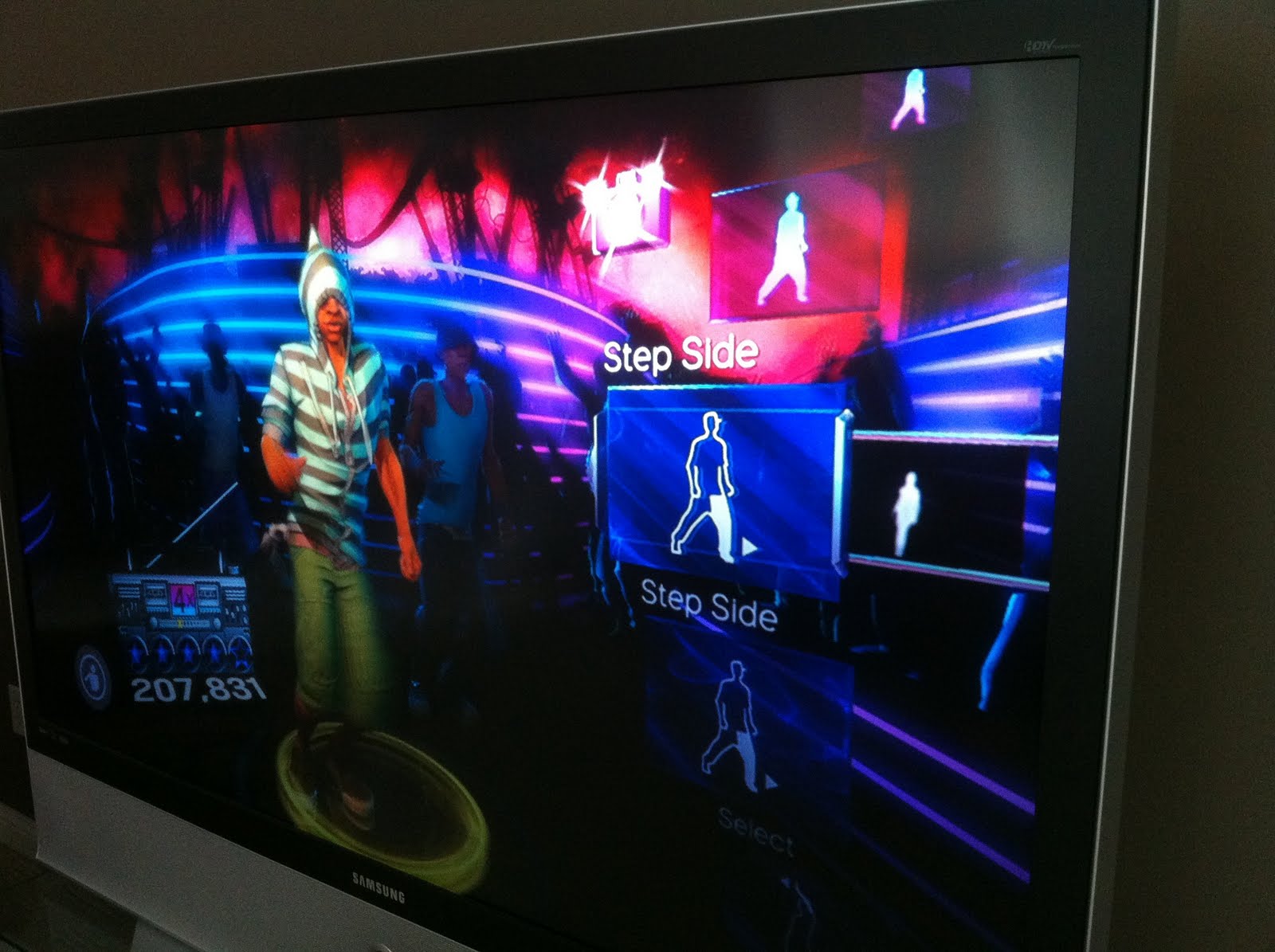 Was it hard? Yes. and no. It’s set up in such a way that you can open up harder levels. The moves get increasingly more difficult and a perfectly choriographed dance looks extremely professional. If you start on it and skip the training, it’s not going to be very easy. But if you do the tutorials and practice and watch the ‘red zones’ where you’re making mistakes then you’ll actually learn some decent moves!

And holy cow is it a good workout! Which reminds me, there’s a workout mode for it but I only used it for a second and don’t have a good feel for what it can do yet.

The variety of music is great too – with songs that each of us like… even DH. And yes, he has been participating in this ‘game’ also! Miss K likes the traditional fast pop songs and Miss M likes the more techno type songs.

There’s one thing that I really DON’T like though but it’s trivial. The outfits on some of the girls dancing. They’re on target with what you would see in real life, low-rider pants with underwear showing. But I don’t agree with it in real life either but that’s another post for another day. Unfortunately, I found Miss K, who is only 6, sitting on the couch with her T-shirt stretched to her bicep to expose her shoulder right after dancing. Ugh. I don’t need her growing up any faster than she already is.

If you enjoy music, enjoy dancing or are looking for a great workout ‘game’, then you need to check out Dance Central for the XBox360 Kinect.

2 thoughts on “Hunting for Dance Central at Sears”