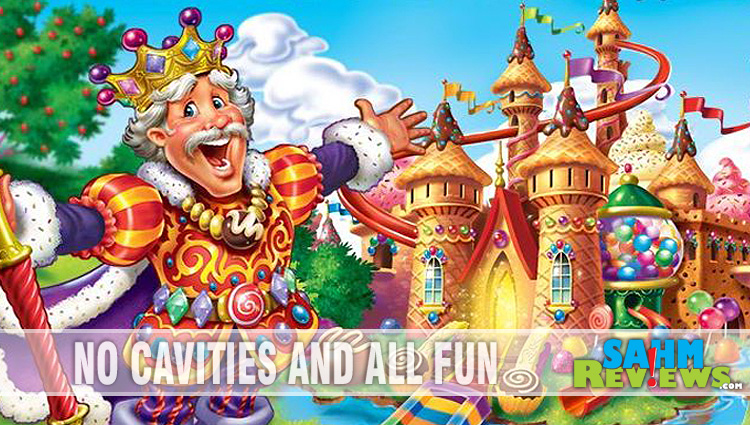 Nowadays families are buying Nintendo’s Wii or DS, Rockband, iPods, the Xbox 360, Sony’s Playstation, and other portable media players for entertainment. Some of these gadgets, I’ve never even seen or know how to play. Maybe I’ll be that mom who buys their child this type of game, but for now, thank goodness, we don’t have to. Candy Land is the first official board game that I bought for Little Miss A. Wal-Mart was selling it for $2 one day; that was the deal of the century! I think Miss A was about 2 ½ when we started playing. I’ve seen her progress in her Candy Land skills over the past 8 months.

Not only does she know her colors in English and how to count up to 15, she knows her colors in Spanish. It’s been challenging teaching Little Miss A some Spanish vocabulary, but when you are playing Candy Land, it’s hard for her to reject what I am saying. She is so focused on winning, which is another subject, that she thinks its part of the game.

Now let’s get to the winning part. I used to foolishly let Miss A win continuously. If I would pick a face card like the pink popsicle or the chocolate truffle to get to Chocolate Mountain, I would quickly put it back at the top of the card pile so she could pick it up. Then, I came to my senses. I was beside myself when Miss A didn’t win Candy Land. She’s won by luck after that, but those times she loses is a dramatic scene. “But I wanted to win!” she would yell followed by the biggest fake pout. She used to run away and start crying too. Playing Candy Land is the perfect opportunity to teach your child that it’s o.k. to lose and for others to win. After practicing for a while, now when we play other games and I win, Miss A says, “Its o.k. Mama, I’m still happy.” And I’m happy that she’s happy! It’s a win win situation.

The best part about playing Candy Land is that it gives us a chance to have family time. I can envision family game night over the next 15 years. We are glad that Little Miss A has the patience to play a game like this. She usually starts something and doesn’t finish it if she’s not enthusiastic about it. She enjoys it when all of us do things together. I must say that my husband is a trooper. He’s a family man for sure. It’s heartwarming and joyful to know that a simple game to us can bring such pleasure to a 3 year old. Over and over again! I think we’ve played, at most, 4 games in a row in one sitting. Our patience has been tested many times, but at least Miss A is happy.

The new version of Candy Land has vibrant colors, a somewhat 3-D visual to the path, and is just as fun to play as the old version. The new board game is laid out vertically instead of horizontally. Besides the gingerbread character pawns, the picture cards and the people and places you’ll meet on this new candy land adventure are different than the old board game. The object, contents, set-up, movement, and special options are no different than the old version. So you won’t be surprised if you buy this! We use the special optional rule for younger players so that Miss A doesn’t get sent back to the beginning if she gets a certain picture card, but she enjoys the picture cards so much, she doesn’t quite get the strategy. She sure gets it when she doesn’t win though! It would be nice to have more arrows in either version of the game so that kids know what direction to go in. Maybe as Miss A gets older, she’ll get more comfortable. I’ll just keep reminding her in the meantime.

With the 15 extra Candy Land games I received, I invited my fellow moms for a Candy Land fiesta play date. We sent out an invitation for our party via the Stroller Strides Quad Cities newsletter and also posted it on Facebook. Since it was Christmastime during our special event, I put bows on all the games and gave out a free game to all of those who participated. I bought candy canes and chocolate to share for an extra treat. All the kids enjoyed themselves and were so happy to receive the gift. It was especially helpful to have the support of the moms and of my Stroller Strides instructor Sara Baker who provided the space and helped me promote the event. Kids of all ages participated; not just the three year olds. It was nice exposure to the not quite 3 year olds too! They will soon get to play their first board game and it’s going to be Candy Land.

All of the moms were so grateful to receive the gift and commented on how they played the game after the event. One mom posted, “Thanks again for the Candy Land game. Our son and I had a rematch tonight.”

With all the distinguished games and gadgets out there, I’m glad, for now, I don’t have to buy any of it. I do have to admit, though, it’s tempting. Let’s face it; Candy Land is a staple in our family life. The added benefit, there are no extra consoles, accessories, or remotes to buy. Just four little gingerbread men (or women as Little Miss A says), a board game, and some cards is all you need. I think Chutes and Ladders is next!

View all posts by Sonie →