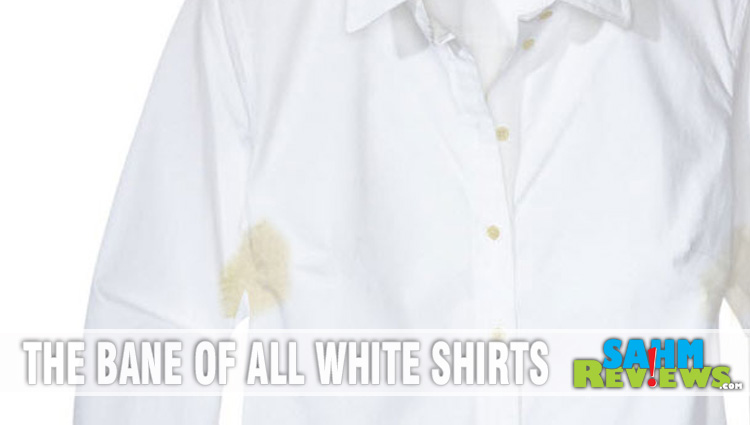 Back in our working days, DH and I always made sure we looked our best.  Without kids, we could easily spend a few hours in Ross Dress-for-Less trying out clothes to update our wardrobe.

I wore professional dresses and suits, he usually wore dress slacks, an undershirt and a dress shirt. Now that we’re retired, we’ve changed our shopping habits to include more casual outfits.Although I don’t dress up very often, I still have most of the outfits I wore when I left my job.  They’re professional and the style is pretty timeless, but a few are on their way out because (for lack of a better description), they smell when I wear them.  Long, hard hours left DH with undershirts that had yellow stains.  Those were easy and cheap to replace.  But wearing an undershirt underneath my dress just wouldn’t look right.

As an accountant, there were some very long days that went into the wee hours of the morning.  I’m not sure that any deodorant would last THAT long.  However, Speed Stick now has a new product on the market to help prevent those ugly yellow stains that plague men’s undershirts and ruin women’s outfits.  It’s Speed Stick Stainguard.

DH and I headed out today to our local Walmart to find these bonus packages.  After waaayyy too many minutes of circling the department, we were finally told that they had only received one end cap of them “a while back” and it was “right over there” on the main aisle.  Unfortunately (for us), it sold out quickly and they didn’t receive additional stock of the bonus packs.  That was pretty discouraging.

So we ventured to the deodorant aisle and at least found the Speed Stick Stainguard product by itself.  Actually found it with no problem right alongside the other Speed Stick products.  We even found Stainguard in the Lady Speed Stick line.  After smelling both “Clean” and “Fresh” in the men’s line, DH said they smelled pretty similar.  We purchased one and brought it home to try it out.

I’m sure you’re curious – What did he think?  Well, since we just bought it today, he can’t say because he hasn’t actually tried it.  Guess we’ll have to amend the post once he has a chance to put it to the test!

What I can say is that I was disappointed that our Walmart didn’t stock many of the promotional packages!

3 comments on «Say Good-bye to Yellow»