When we lived in Los Angeles, we had a lot of opportunities to attend sporting events, plays, musicals and concerts.  Did we?  Not as much as we should have… we were just too busy.  I remember when Mamma Mia came out; DH and I both commented on how great the music sounded and that we thought we would really enjoy it.  I even had a friend/coworker brag about going and what a great show it was.  Did I ever make it?  No. We were just too busy.Now that we’re back in Iowa, we don’t have as grand of choices.  So when One2One Network was looking for people to participate in a blog tour for the CD of Rock of Ages; Original Broadway Cast Recording, I exclaimed “I love music. Pick me, please?!”  Rock of Ages is a Broadway musical set in 1987 chronicling a love story between a small-town girl and a big-city dreamer who fell in love with each other as well as some of the greatest metal hits of the 1980’s.  To my knowledge, the actual Broadway musical of Rock of Ages has never made it to this area so experiencing the CD was a nice treat.

As a child who grew up in the 70’s and 80’s, Rock of Ages totally struck a chord. (Get it? A chord? Ha!)  It hit home because many of the songs were ones that I heard regularly and sang along with.  “Can’t Fight This Feeling” “Oh Sherrie” “Hit Me With Your Best Shot” and even “Cum On Feel the Noize”.  When I popped the CD into my car stereo, I expected a re-creation of the songs that I knew so well.  What I got was something entirely different.  Not an attempt to duplicate what was successful – which can  often backfire for people who are purists to the original song.  Instead, they took the music and put a new spin on what was once so familiar. 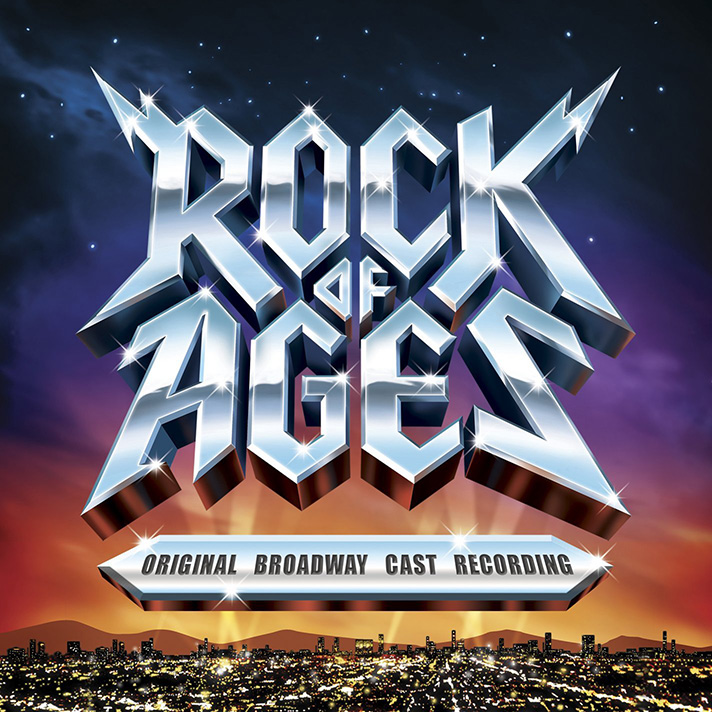 Rock of Ages; Original Broadway Cast Recording is just that.  A cast recording.  It sounds like it was recorded inside the theater during a full-on production.  It’s sincere and listening to it gives you the sense that you’re actually there.  If I HAD viewed this musical in person, I am certain that I could listen to this CD and visualize the entire performance again – over and over.

Not only is this CD great for people who are Broadway music fans, but it’s also great for those of us who grew up with this generation of music.  Oh, if you’re an American Idol fan, you can find the musical talents of Constantine Maroulis here too!