Home / Household / Crafts / Crocheting is like Riding a Bike 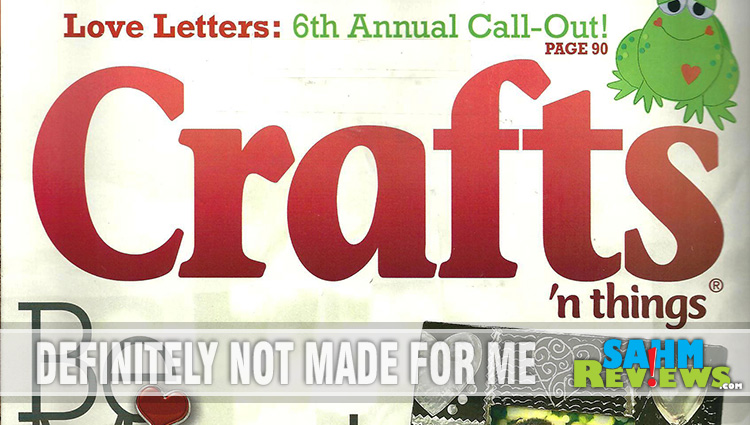 As a kid, my mom taught me all kinds of crafty things. She enrolled me in a sewing class, taught me to crochet, embroider and cross-stitch. I felt like I was good at it, but I didn’t stick with it. Now, I’m not confident in my abilities and don’t even try projects out.  During Christmas, I attended an ornament exchange party and they ask questions to see whose turn it is next. One question was “Do you know how to crochet?”  I said “I used to” and more than one person said “Then you still do. It’s like riding a bike.”  Uh-huh.

When I was in college, I was the historian for our chapter of Delta Sigma Pi (business fraternity). The job of the historian was to keep records of the activities of the chapter, including a photo album. Instead of doing what historians before me had done and taking pictures and compiling them into an album, I created a scrap book. Mind you, this was way before scrapbooking had evolved into what it is today. I have decided that my time as historian sucked every ounce of creativity out of my body because these days… I have zilch.

Couple my lack of confidence with my lack of creativity and the result is that I don’t do much craft stuff. I would love to, but I just don’t make the time and commit to it. Part of me keeps telling myself that as the girls get older, I’ll start back up again. For Christmas, I actually looked at latch hook projects hoping that maybe there would be a beginner one that I could start Miss M on.  No such luck.

I admire people’s work on Etsy and other websites, in books and magazines and at craft shows.  Although I’m not actively working on craft projects, I do enjoy seeing how these different hobbies are changing and people are making businesses out of them.  The one thing I am proud of is my new hobby of gardening.  Not really that I’m good at it, but I’m learning and reaping some healthy benefits.

Once again, Mom Central presented me with an intriguing blog tour. A newsletter presented by Crafts n Things magazine.  I opted to participate in this because I wanted to see what they had for gardening ideas since I’m still learning the ropes.  I also believe that lack of creativity does not mean you have a lack of ideas.  With magazines like Crafts n Things, there are plenty of ideas around and seeing some of it could inspire some creativity.  If not, there are a great variety of predesigned projects… and some really cute ones too.

I flipped through the magazines when I received them and was amazed at the detail of the projects.  For example, it wasn’t just a picture of a blanket to crochet.  It was a picture, a list of required supplies, a legend of abbreviations being used and step by step directions.  So often when I flip through magazines, I see a great idea then look at the directions only to find that they’re written for people who totally know what they’re doing.  It’s intimidating and doesn’t make me want to attempt any of it.  The Crafts n Things magazines make me think “Hey, that doesn’t sound so hard. Maybe I should find a small project and dip my feet back in.”

But this magazine provides a wealth of ideas for people who already have their feet wet in crocheting, knitting, sewing, quilting, glass fusing, card making, embossing, stitching, paper crafting, stamping, painting, felting, oh geez, there are so many things… And their free newsletter gives some great ideas at no charge. (Hence the term “free”).  Go ahead and sign up for it… it doesn’t cost anything.

You may find some new unique ideas for home decor, gift giving, and gardening.Thanks to Mom Central for the nudge.  Guess I should go pull out my crochet stuff and get to work on a cute project… just to say that I still can.  It’s like riding a bike, right?