Home / Technology / Mobile / My Phone is Better than Your Phone 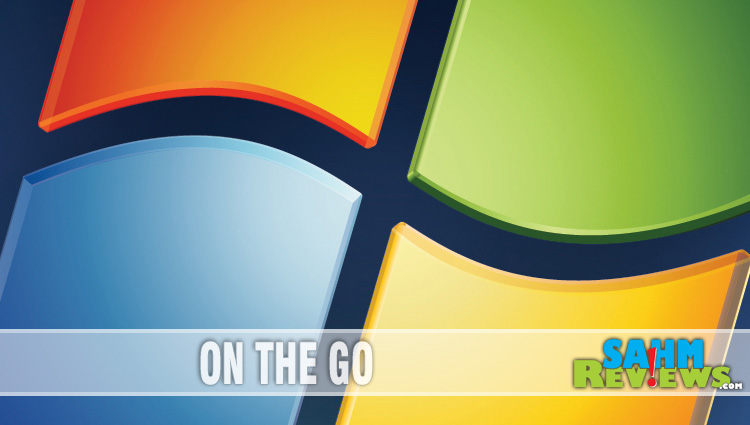 My Phone is Better than Your Phone

When eBay was still in beta, DH and I were registered users.  We would head out to yard sales and buy collections then turn around and piece it out on eBay.  As eBay took hold, we often thought “Sure would be nice to be able to look things up on eBay while we’re at the garage sale.”  But unless we had a laptop with a cell phone modem, it wasn’t even an option.  That’s an awful lot of stuff to carry to yard sales.About the same time, DH was doing a lot of traveling for work.  Trade shows and conventions, mostly.  He would often log on to instant messenger on the shared computers that were set up at the trade show so he could say hi to me.  He also had a PDA that he used sometimes too.  It wasn’t anything fancy but it worked for the time.

I’m not afraid to admit that I like gadgets and technology.  It’s always fun to have cool stuff before other people.  So imagine my frustration the other day when I saw my brother’s brand new cell phone.  It was an HTC Touch Pro and running Windows Mobile.

He let me mess around with it a bit and I was totally green with envy.  It runs Internet Explorer for easy surfing… how useful this would have been back in our eBay days. There are also Mobile versions of Outlook, Excel and Word. All these would have been great tools for DH’s business travel.  My brother said that it’s not a dulled down version of Outlook, either.  It’s integrated with the phone so when his secretary sends him an email to call someone at a specified number, he doesn’t have to retype it into his phone.  The phone number is hyperlinked and he’s able to just click it and it dials.  Slick.I’ll give my brother credit for being computer savvy, but he said the fact that his cell phone easily syncs with his server is priceless.  He doesn’t have to worry about whether he’s added a contact in one place or the other – or that he wanted to work on a document while in the field.  If an email comes in to his office Outlook, he knows it is in his mobile Outlook also so he doesn’t need to fear having ‘forgotten’ to transfer relevant data that he may need while he’s out.

He continued to brag that it runs Media Player so he can listen to music or watch a movie making it way more than just a phone.  It even has the ability to open .pdf documents.  He said the only pitfall was the fact that it didn’t have an auto orientation feature but that switching orientation is very easy even though manual.  With the built-in camera and GPS, smart phones running Windows Mobile seem pretty awesome!

Phones, like the Samsung Omnia, have come a long way over the years and programs like Windows Mobile have made staying in contact and working much easier while on the go.  Anyone who needs immediate internet access, is away from home or office a lot or enjoys listening to music or watching movies could easily justify the purchase of a smart phone running Windows Mobile! Don’t tell my brother how jealous I am that his phone is better than mine.  I’ll never hear the end of it.

One comment on “My Phone is Better than Your Phone”