Old maid, Go Fish and Crazy 8’s….childhood staples. Card games I played as a child, and games familiar to my kids. So when I found a version called Crazy A’s by Wiggity Bang Games that I could play with my littles that would help them learn phonics and reading in a way that was fun and familiar – I was excited to give it a try. 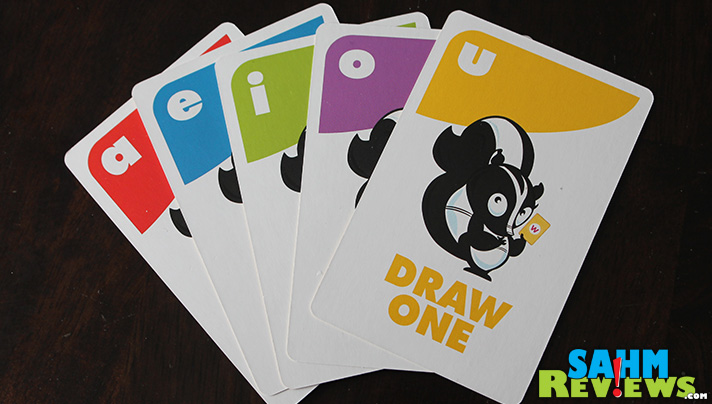 The premise is almost exactly the same as Crazy 8’s. Each player is dealt a number of cards that they try to rid from their hand before the other players in order to win. In Crazy 8’s, each player in turn, matches the suit or number of the top card on the discard pile. A “crazy” 8 is wild and will change the suit to be played. In Crazy A’s, the players have to match a beginning letter, a vowel, or an ending letter to play a card. The children are encouraged to make the sound of the letter they are matching. 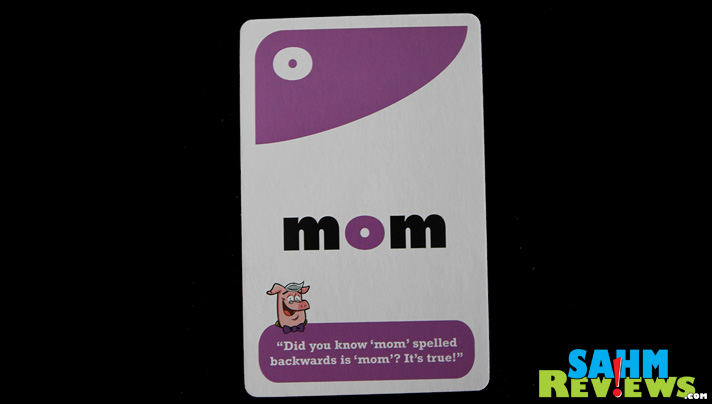 So for example, if “mom” were the top card on the discard pile… 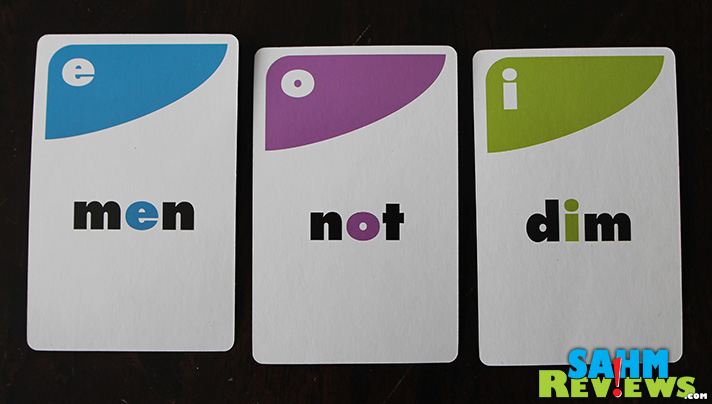 Some cards have fun little extras added – as on the mom card which introduces the concept of palindromes –mom spelled forward or backwards is still mom. And there are also added cards that allow the players to skip the next player, reverse the game, or make another player draw an additional card. Wild cards are also included which allow the player to change the middle vowel and then play a new card on top of that.

Kids can also play a solitaire version of the game. By allowing them to put the cards in order. To see how many cards they can use – it reinforces the letters and sounds.

I have a 5 year old in Kindergarten and a 6 year old in first grade. The game seemed to be easily understood and played by my first grader. He knows how to read and write and so for him the game was reinforcement of what he already knows played as a card game with mom. I think as a learning tool, he was already advanced past this, but as a game he could play it for fun. My 5 year old, however, was at a perfect age for this game. She is learning letters, sounds, and sight words in Kindergarten as well as beginning and ending sounds. This game is exactly all of that – played in a way to keep it fun. I think based on each child’s individual learning levels, this game can be modified for even a very young player…to be played matching letters, and colors before the child is able to distinguish sounds and words. Overall, the game was very successful as both a learning tool and a game.

You can pick up a copy of Crazy A’s on Amazon for less than the price of a couple cups of fancy coffee. Wiggity Bang Games has a variety of great games for all ages. If you’re looking for something for your older crowds, Quao and Mad Quao are good for a lot of laughs. See what else Wiggity Bang Games has brewing by following them on Facebook and Twitter, or by checking out their website. If you see a game from them you’d like to see on SahmReviews before you decide to buy it, tell them!