Have you ever walked into a store, any store mind you, and see something you have to buy right then and there at any price? I’m sure you have, and I’m sure you overpaid. Just like I did this week at our local Goodwill. My rules for buying games is that they must be complete, have the original box and be in overall good condition. For this week’s Thrift Treasure, Crossfire, one out of three will have to do. 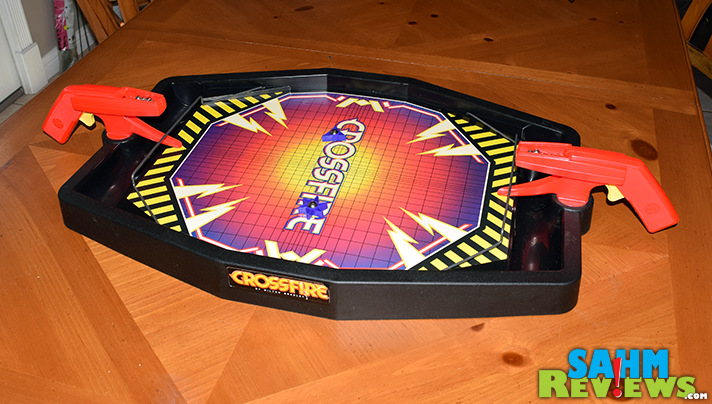 Some things just speak to you, reminding us of our youth. Crossfire does it for me. Long sessions of knuckle-busting steel balls shooting back and forth trying to score before my brother did. Originally patented in 1974, Crossfire was a huge commercial hit in the 80’s. If you were alive in that era, watch the original commercial above and tell me you don’t remember it! 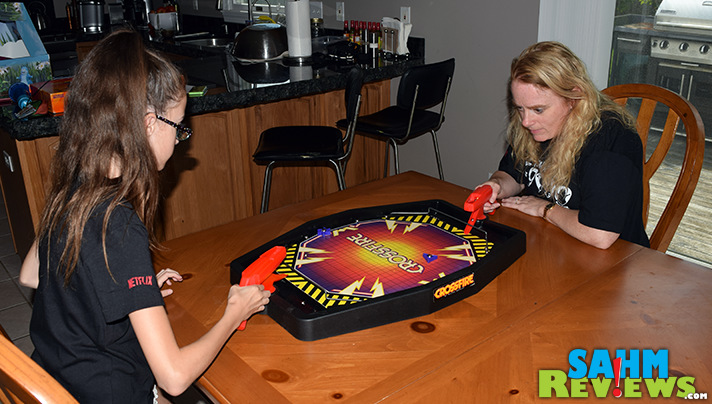 But this copy was dirty, missing the box and instructions and priced a bit higher than I normally like to spend. But let’s be serious, who can put a price on nostalgia?! $4.88 later, this copy of Crossfire was in the van and on the way home. Let’s just hope it was as good as my 11yr old brain remembered. 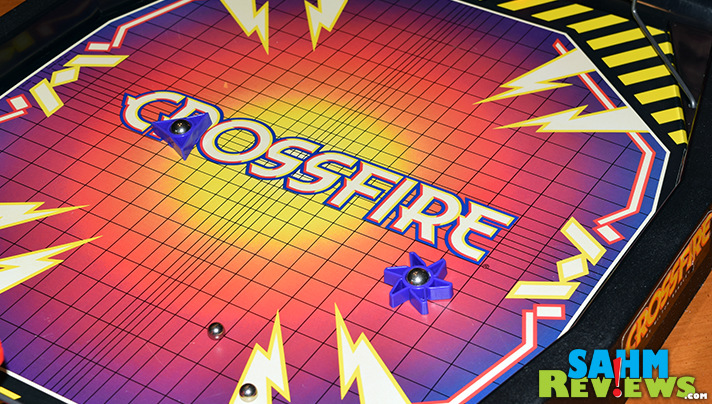 Our original copy was by Ideal. This one was issued in the later 80’s/early 90’s by Milton Bradley with a better-designed board and colorful graphics. Even though not the same one I enjoyed way back when, I think I actually prefer this version more. 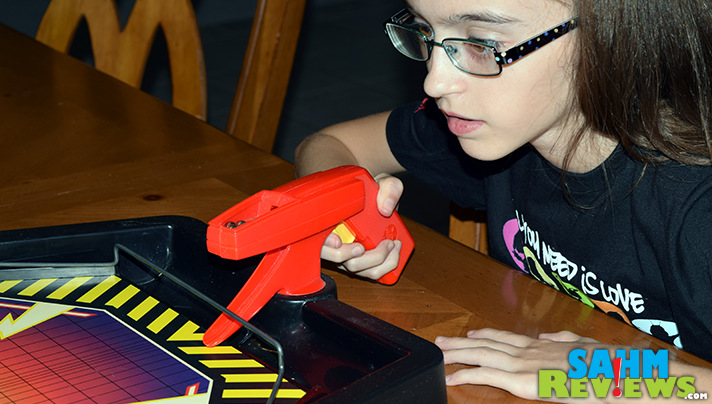 Although without instructions, the rules immediately came back to me. Each player starts with an equal number of steel balls loaded into their gun. Two different-shaped ‘pucks’ are set in the middle of the board, each one assigned to a player. 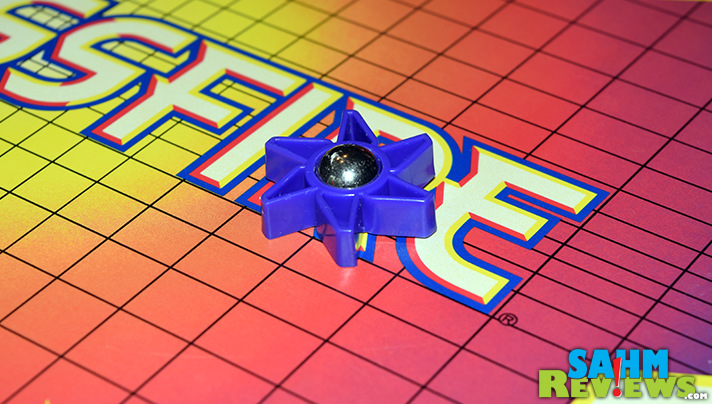 Someone yells “Go!” and both players begin shooting their guns, releasing rolling balls towards one of the pucks. Your goal is to get the puck into the other player’s well before theirs gets into yours. So not only must you shoot at your own, you must also shoot at theirs to back them up before they score. 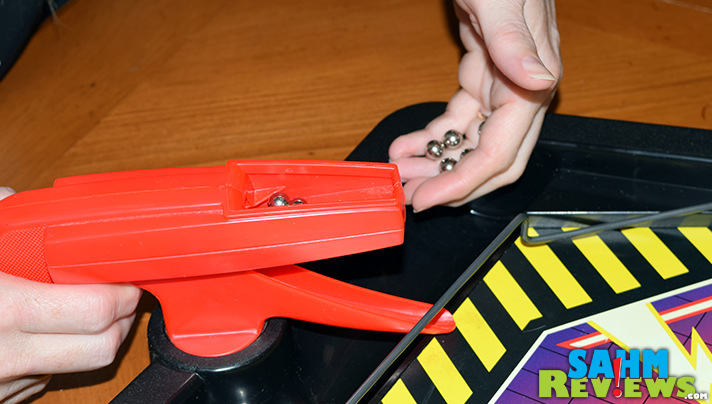 Guns unload rather quickly, but fortunately they are caught in your well allowing you to reload right away. Scoop up the balls in one hand and dump them into the chamber without missing a shot. If both players are equally matched, expect a round to last 10-15 minutes at least!

There are a number of good copies on eBay if you’re reminiscing after seeing our find! And if you’ve never played Crossfire, you don’t know what you’ve been missing!