I haven’t been as excited about finding a game at our Goodwill since I came across a copy of Crossfire about a year and a half ago. It was one of those games that I had as a child and wore it out shooting those metal balls across the play field. I took the time to restore the game by wiping it down, waxing the surface and taking some steel wool to the metal bars to give them a polish. 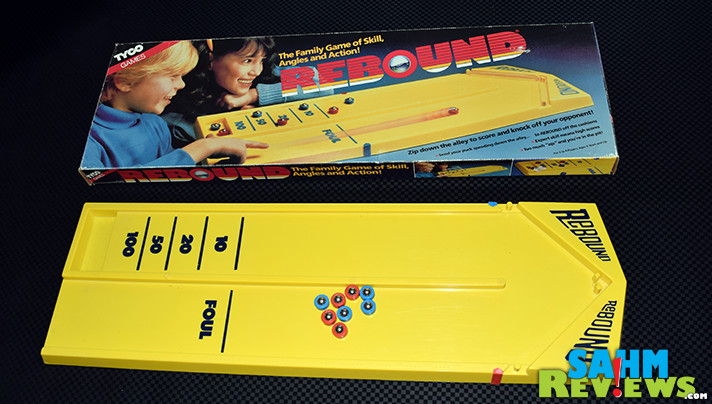 Today’s Thrift Treasure feature is another similar game that every kid of the 70’s wanted to have – Rebound. There’s really not much to tell about the game other than it is a two-direction version of shuffleboard. Two players each choose a color of disks to use and take turns shooting them down one side of the board where they hit two rubberbands and ricochet back towards you on the other side.

There they will either fall short of the scoring area, stop in one of the scoring spots or leave the board because you shot too hard. Players take turns shooting their discs (without going over the foul line) and after all eight have been shot, scores are added to the running total on the side of the board.

Just like Crossfire, our copy of Rebound was very dusty and the discs (steel balls inside a plastic ring) were a bit grimy. So we decided to also give it a good cleaning and maintenance to get it back to better-than-new condition. First we began soaking the discs in some warm water and standard dish soap to cut through the grease and grime. 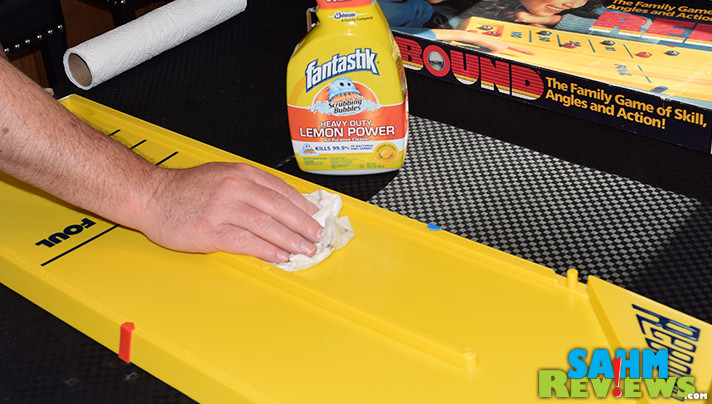 To cut through the layers of dust, we sprayed the board with some Fantastik and wiped it down with a paper towel. 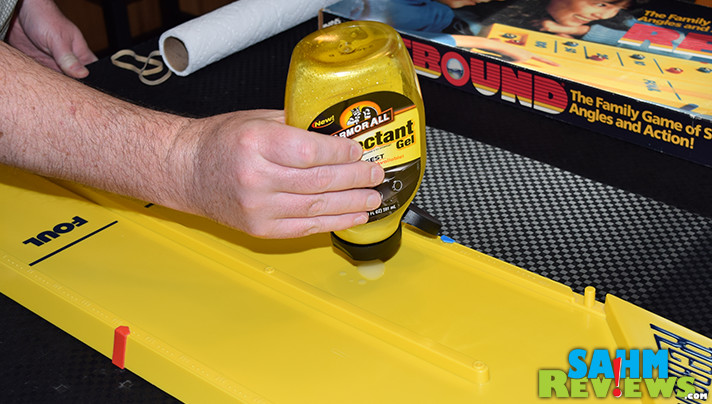 We wanted to make sure the playing surface was as slick as possible, so a coating of Armor All was applied. 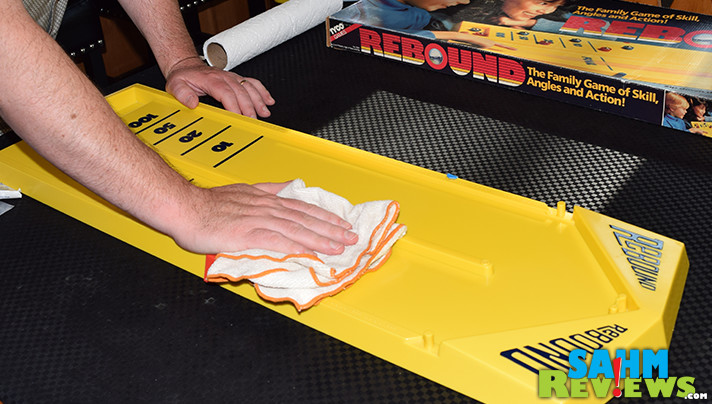 We then buffed it dry with a microfiber cloth until there was no evidence of the gel. The plastic was now slippery to the touch without being able to feel any residue. 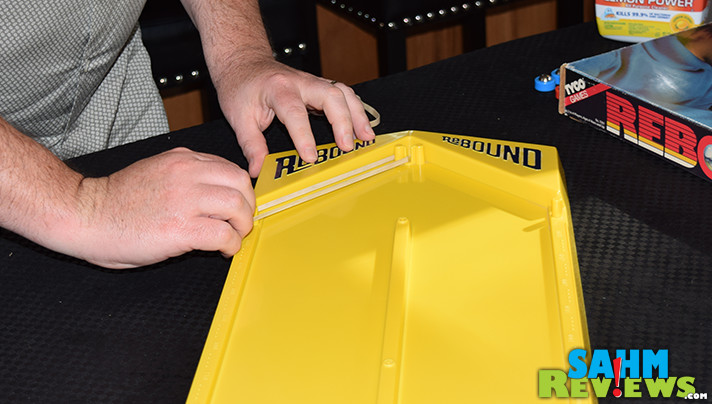 New rubber bands were needed and we were lucky to find two matching ones in a random drawer. They are not quite as wide as the original bands, so we will keep an eye out for better replacements. However, thanks to the slippery surface you don’t have to throw the discs quite as hard, so the thinner bands are performing well. 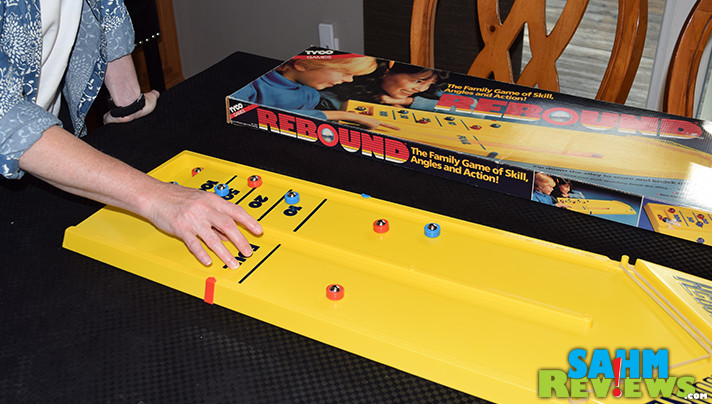 We’re extremely pleased to have found our copy of Rebound for under $5 at our local Goodwill and since it cleaned up so nicely, we expect to get a lot of use out of it. Our copy was originally issued by Tyco and has recently been released by Mattel (also called Rebound) and Ideal, who named their version Two Cushion Bumpershot. Both are identical games, the only difference being the color of the board (blue or red). They both have a similar price, so buy the one that is on sale!

What game from your childhood do you wish you had back?