Just the other day Scott and I were discussing how much we learned during our years of living in Los Angeles. We learned about other cultures, traditions and foods that we would never been able to appreciate if we had never left the area where I had spent the rest of my life.

With business partners from other countries, we were able to experience so many things first-hand and while you couldn’t pay me enough to sit next to a soup-filled melon (because the smell is atrocious), I discovered I really, really liked sushi. I started off with Americanized-sushi first but eventually developed a taste for sake (salmon) nigiri, maki and sashimi.

Have you ever been to a sushi restaurant? It’s not cheap. It’s not the least bit affordable when you have two growing kids who have decided they like it too. Well, my parents came to the rescue with our 2014 Christmas gift. They gave us a gift certificate to a local seafood market which happens to be the same market that supplies all the local restaurants with their sushi-grade seafood. Each time we visit, our purchase increases. That’s mostly because Scott has figured out how to make some pretty awesome sushi at home using tools he purchased on Amazon. Each time I share a photo of one of our nigiri or maki plates on social media, people ooh and ahh. I thought I would put together a list of the tools we use that make the process easier.

7 Tools For Making Sushi at Home 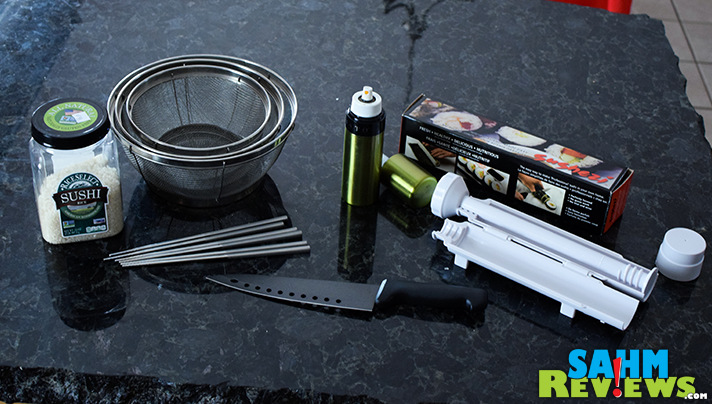 This isn’t a tool, but without this one key component, the rest is irrelevant. Not all seafood is created equal. Salmon that you would cook up alongside asparagus is not the same as what you would use for sushi. You’ll want to find a seafood market in your area and not expect to find it at your local grocery store. This is the most important thing to remember to create sushi at home. 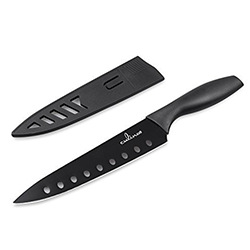 While you’re at the seafood market, ask them to do some preliminary preparation for you. Don’t expect them to slice it into nice sushi-appropriate pieces, but you can request that skin be removed. Their knife skills will probably be more efficient, leaving more fish. There are a number of sushi knives on the market that you’ll need for all the cutting you’ll do at home. With prices ranging from around $10 to a couple hundred, if you only plan on using it once in a while, get one that doesn’t break the bank. Yes, the more expensive ones have advantages, but the $10 one will do the trick and still work better than a knife from your carving block. 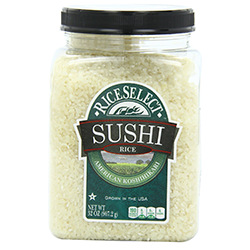 Just as I said not all fish is created equal, neither is the rice. There ARE different types of rice on the market and a sticky rice specifically for sushi is absolutely the way to go. We’ve “stuck” to Rice Select brand Sushi Rice and have been very happy with the results. 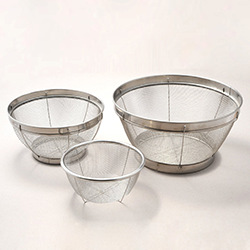 One of the secrets to properly prepared sushi rice is to rinse it prior to use. A traditional strainer often has holes that are too large for this purpose so we’ve been using a mesh strainer. 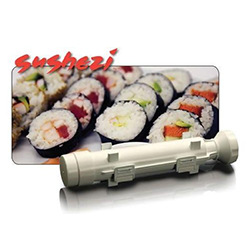 Don’t laugh, but we use the ultimate shortcut for creating our maki rolls. There are a variety of kits on the market designed to make sushi preparation easier, but we’ll take this one of the others any day. The process is simple. Open the tube, spritz it with a tad bit of oil to keep the rice from sticking, add the rice, impress the rod into the rice to cause the divot for the other ingredients, open it to add the ingredient and close to compact it. You push it out of the tube like a cookie press right onto the Nori, slice and serve. Seriously easy. 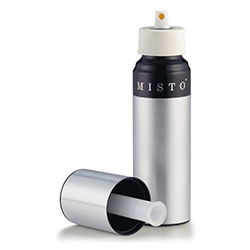 Using an oil spritzer on the sushi kit prevents over-spraying. That’s the only use, but it’s a good one! This spritzer is great for other uses in the kitchen and helps reduce the amount of oil used in recipes. 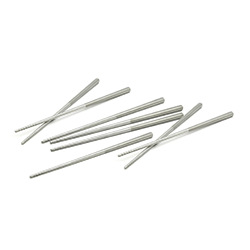 Sure you can use wooden chopsticks like you get from the Asian restaurant, but these stainless steel chopsticks are not only beautiful, but can be washed easily.

While your first few attempts might not be as pretty as what you would receive at a restaurant, they’re certainly more affordable! It will only take a few tries before you see improvement and start wishing you had started making sushi at home sooner!

What is your favorite kind of sushi and will you attempt to make it at home?

47 thoughts on “7 Tools for Making Sushi at Home”