By now you know that one of the things we love to write about the most is board games. Partly because the world is in the middle of a board game renaissance thanks to the availability of small-run manufacturers and crowdfunding sites like Kickstarter, but also because it is amazing family time for us and the kids. So much so that we attend a local “Board Game Night” every week in our city. Many a movie and sleepover have been passed on because our girls don’t want to skip it and miss their chance at ‘beating the adults’!

We also love to attend conventions of all types throughout the year, mostly centered around the blogging industry, but also ones that appeal to the whole family. Last year we even got to meet one of our heroes, Stan Lee, at C2E2 in Chicago! This year it was a given that we should combine these two activities – and what better place to do it than at the longest-running, best-attended, gaming convention in the world: Gen Con!

This year around 60,000 of the nation’s most die-hard game fanatics will descend on Indianapolis for four days of 24-hour game playing. Every state in the nation is represented along with 40 other countries from all parts of the world! Last year they had a total turnstile count of over 180,000 (over four days). 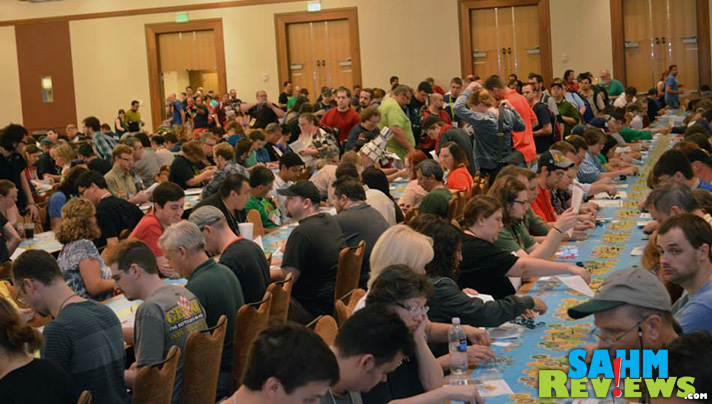 In 2013, Mayfair Games set a world record at Gen Con for the largest game of Catan ever played with over 900 participants. This year they are attempting to break their own record by sitting up to 1200 people for one play of Catan dubbed “The Big Game”. 1200 people, one game. Wow… 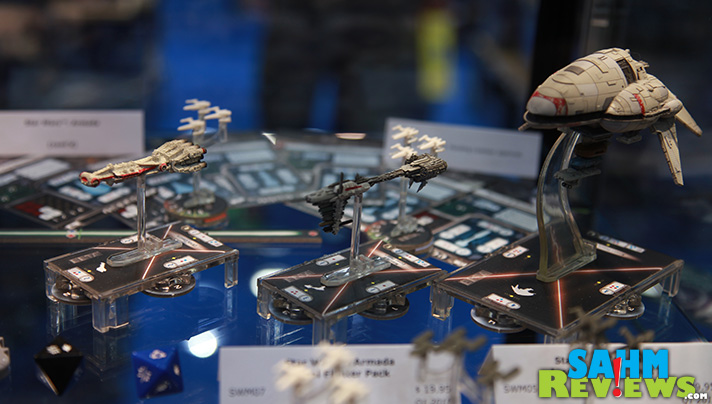 But this is just one of over 14,000 scheduled events (that’s NOT a typo) ranging from Star Wars tournaments to costume contests to learning to make sushi. And of course we can’t forget the 100’s of game exhibitors each running demonstrations of their latest offerings. If you can’t grasp the level of excitement I have in these words, hopefully the next few days will better express it.

30 thoughts on “SahmReviews is Going To Gen Con!”