By now you’ve heard us share a detail or two about the activities we’ve been doing while the entire world is shut down. I gave you our beginner’s guide to painting miniatures, shared a variety of ideas for different types of board games to play and have even shared details about No Man’s Sky, a video game we’ve been enjoying. We’ve also spent a lot of time gathered around the table working on puzzles. You may recall our articles on colorful puzzles, educational puzzles, retro puzzles and jigsaw puzzle accessories. We’ve done so many puzzles that we resorted to creating a video depicting our Expert Mode assembly of a 1000 piece puzzle. So what more could we tell you that we haven’t already said? Lots. Puzzles come is so many different shapes, sizes and styles. There are some that are designed for little kids and others that seem to shoot for the label of most difficult. Even someone who isn’t a puzzle fanatic may change their tune when they see one for their favorite licensed property! 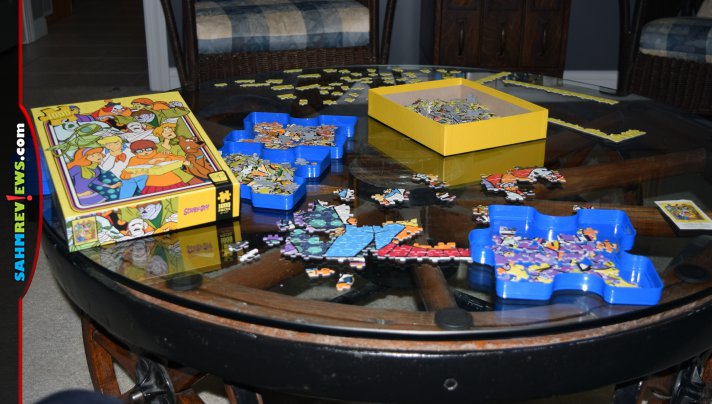 During our media visit to Nintendo, we received a Mario puzzle that was one of the hardest puzzles I’ve done in years. I hadn’t paid much attention to who the publisher was, but when the stay-at-home order hit, I saw it show up in my feed and realized it was from The OP. It made me grumble, because that’s the only puzzle I can remember that broke my spirit. The incredibly tedious background made it awful and awesome at the same time. But it was Mario and that was pretty cool. About a month ago, a package showed up from The OP and it included a couple of their current licensed puzzles including Scooby Doo and Harry Potter. 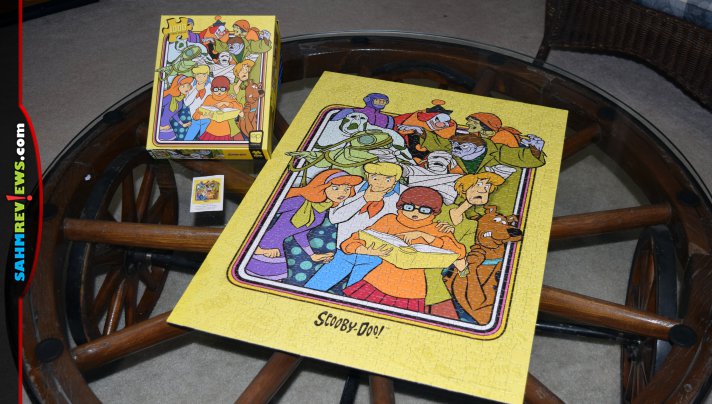 I have fond memories of watching Scooby Doo and the gang when I was a kid and have really enjoyed seeing the resurgence thanks to the release of Scoob. So this puzzle is nostalgic and not at all difficult. There are plenty of different colors and the pieces are a good size which made this a good one to pop in and do a few sections in-between work and whatnot then leave and come back later. 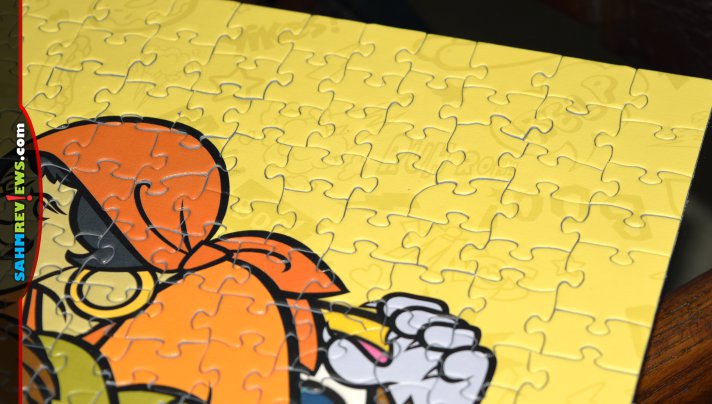 What I thought was pretty cool was the subtle background detail. If you look closely, you can see it says, “Ruh Roh!” and “Relp” along with a handful of sketches of donuts, hot dogs and ice cream. While I wasn’t able to use the background decorations to find the right pieces, it was definitely entertaining to read it when it was together. 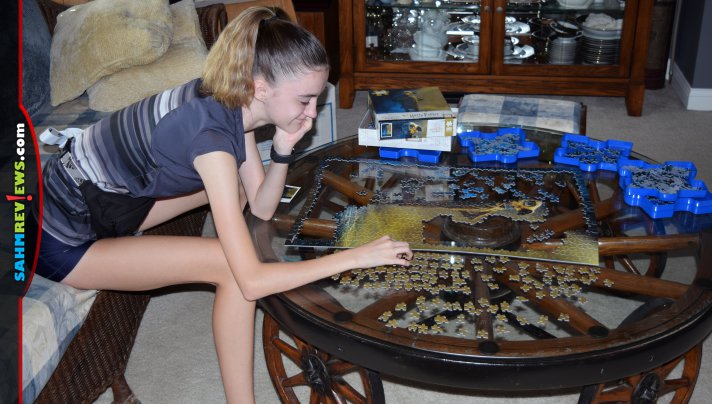 We also received a Dobby puzzle, the house elf from Harry Potter. The girls only recently took an interest in the franchise thanks to their scheduled (then cancelled) trip to Universal Studios to perform with the band during Spring Break. They immediately recognized the character which was something that wouldn’t have happened six months ago. 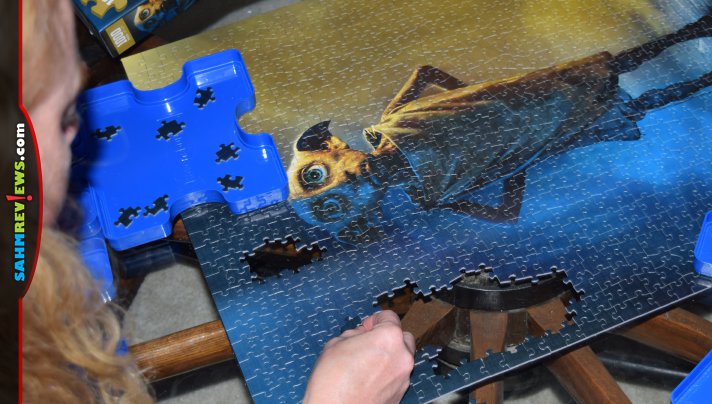 This knowledge of the character made them more interested in the puzzle than some of the others we’ve worked on recently. We left it set up on a table in our sitting room and worked on it here and there over the course of several days.

While we are all ready to be done with quarantine and get back out into the world, finding these little glimmers of happiness in the chaos is important. If you’re looking for something to keep you occupied, check out the many different licensed puzzles from The OP on Amazon and even more puzzles on their website. Check them out on Facebook and Twitter to get updates on their latest releases, including Hues and Cues which will be hitting the shelves at Target soon!

What licenced properties are you fanatical about?