While at this year’s Gen Con convention in Indianapolis I wandered by the booth of Restoration Games. I was admiring the expansion to their popular issue of Downforce and trying to get a peek at the Fireball Island prototype they would show off every once in a while. What actually caught my eye was a smaller game I knew nothing about (and I pride myself on being on top of almost everything in the industry).

Now I’ve know Restoration Games for a couple years and the wonderful people behind it are passionate about acquiring the rights to older classic games, updating the artwork and rules for the 21st century and offering a product that is much better than the original. They’ve done this with Downforce and also with Stop Thief! and Indulgence. What I didn’t realize is that Dinosaur Tea Party was also a remake of a classic game, probably because the original didn’t have anything to do with our reptilian ancestors. 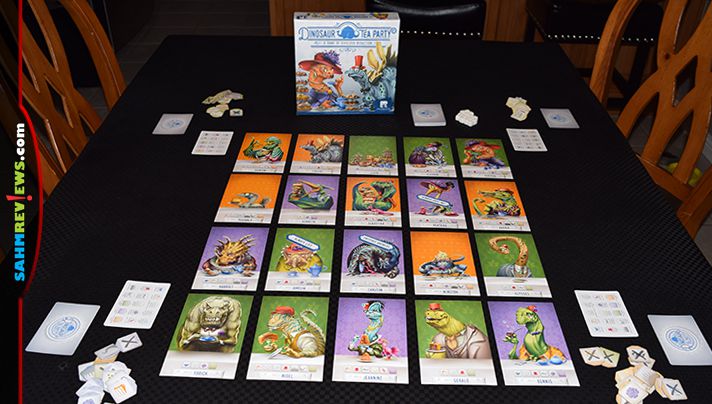 Dinosaur Tea Party is a re-imagination of the 1976 Parker Brothers game of “Whosit?” without the unacceptable stereotyping common in products of that era. In it you are playing as one of twenty dinosaurs attending a tea party. And exactly like myself in real life, you have a hard time putting names with faces. 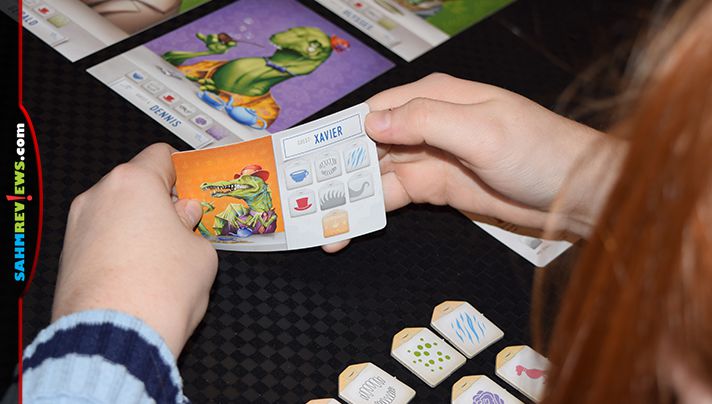 The box includes twenty dinosaur tiles with twenty corresponding dinosaur cards. The tiles are laid out in a grid in the center of the play area and three dinosaur cards are drawn and the included quirks tiles are put on each one. Each person (up to five in total) is dealt one of the dinosaur cards and this becomes your character for the time being. All players also receive a set of matching trait tokens to be used to help you determine who is whom. 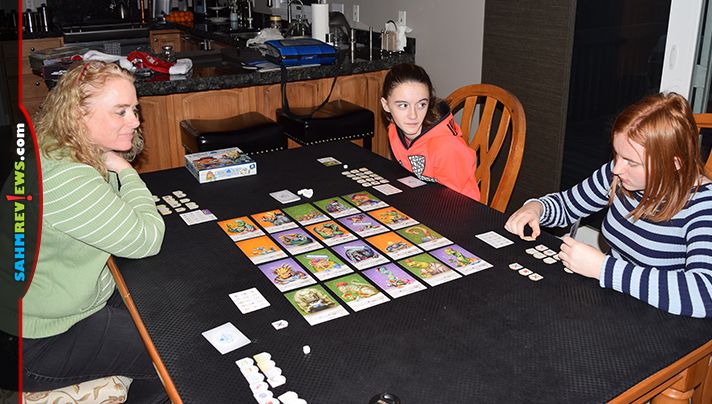 Listed on both the tiles and cards are each dinosaur’s traits. These are varied from the color of the room they are in, whether they have striped or spotted skin, if they’re eating or drinking (or neither), have a pet, spikes, a tail or teeth or even wearing a certain clothing accessory. Each dinosaur is different and it is your job to inquire to the other players to try to figure out which dinosaur they are. 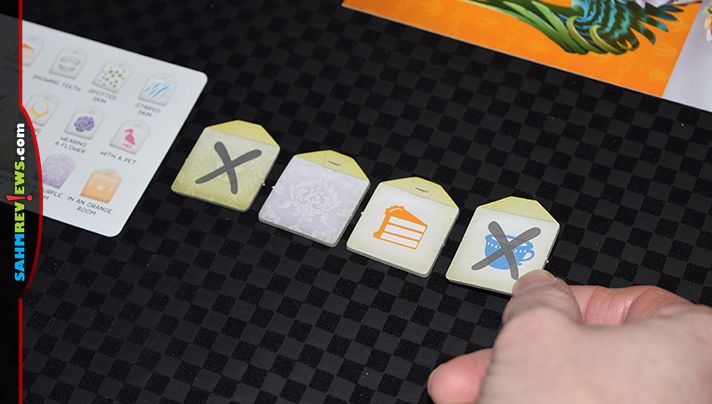 On your turn you will ask a question of any other player about their traits. You can play it straightforward or do a little roleplaying and ask the question in character. “Hello Dear! Isn’t this just a lovely party? But the weather looks like it will turn. Have you brought a hat?” The guest you question will answer only with a “Yes” or a “No”, giving you a clue as to their identity. 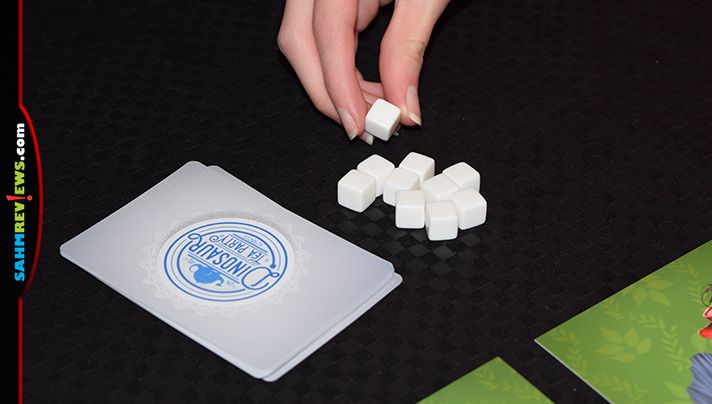 As long as the answer was “Yes”, you may continue taking turns, asking additional questions or trying to guess the name of one of your opponents. The guest marks your correct guess by placing their matching trait marker in front of them for everyone to see. If you are incorrect in either your trait question or identity guess, your turn is over. If you are able to correctly guess the identity of the other player, take a sugar cube (for your tea) from the pile! That player gets to draw a new identity and start fresh! The first person to win three sugar cubes wins Dinosaur Tea Party! 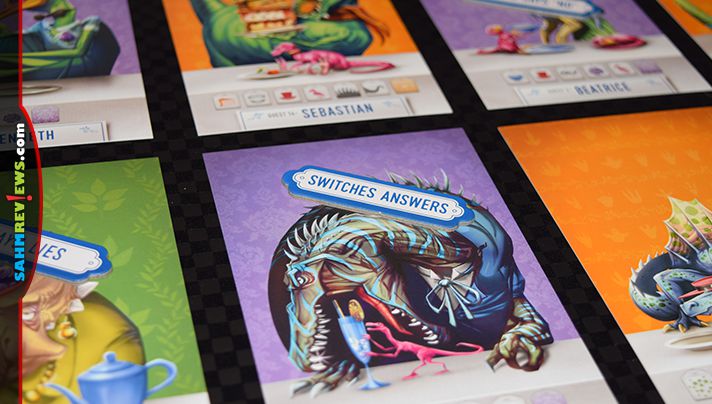 I briefly mentioned “Quirks” earlier, but need to explain how they make this game more than just a game of 20 Questions. These three characters always do what their individual quirk says. One will answer every question about their traits “No”. Another always lies about their traits. While the third answers either “Yes” or “No” to the first question they answer (either truthfully or not), then answers the next question with the opposite answer. They continue back and forth with “Yes”, “No”, “Yes”, “No”, etc. until they change characters due to someone’s correct guess.

Dinosaur Tea Party is another example of a solid game worthy of inclusion in this year’s gift guide about games for family game night. Pick up your copy on Amazon for under $20 or at your friendly local game store. Restoration Games just began shipping their latest title, an amazing remake of Fireball Island, and are working on more than one fantastic title slated for next year. Be sure you’re following them on Facebook and Twitter so you’re the first to find out what’s next!

What classic game would you love to see remade?