I’ve been excited for the release of the Cars 3 for quite some time now. Despite my behind-the-scenes experience of being at the Sonoma Raceway, interviewing the writers, the Cars 3 press conference with director and producers, learning about the production pipeline from technical staff and hearing how Pixar incorporates the history of racing into Cars 3, my excitement was merely my own (and hopefully conveyed to you in the various Cars 3 Event posts I shared)! But it wasn’t until a visit to the theater last weekend did I feel the true excitement looming for today’s big release.

We sat watching the pre-movie trailers and the Cars 3 footage began to roll. As the young boy sitting next to me witnessed McQueen flipping over and over and over, the full scope of the situation was obvious to even his young eyes. I heard the saddest prolonged, “Noooo!!!!!” that I’ve heard in a while.

Then when the trailer ended, he turned to his mom and said, “June 16th, Mom. It’s June already now, right?”

And I boiled over with a combination of joy and anticipation.

As I’ve said in prior posts, the story shares the trials and tribulations of a star who has been pushed aside by the younger generation of superstars. So while the kids can sit back and cheer on McQueen’s progress, the rest of us can soak in the underlining story of how you make lemonade (or custard or something) out of old lemons. 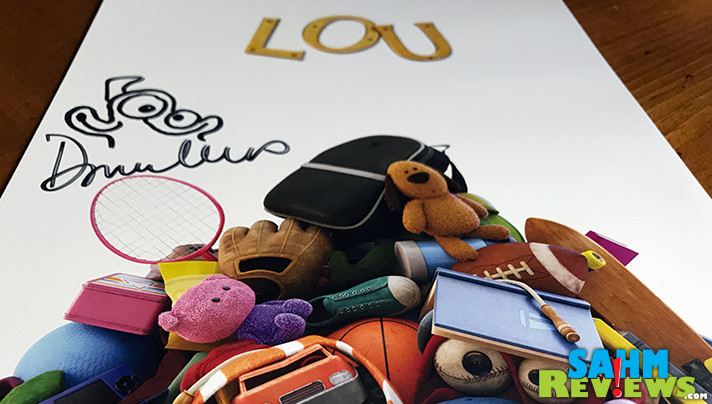 When you go (I’m not going to say “if”) make sure you arrive early so you can catch the latest Pixar Short, Lou. I don’t want to give too much away, but I will tell you is it revolves around a bully on the schoolyard. And like every other Pixar Short, it’s a great story. 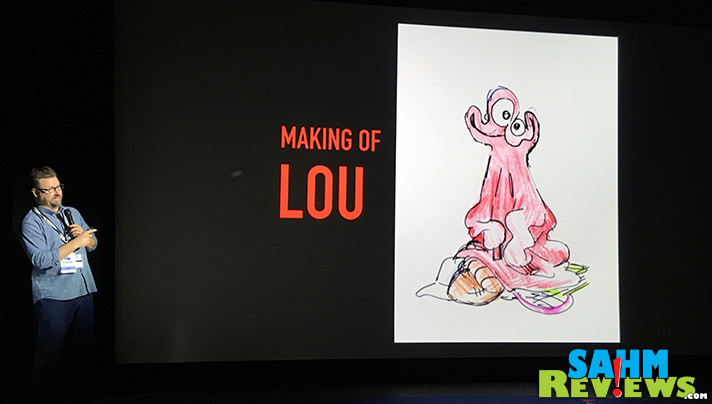 I originally had a chance to hear Dave Mullins speak while attending Disney Social Media Moms Celebration this past February. He was the man that had the idea to bring Lou to life. It was hard seeing the short back then and not being able to discuss it with anyone! 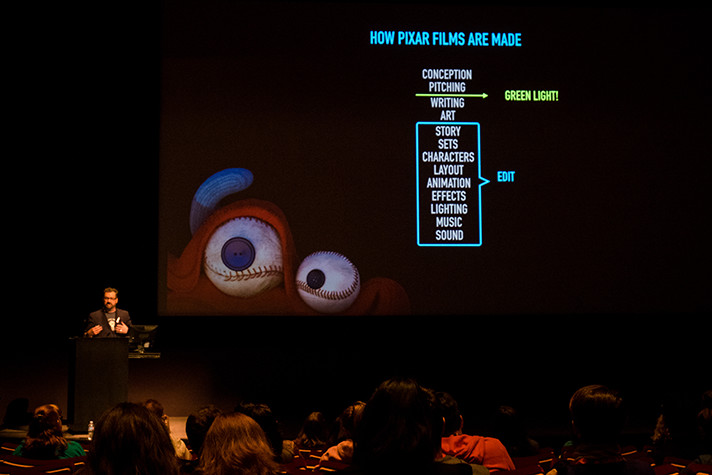 At Pixar headquarters, I was just as moved watching the short again and hearing Director Mullins share the process from conception to the coveted “Pixar Short” spot leading into Cars 3 today. Here’s the latest trailer:

The process included a very small 14 person team who worked to make the story engaging as well as entertaining. I think they nailed it. 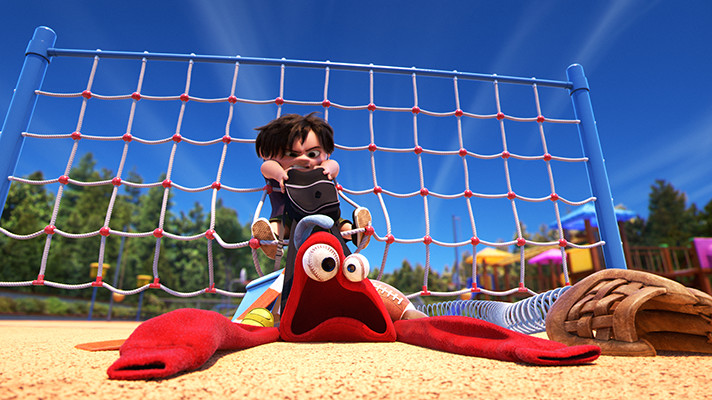 Because we love Easter Eggs from Pixar, if you happen to own the Inside Out DVD, you might notice one of Riley’s classmates bears a striking resemblance to J.J., the antagonist in Lou! While physically modeled after Jonah Bobo from Crazy Stupid Love and emotionally after Mullin’s own childhood bully, the character’s name “J.J.” has other meaning. Mullin’s decided not to immortalize his bully, J.T., in the short but rather pay tribute to his mom, Joyce Jean. How cool is that?

Between Cars 3 and Lou, expect it to be a good day at the movies!

Do you already have your tickets for the Cars 3 release?

7 thoughts on “Race to the Theater! Cars 3 Opens Today!”