Home / Recreation / Movies / From the Writers Behind Cars 3: “The Story of our Story” 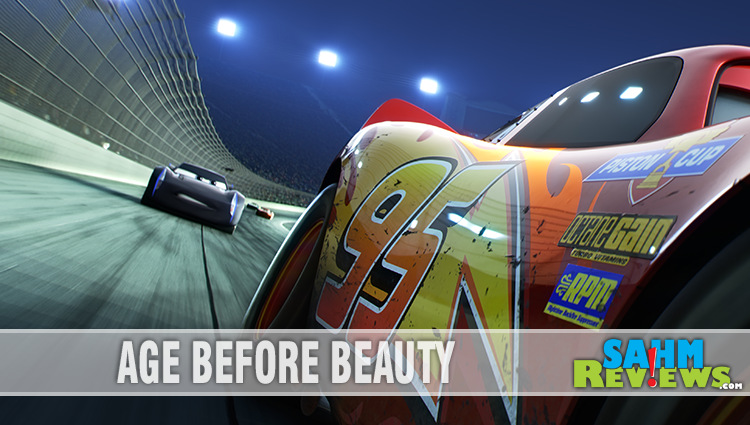 From the Writers Behind Cars 3: “The Story of our Story”

If you’ve read any of our articles here at SahmReviews, hopefully you recognize that we approach everything from a story point of view. We explain why we play board games, including why we like some kinds more than others. We’re open with how things impact our lives and why we make the choices to have our kids participate in STEM activities, find reasons to travel or even watch the TV shows that we do. Everything we do, as human beings, is for a reason. Of course, those vary greatly; On one end, we may be driven by a quest for knowledge or the thirst for improved physical health and well-being. On the other, perhaps we’re tired and simply need to rest. Life is a about choices and we are all given the free will to decide what paths we will take. 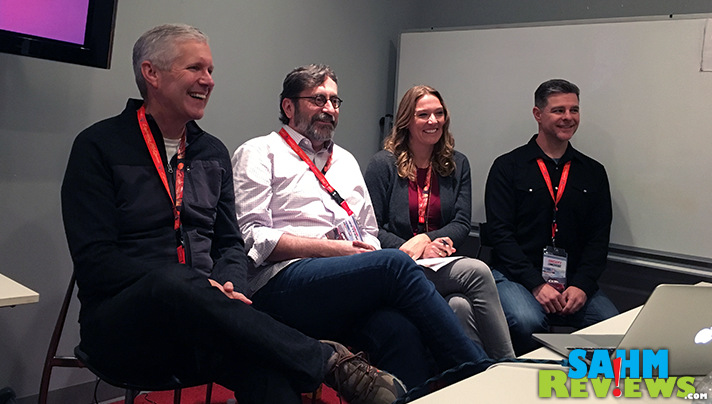 Understanding the reasoning behind something helps put it into perspective which is why I was so fascinated when the writers of Pixar’s upcoming animated film, Cars 3 (which opens in theaters June 16th), shared the story of their story in our exclusive interview. On the panel were Mike Rich (Finding Forrester, The Rookie, Secretariat), Kiel Murray (Cars), Scott Morse (animation and art positions for Brave, WALL*E, Cars 2, Ratatouille) and the amazingly talented Bob Peterson (Finding Nemo, Up, I’ll run out of room if I list them all). While this was Mike Rich’s first Pixar project, the others have held various positions in many Pixar productions and strongly emphasized that above all, story is key.

And boy, oh boy, did they deliver with Cars 3!

By now you’ve likely seen a trailer or two (or three) for Cars 3. I’m sure you’ve caught the gist of the story. Lightning McQueen was at the top of his game in the original Cars film. In Cars 3, we see the struggles of an aging superstar as the next generation looks to leave McQueen in the dust. 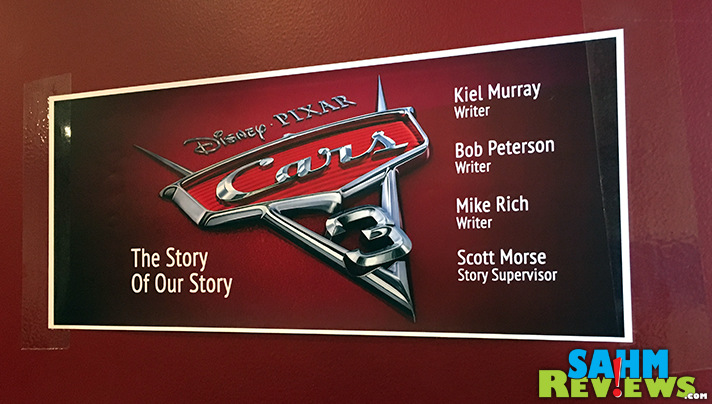 The writers of Cars 3 are no rookies to the business, but that isn’t what inspired the story.  We started with Mike Rich sharing the biggest challenges of the story was Lightning McQueen himself. “He didn’t have a problem; he didn’t have a dilemma. …The last we saw Lightning McQueen, he was on top of the world, he was a champion racer, things were going well for him.”  What it boiled down to is the story needed to take McQueen down a notch. If you think about sports, nobody stays at the top of their game forever. Michael Jordan, Jeff Gordon and Kobe Bryant were a few names they threw out. It’s true. All the greatest in the game eventually become known for who they USED to be. it’s simply a matter of fact that people age.

Pixar Veteran, Bob Peterson, provided some clarity, “When they start becoming obsolete, what do you do?” He went on to explain that in all Pixar films, the writers try to find a universal truth that everyone can identify with, “…Whether it’s toys or fish or whatever, as long as there’s something we can all learn from, a parable that’s being told about life in a universal way then it’s a story worth telling.”

With Cars 3, the resounding theme: Aging. We can all relate. When people are coming up behind you who are better than you, “do you crumble or do you rise up and change?” We push ourselves, sometimes beyond our abilities. I’m sure you can guess where this is going…

Yup. They introduced Jackson Storm. Need an antagonist to make you feel really old? Go up against a cocky young rookie. (That should sound a little familiar since that pretty much summed up Lightning McQueen at the beginning of the original movie.) He is sleeker, faster and much colder than his predecessor which I’ll share with you in more detail in a later post with the designers!

Of course, the story needed a sidekick, someone to help the McQueen realize who he needs to be and tried several ideas on how to make it work. Originally they had Cruz Ramirez (voiced by Cristela Alonzo) as a sidekick, then a clerk doing tasks like getting his coffee, then evolved her into a tech helping him on the simulator. Ultimately, they landed on a trainer because it’s a character that naturally is able to push McQueen to be his best. She had wanted to be a racer but had fears as a young car that she didn’t have what it took to make it. She represents the next generation where it’s all about technology whereas he’s a piece of the past having raced on sand and dirt and other places. They are able to learn something from each other. Having viewed much of the movie, I have to say that her one-liners are awesome. She continuously reminds him that he’s old with comments like “You’re my senior project.”

During the interviews, we heard not only how the story line developed, but also the details of how they created backstory and paid homage to real people. Scott Morse, Story Supervisor, explained that Pixar prides itself in living in the source material and delving into the details. Mike Rich, Director Brian Fee and Scott Morse hit the road to gather the intel and emotion that you only find when you really look for it. Realism on the screen only happens when it’s true to life. The team took several research trips and interviewed many people to immerse themselves in the story. They visited the south looking for the deep history, both oral and written, which is how they were able to incorporate so many real racing legends in Cars 3. They talked with people like Jimmy Johnson, Richard Petty and Humpy Wheeler and visited the Daytona 500 where they sat in the nosebleed bleacher seats in order to surround themselves with the fans.

Despite all their work on the story, it didn’t have the emotional level that it needed for the big screen. They started discussing ways to bring more to life. They wrote and rewrote ways as to how the hero could step back and look at the world through a different point of view. One scene between McQueen and Cruz was the turning point. I don’t want to share anything that would be a spoiler, but in deep despair, Cruz asked, “How did you know you could do it?” McQueen gently replied, “I don’t know, I just never thought I couldn’t.” She sadly replied, “I wish I knew what that felt like.” The writers showed us rough story boards and we felt it.

The Cars 3 story team shared so many more details than I could cover in one article! I knew a lot went into creating such a production, but never realized how many writes and rewrites and pieces hit the floor. If the first portion of Cars 3 is any indication of how the movie wraps up, I predict it will be a bigger hit than the original.

After all, we can all relate to the subject matter!

Does the subject matter of the story (seeing McQueen NOT at his best) make you more interested in watching it?

12 comments on «From the Writers Behind Cars 3: “The Story of our Story”»