You may not realize it but in addition to our fascination with board games, we also have an interest in cars. We’ve shared the importance of tires on winter driving, preparing your vehicle for summer travel and winter travel as well as tips for detailing your car’s interior and dealing with a dead car battery. You may have noticed that we featured a few different cars in those posts and I can honestly say we would have others to feature if we had a larger garage. I can’t imagine what it will look like when our daughters start driving and need a car as well.

Of course, one of our vehicles is a mini van and 20 years ago I swore I would never own one. I hated the one my friend had gotten when she had kids in the early 1990’s. Of course, once our kids came along we realized the ease of use and benefits having a mini-van offered. After attending an auto show in Los Angeles, Scott waited until I was out of town then picked me up at the airport in the new van. I was floored but quietly acknowledged it was a good purchase. Had we not attended the show and been able to check out the variety of options, we might not have found one that we liked. Auto shows are known for revealing upcoming models and fancy concept cars, but there is also a practical side to attending. Why should you go? I’m happy to tell you! 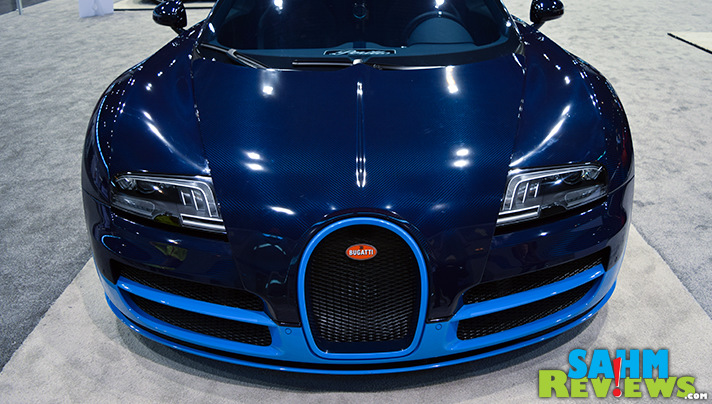 Let’s be honest. You don’t have to be an automotive geek to appreciate amazing cars. The Chicago Auto Show not only has everyday vehicles on display, but they also showcase unique vehicles. High-end sports cars such as the Dodge Viper, Ford GT and various concept cars can be seen in many areas of the show. In addition, there’s a special “super cars” corral for the ultra-fancy ones like Rolls-Royce, Bugatti, McClaren, Lotus and Lamborghini. 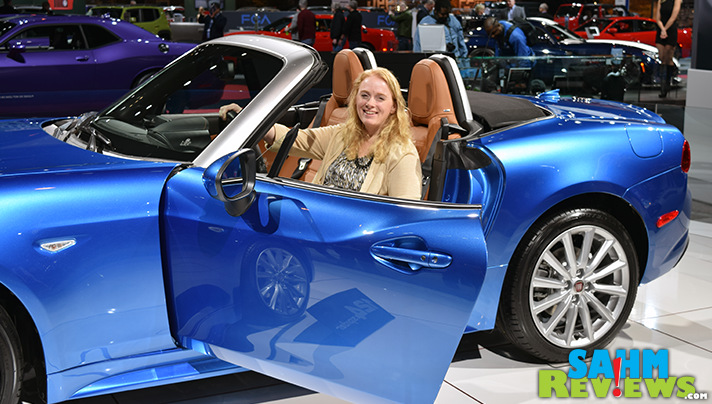 Car Shopping Under One Roof

There are few places where you can go car shopping and see so many different make and model options all under the same roof. The Chicago Auto Show provides attendees with the opportunity to touch, feel, sit in and even test drive vehicles. If you’re in the market for a new car or might be soon, it’s worth making the trip to save time later as you research which vehicle will be the best fit. As I mentioned the other day, our oldest daughter just turned 13 so it won’t be long until she IS driving. It’s never too early to start planning for that! 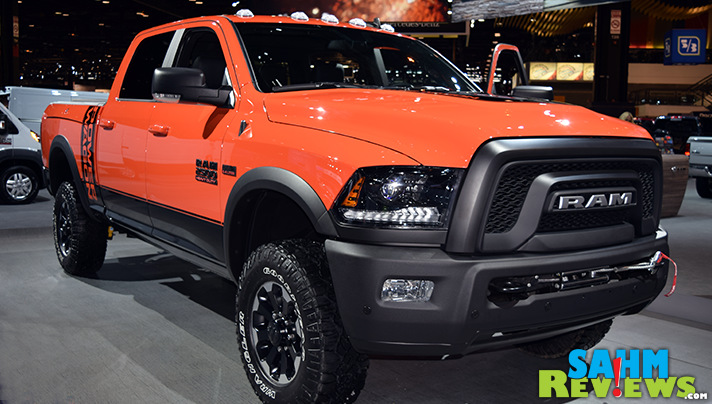 Admit it… it’s not always a lot of fun to go check out vehicles at the dealership. You may be there just to see a vehicle in person or pick up a sales flyer with details. The minute you step foot on the lot, you are greeted by a salesperson. At the Chicago Auto Show, the people are there to tell you about the vehicles and answer your questions without the pressure of a sales pitch. 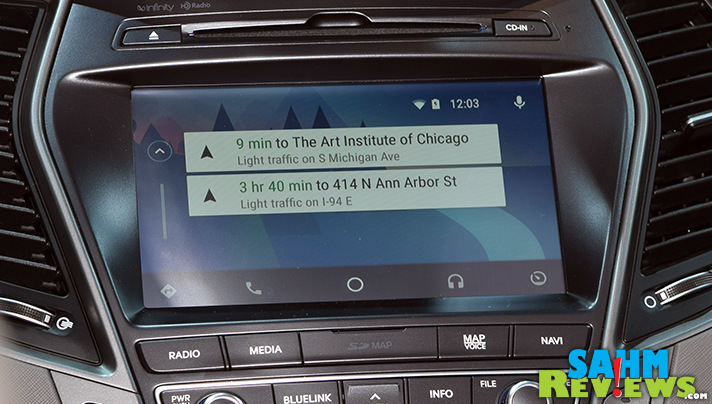 Opportunity to Learn About Innovation

Technology changes every day. We see it whenever we walk into a Best Buy or even a Walmart. Televisions, toys and appliances are constantly integrating new features and options. So are cars, but unless you are looking or riding in someone else’s, you probably don’t even realize it. By attending the Chicago Auto Show, you’ll have a chance to see improvements to the interior, the safety features, integration with mobile devices and other innovative upgrades. 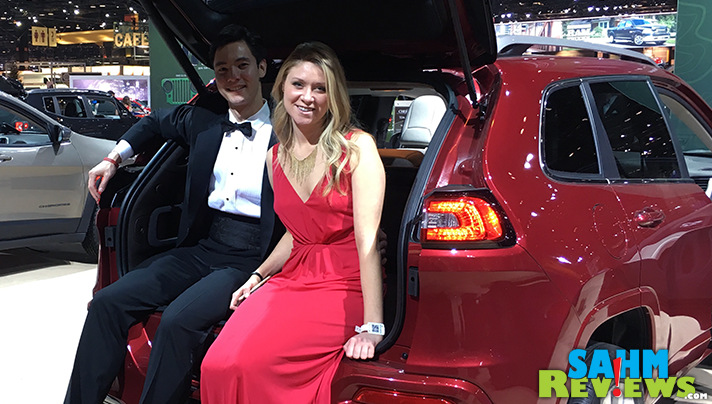 I had the opportunity to attend the First Look For Charity event the night before the Chicago Auto Show opened to the public. Little did I know this black-tie event raised so much money for local charities! Over the past 24 years, the charity event has raised over $42 Million for Chicago charities! 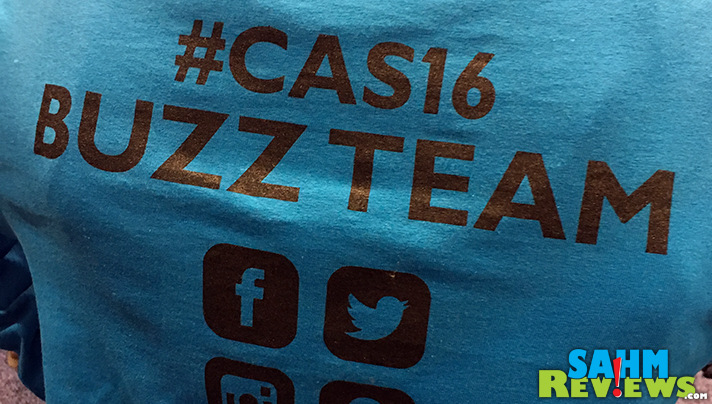 Chances to Be Social and Win

It’s always fun to share pictures on social media, win prizes and receive swag and the Chicago Auto Show knows it! The Buzz Team handled promotions during the show while bloggers like myself were hosting Twitter parties giving away prizes to people online. No need to worry about running out of juice on your phone because the show had charging stations throughout that complimented the free WiFi provided by Cars.com! 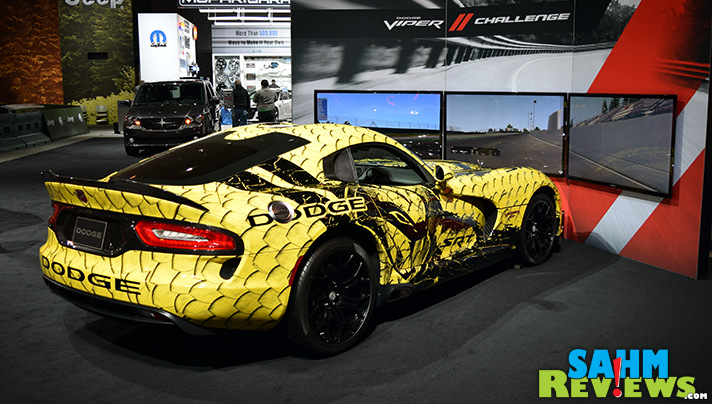 It’s Fun for the Whole Family

Last but certainly not least, the Chicago Auto Show is fun! The were a variety of tracks throughout the show that offered ride-alongs so attendees to see first hand how vehicles handled in various conditions. There was also a Dodge Viper simulator that put even the coolest of arcade simulators to shame!

If you’ve never attended an auto show, the Chicago Auto Show is worth adding to your to-do list. The 2016 show runs through February 21st. Check out the latest news from the Chicago Auto Show Team on Facebook, Twitter and Instagram. You can see what the rest of the attendees are sharing by following the hashtag #CAS16 on your favorite social channel.

What would be your favorite reason to attend the Chicago Auto Show?

25 thoughts on “Reasons to Attend The Chicago Auto Show”