I’ve been playing video games for the majority of my life. Santa brought us an Atari 2600 when I was only about 7 years old. That was dang near 40 years ago! Over time, we let go of our Atari, upgraded to a ColecoVision and eventually to a Nintendo Entertainment System. I loved Duck Hunt and thought Rob the Robot was the most amazing advancement in technology ever, even though I couldn’t master how to use it!

I have some amazing memories of playing games as a kid and young adult and even an adult. It only made sense that I would welcome the idea of creating such memories for my girls. We’ve played games as a family, but also encouraged the girls to play on their own. Sometimes fate steps in to ensure they’ll find something that they both can agree is fantastic. 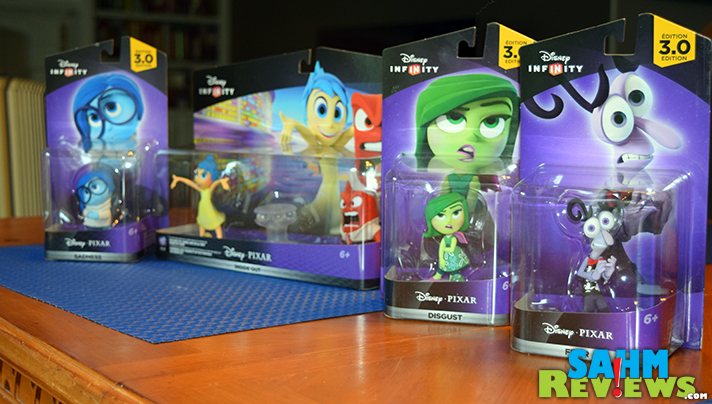 Back in the summer of 2013 I attended an event introducing a new innovation in gaming, Disney Infinity. I was amazed at the ability to change the scenes, follow themes and adventures from my favorite Disney characters and be creative mixing characters together. Then a few months ago during my adventure for the Disney Pixar Inside Out Premiere, I had the chance to play around with the latest iteration of the franchise game, Disney Infinity 3.0. As fate would have it, I learned even more direct from Disney Infinity’s very own John Vignocchi during Blogger Bash in New York. 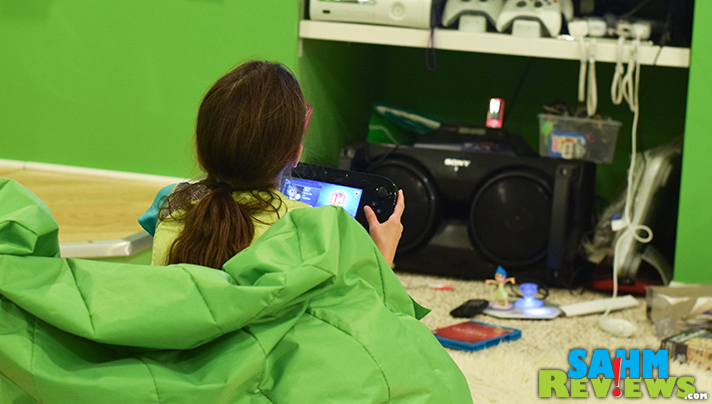 What makes Disney Infinity unique is that it isn’t JUST about Disney’s traditional line of characters; it encompasses the wider Disney umbrella including Pixar movie characters, Star Wars, Tron and Marvel! Think about the diversity of similar and polar opposite personalities: Iron Man’s Hulkbuster on screen with Olaf. Minnie and Disgust. Yoda and Anger. Ultron and Chewbacca. One child can be all about Disney’s princesses while the other can be something a little more sinister. 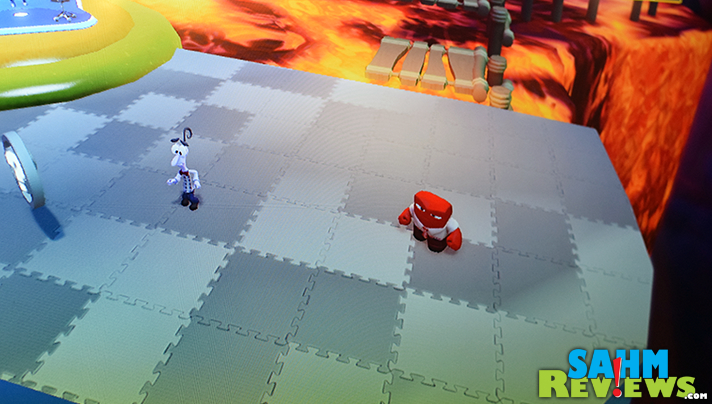 Our oldest daughter likes games typical of a gamer while our younger daughter prefers friendlier games that aren’t so aggressive. Disney Pixar Inside Out is a movie they both enjoyed and touched them for different reasons. The girls enjoy playing the Inside Out characters because it offers the diversity of the emotions while allowing them to work together to achieve the goals. It’s totally win/win.

Finding gifts for kids these days can often be a challenge. With my nephew, we purchased an X-Wing starter set for him and on each holiday or birthday after that, we’ve added to it with a new X-Wing figure release. It’s been nice to not have to stress about what type of gift to get him. One thing that I really like about games like Disney Infinity is that it becomes a legacy item. A parent (or other relative) can give the Disney Infinity 3.0 starter pack as a gift for a child’s birthday. 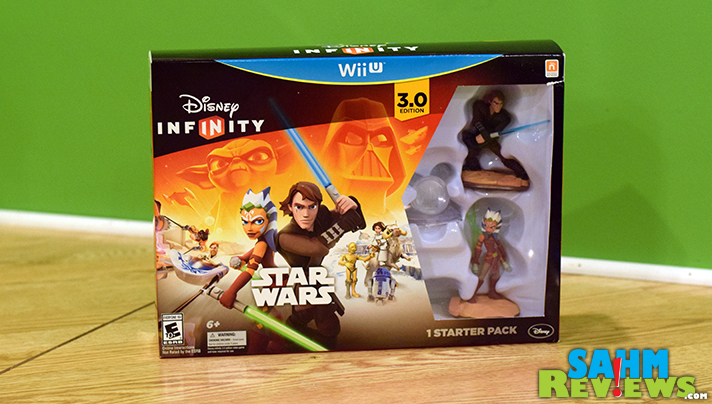 The starter kit includes Disney Infinity 3.0 Edition video game software, 2 Star Wars figures: (Ahsoka Tano and Anakin Skywalker), 1 Disney Infinity 3.0 Edition Base, 1 Star Wars™: Twilight of the Republic Play Set piece and 1 Web Code card (unlocks content for PC/mobile). Then on a subsequent gifting opportunity, add to the collection with the latest release, a child’s favorite character or Power Discs. As an example, some Star Wars and Inside Out characters have already been released, but Spot from Good Dinosaur and other Star Wars figures are set as future releases. Power Discs give your characters special power-ups, unlock special gadgets and get new vehicles and (unlike prior versions of Disney Infinity) come in a clear package where you can see what you’re getting! To top it all off, the Toy Box is accessible across platforms and you can play Disney Infinity 3.0 Toy Box on iOS devices!

There’s so much more to come for Disney Infinity 3.0 and it is all very exciting! As the holidays approach, I’m sure it will be among the items on a lot of wish lists while many of the characters will be highly sought after. Hot toys and games related to Star Wars: The Force Awakens are already out of stock in many stores so if you have a Star Wars fan in your family, you’ll want to consider grabbing the Disney Infinity 3.0 Star Wars starter pack sooner than later. There is nothing worse than having to tell your child (or husband) that something they really wanted was out of stock. You may even find a few characters that you love as well!

Which characters will be your favorite?

41 thoughts on “Plan to See Disney Infinity on Wish Lists”