It isn’t very often that we get the chance to play word games. But as of late we’ve been fortunate to try out a few. Lately we’ve been testing out the new Codenames Duet that will be released at Gen Con this year. It’s a 2-person cooperative follow up to the hit of 2016, Codenames.

As we worked our way through Eagle Gryphon Games‘ E•G•G Series, we came across the fifth installment – Dexikon. But this wasn’t a tile-laying game like Scrabble, or a guess-the-word challenge as in Codenames. Dexikon is a deck-builder, much like industry-favorite, Dominion. But instead of simply buying victory points with your funds, you are purchasing letters to be used in longer and better words as the game progresses! 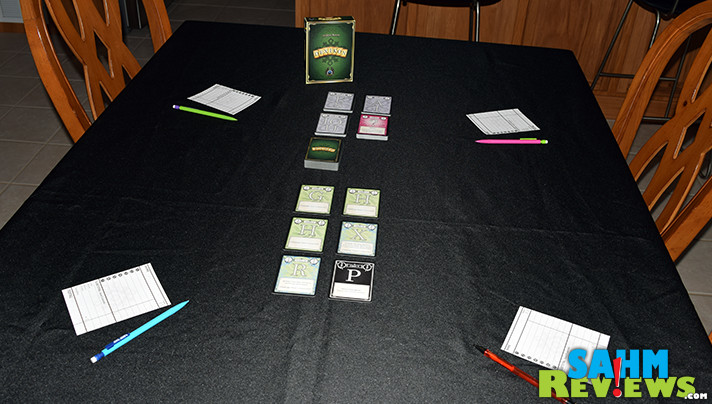 Everyone begins the game of Dexikon with the same ten cards – two each of the AT, ES and IOU cards along with four of the ? (penalty) cards. Each individual player deck is shuffled and a hand of six cards are drawn to form the starting hand. Six cards from the main deck are also turned face up to form a pool in which you will purchase cards from. 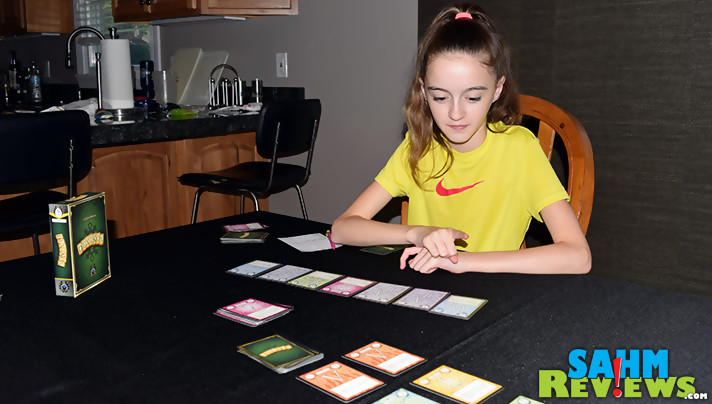 Your turn is broken into six phases. First you play any or all cards in your hand onto the table, resolving the actions on any blue cards in your possession. Then, using the letters on your cards, declare the word you are spelling for the turn. Any cards that don’t fit into that word are returned to your hand for the time being. 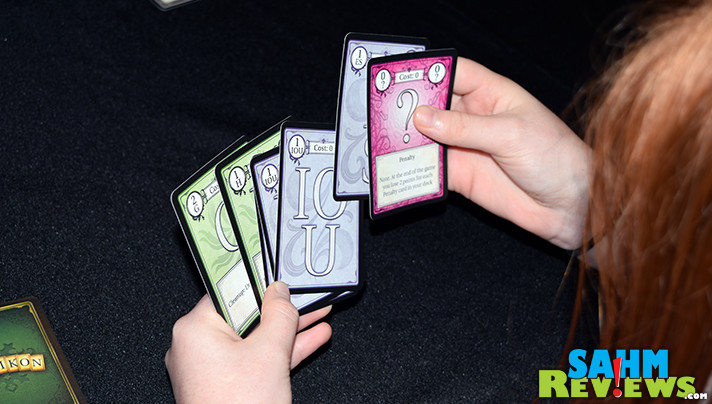 If any orange (attack) cards were used to spell the word, you now resolve their effects in order from left to right. You also have the option of refreshing (discarding and refilling) the pool to hopefully have access to the letters you are looking for. 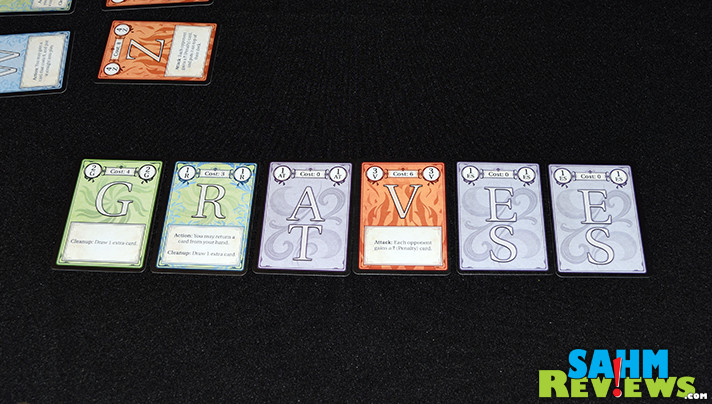 At this point you must make a critical decision. The word you spelled will be worth a certain number of points, totaled from the values on each card. You may either spend these points to purchase new cards from the pool or additional core cards, or elect to bank your points onto your score sheet and then only being able to spend half the points. For the entire game, each player may bank no more than seven words in total, so you will want to keep those spaces open for particularly long words with good point values.

After either purchasing or banking, you’ll resolve any cleanup (green) cards used in your word. Discard all played cards and any left unused in your hand and draw six more for the next turn. If any of your cleanup cards instructed you to draw additional cards, do so at this time. If your draw pile is ever depleted, simply reshuffle your discard pile and continue drawing.

Once any player has banked seven words onto their score sheet, the round finishes so every person has had an equal number of turns. Then everyone gets an opportunity to use ALL of their cards (in hand and discard pile) at the same time to create one final “last word” 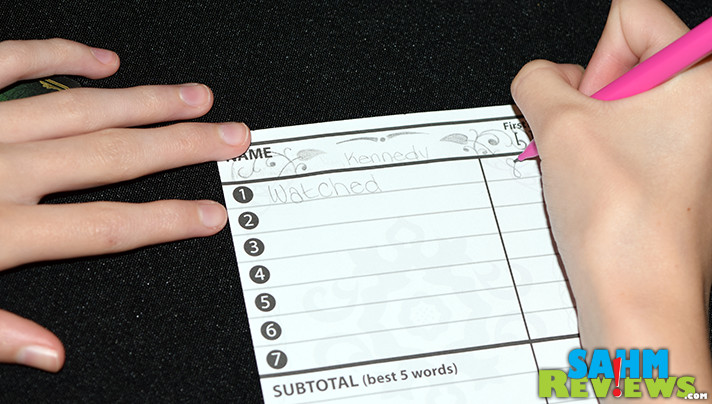 Add together the top five scoring words from your list. Add the value of your last word plus any bonus points received along the way. Finally, subtract two points for any penalty cards still in your deck. This is your final score, and the player with the most points is declared the winner! Any ties are won by the person with the highest value word on the score sheet.

Dexikon is an extremely unique words game that incorporates a current and popular mechanic, deck-building. You can find copies on Amazon for under the $15 MSRP or pick it up as part of the E•G•G Series at a discount on Eagle Gryphon’s website. And as always, check out their social media feeds (Facebook, Twitter) to see what they’ll be debuting next!

How well do you do at word games?