If it’s a good deal on a game at our local Goodwill, we’ll usually buy it. We may not get around to playing it right away, but it’ll eventually hit the table. Last year we noticed a game by a company that we had written about before, Rio Grande Games. Boxcars became such a favorite that we eventually named it as one of our Top 10 Games of 2014 (2nd place)!

Fast-forward to this past fall when we’re attending our local gaming convention. Between longer games, a friend of mine asked if I wanted to try a quick card game that was one of his favorites – so much so that he had also purchased the iOS app and played it daily on his phone. It turned out it was the exact same game I had purchased many months before; Lost Cities. I guess it is time to break out the copy I bought. 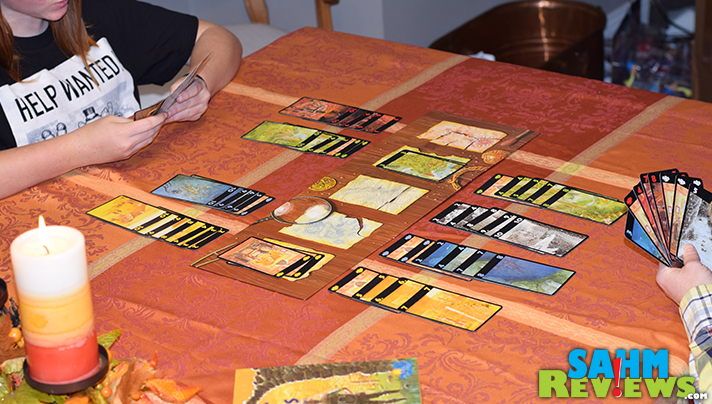 In Lost Cities you are each taking on the role of an explorer trying to complete an expedition (or five). A custom deck of tarot-sized cards is included with five different colored suits. Each suit has one each of the numbers two through ten and three ‘shaking-hands’ cards. 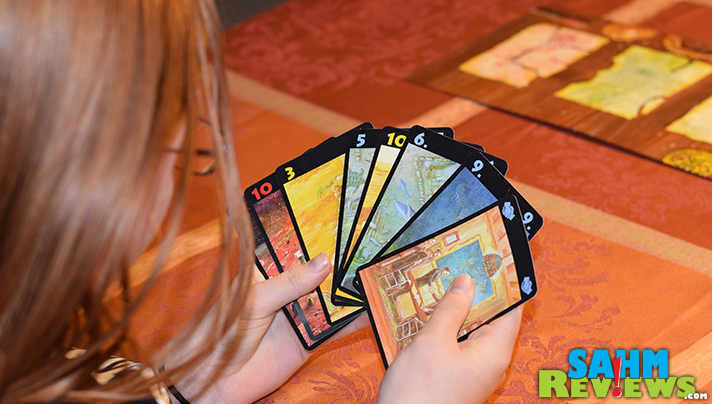 Each player is dealt a hand of eight cards. On your turn you can take one of two actions: play a card to your expedition area in front of you or discard a card to the middle on the supplied game board. 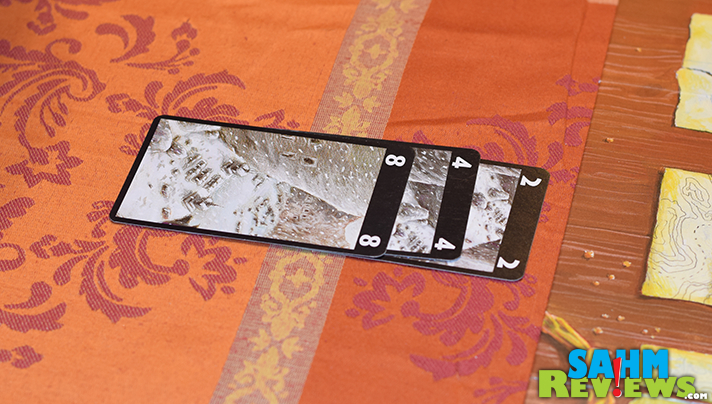 You and your opponent are each working on your own sets of suits (each representing an individual expedition). To play a card you must play a number higher than the previous one you laid down in that suit. If you haven’t begun working on that color, you can play any card to begin, but remembering that your next card must be higher. If you have a lower card in your hand (or draw one later), that will be a perfect discard card.

After you have played or discarded one card, you then draw a new card from the deck or take one of the top-most cards on the five suited discard piles. 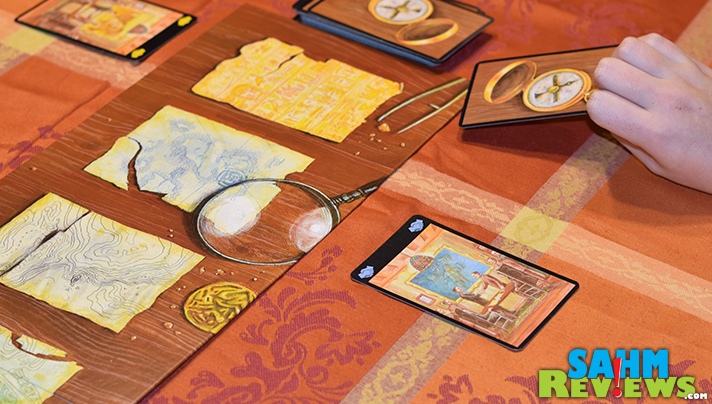 Each expedition has a cost of 20 points associated with it, so you have to make sure the total of the cards you lay in a series exceeds that amount or you will score negative points for that adventure. If you are confident you will exceed a total of 20, you may elect to play a “shaking hands” card to the beginning of the pile. This card represents additional investments you are making in your journey. Complete it successfully and you will multiply your total by 2x/3x/4x, depending on the number of investment cards you played before beginning the trek. 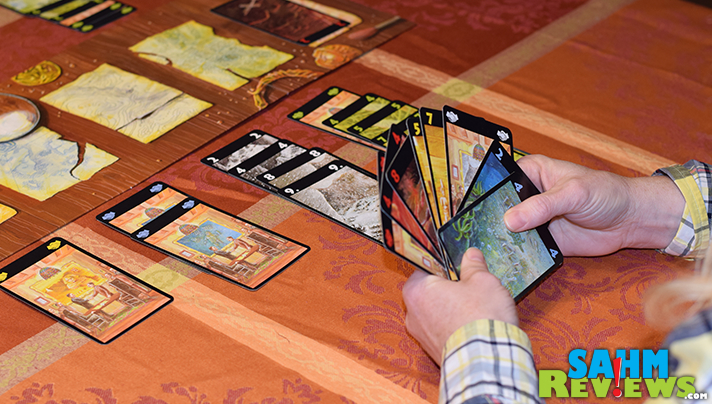 Players take turns until the last card is drawn from the deck, which ends the round immediately. Each expedition is scored individually and the total of up to five (if you attempted all suits) is your score for the round. The game is typically played over a predetermined number of rounds (3, 5, etc.).

Taking note of how many cards are left in the deck will help you decide which cards to play and which to hold. You might also decide to draw from the discards to delay the end of the game until you have time to play all the cards you wish. Your opponent may see that you are spread too thin and purposely draw from the main pile to end the round quicker, potentially causing you to have failed expeditions. As you can see, it is more than just the luck of the draw. The order you play coupled with the timing of the end of the round all play into the hidden strategies of the game.

Lost Cities is no longer offered by Rio Grande Games, but is still available new from Kosmos on Amazon. At well under $20, it is very easy to teach and the short rounds (about 5 minutes each) keeps the play moving along. This is a newer game by a very popular game designer, Reiner Knizia (Village, Too Many Cooks), so I wouldn’t expect to see too many copies at your local thrift store. It’s a nice light card game that travels well and will appeal to the non-gamer in the group!