Home / Recreation / Games / Older Kids and Adults Enjoy Games Too! These Are the Ones They Want You to Buy! 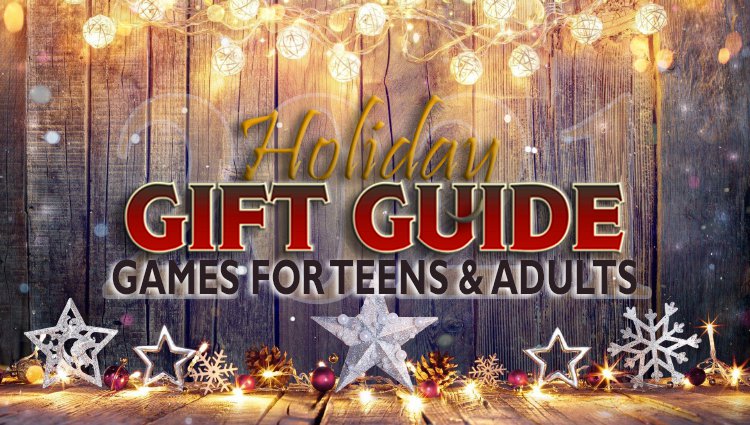 Older Kids and Adults Enjoy Games Too! These Are the Ones They Want You to Buy!

The title of this gift guide pretty much sums up what is included below. Before I go any further, I want to point out these aren’t “adult” games. They’re all family-friendly games, but are either targeted toward experienced gamers, take more time to play or have a higher learning curve. For exactly this reason, if you see our

logo then click through and read more to determine if it’s the best choice for your gift recipient. It’s important to clarify that young gamers can certainly enjoy these as well, but our goal was to create a list of gift ideas that would be a go-to for older kids and adults.

As you peruse this list, make a note of which ones really strike you. Between now and the end of 2021, we’ll continue sharing giveaways each day and almost every game on this list will be a participant in that promotion! 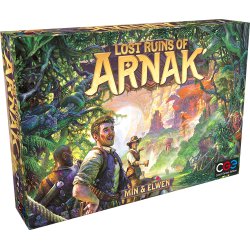 Explore jungles, find artifacts, and discover the Lost Ruins of Arnak! Lead rival expeditions to a newly discovered island. Through a unique combination of worker placement and deckbuilding, each expedition attempts to uncover the island’s secrets.

Decks are small, and randomness is mitigated by the wealth of tactical decisions offered on the game board. With a variety of worker actions, artifacts, and equipment cards, each game is unique, encouraging players to explore bold new strategies. 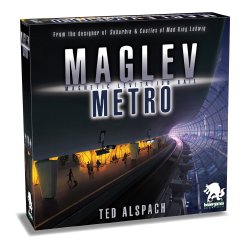 Maglev Metro is a tile placement, pick up & deliver, engine building game from Ted Alspach for 1-4 players. The inventive transparent tiles in Maglev Metro create a train game experience unlike any that has come before. Now, all route options are open to you regardless of how many tracks are already placed! 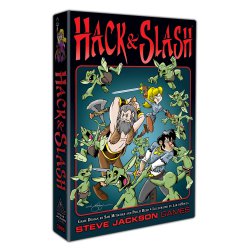 In this quick game, your guild of adventurers is ready for anything: battles, rescues, and the “liberation” of whatever pays the most. Choose a quest and roll the dice! You may win fame, and even recruit a new comrade for your party. Or you may fail and slink back to the Tavern.

Gamelyn’s Tiny Epic Pirates is an easy entry game that is perfect for parties and get-togethers when you just want to have a quick game. It’ll have everyone engaged with minimal rules or prep work on your part.

The Night Cage is a cooperative, horror-themed tile placement game that traps 1-5 lost souls within an otherworldly labyrinth of eternal darkness. Equipped with nothing but dim candles, you must work together to explore the maze and escape. 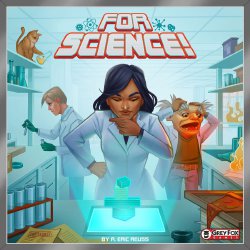 You were never supposed to be the ones standing between the Earth and viral annihilation. So many other groups were better connected, better funded, better equipped, and had much nicer brochures. But here you are, an eccentric bunch, ready to put it all on the line – FOR SCIENCE!

For Science! is a real-time, dexterity and spatial co-op where the clock is constantly running, and you only have 15 minutes. 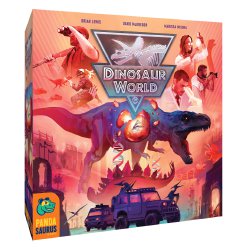 Each round, you’ll draft a group of Workers from the Worker Database to run your park for a full season. Then you’ll divide up those Workers to take on the various tasks of building and running your Park – gathering ancient DNA, cloning new Dinos, buying new attractions, and keeping your patrons safe from a toothy demise. The better you run your park, the more Victory Points you’ll score! 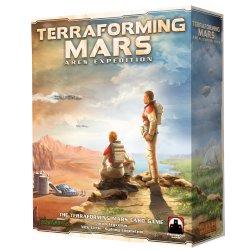 Terraforming Mars: Ares Expedition is an engine-building game in which players control interplanetary corporations with the goal of making Mars habitable (and profitable). 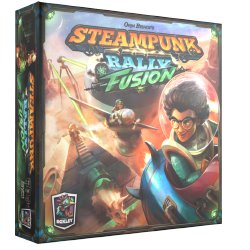 Steampunk Rally Fusion is a standalone game that can be combined with the original Steampunk Rally. It introduces new tracks with unique event cards, new part abilities (Gear Up and Overcharge), and a new card type: Secret Projects. It also debuts new custom dice representing powerful Fusion energy! Take on the role of ingenious inventors from history. Draft cards to invent your racing contraption. Power your creation’s abilities with combinations of steam, heat, electricity, and Fusion dice. Use cogs to augment bad dice rolls and upgrade certain machine parts. 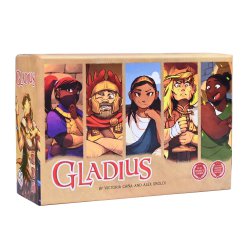 In Gladius, play as cunning Roman spectators trying to make the most money by betting on the gladiatorial games and rigging the results! Place secret bets on competing gladiator teams, and then tap into your plethora of underhanded tactics to help and hinder teams before the battle ends. Will you walk away with toga pockets brimming full of gold, or will you be left without a single denarius to your name? 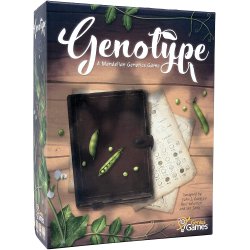 Genotype: A Mendelian Genetics Game is a strategic board game set in St. Thomas’ Abbey, where Gregor Mendel performed his paradigm-shifting experiments. Genotype is a worker placement and dice-drafting game where 1-5 players take the roles of research scientists competing to collect and validate experimental data on pea plants. 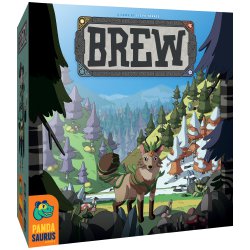 In Brew, players must choose how to use element dice—either to take back control of as many seasons as possible in an area control game or to procure goods at the local village in a worker-placement game. Recruiting woodland creatures and brewing potions can help offset chance die-rolls or create an engine to help you tame the lands. 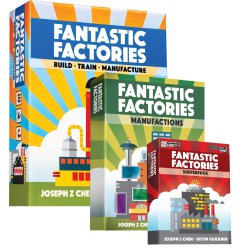 It’s time to roll some dice and put your factory to work in this delightfully replayable engine builder! Discover all the different combinations waiting inside; each turn is an exciting puzzle in this manufacturing arms race!

Shopping for the perfect gifts can be such a stressful challenge so we hope this list helped you find at least a few gifts! If you haven’t had a chance to look through our other gift guides, we want to encourage you to do so. There are a multitude of gift ideas across multiple guides including Home & Electronics, Family Games, Party Games, STEM gifts, Card & Dice Games and Gifts for Younger Kids.

50 comments on «Older Kids and Adults Enjoy Games Too! These Are the Ones They Want You to Buy!»