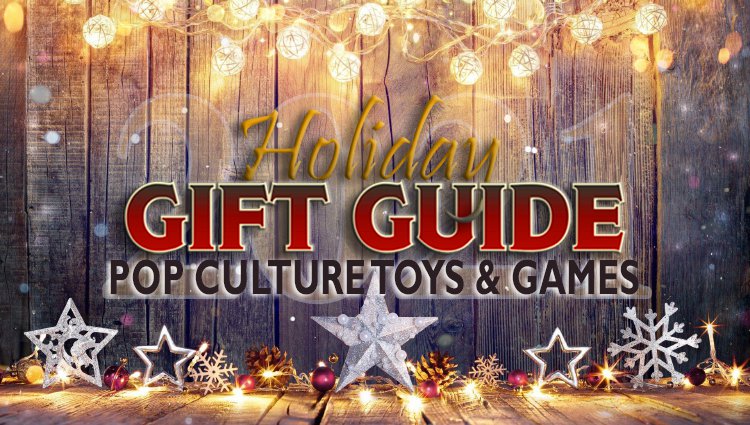 One of my favorite lists to compile during our holiday gift guide preparation is the one focused on Pop Culture. One of the reasons is because it touches on so many of the things that create a link between games and our TV and movie streaming habits. It’s fun to see all the games and toys that emerge as a result of this. Simultaneously, we discover longstanding pop culture franchises that are taking hold with a new generation.

What’s really exciting about this guide is that almost every one of the items featured here will be participating in our holiday giveaway promotion! As with all our guides, we’ve made it easy to learn about these items by providing an image, details and a link to where each item can be purchase. We encourage you to order any that interest you because the giveaways won’t close out in time to gift these for the holidays. 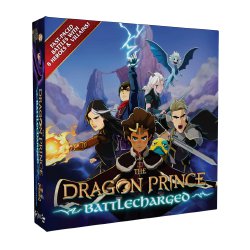 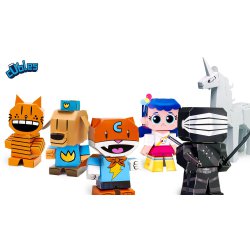 CUBLES deliver part puzzle, part origami and 100 percent pride in creation for kids ages six and up. Perfectly stocking-sized, 100% recyclable, STEM certified, and made-in-the-USA, it’s a surprise that kids get to assemble into characters they love.

The hilarious, easy-to-play, party game presents players with provocative topics such as “THINGS… you wouldn’t do for a million dollars.” Players each write funny responses and then take turns guessing who said what. In this Special Edition, all the topics revolve around both the town of Schitt’s Creek and its’ loveable cast of compelling characters. It includes topics like: “THINGS… that are A Little Bit Alexis”, THINGS… the Schitts and the Roses have in common.” and “THINGS… that probably shouldn’t be on your town’s ‘Welcome’ sign”. There are no right or wrong answers. Just a lot of laughs. 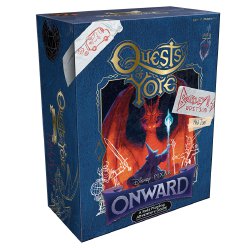 In this immersive role-playing game, gather your Fellowship and embark on an epic Quest across the lands of old. Rush to the aid of the satyrs of Clovendell and uncover a mystery that will test your adventurers’ strength and teamwork. Take on the role of the Quest Master leading the travelers or one of the fellowship hungry for adventure! The tale you tell will feature the folk and lore of the hit Disney and Pixar movie Onward. Elves, cyclops, goblins, dragons… and The Manticore, are just some of what awaits you on your journey in Quests of Yore: Barley’s Edition.

Horror Trivia I and II

THE SUSPENSE IS OVER! Endless Games unearths the spine-chilling new Horror Trivia II Deeper Cuts, a follow-up second edition game to its cult classic hit game, Horror Trivia. We chewed into the brains of horror enthusiasts and dissected the gory details for 300 new Q&A challenges to serve as the guts of the new game. In Horror Trivia and Horror Trivia II Deeper Cuts ($9.99 for ages 13+) two or more players/teams are challenged to correctly answer questions to be the first to collect three weapon cards and not become a casualty of the other teams. 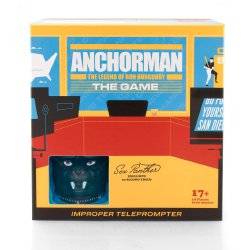 Real Fake News? Have you ever tried to act like funnyman actor Will Ferrell’s Ron Burgundy (Anchorman) character, who has the ability to read aloud anything no matter how strange or inappropriate, without pause or embarrassment? Now, the fun of Anchorman is available for everyone to play at home, as the game guys at Barry & Jason Games and Entertainment have launched an official, officially brash Anchorman: The Game – Improper Teleprompter.

Coca-Cola Signs of the Times Puzzle 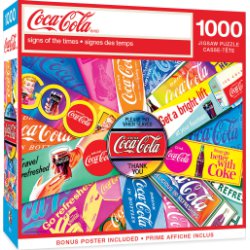 MasterPieces brings all the eras together with this fun collage of popular Coca Cola tag-lines through the ages. Nothing will bring a family closer than these heart-warming, family-friendly puzzles! To reduce their impact on our environment, the chipboard used in these puzzles is made of recycled material.

The Adventures of Robin Hood

The year is 1193, and the county of Nottingham, England is suffering under the oppressive rule of the corrupt Prince John and his henchmen. In this cooperative family board game, players take on the roles of Robin Hood and his Merry Men as they battle the wicked rulers in the city and throughout Sherwood Forest. This game features a beautifully illustrated gameboard that changes over the course of the game and a gorgeous, faux-leather-bound, 216-page hardcover storybook that narrates the story and advances the gameplay. 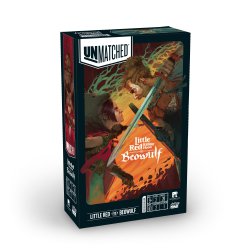 Unmatched is an easy to learn miniatures dueling game featuring heroes of all kinds – from the page to the screen to the stuff of legends. Each hero has a unique deck of cards that fits their character. In Unmatched: Little Red Riding Hood vs Beowulf two unlikely combatants from epic tales face off. You can mix and match fighters from any Unmatched set including Unmatched: Jurassic Park and Unmatched: Cobble and Fog.

Pick your favorite Hero, rescue your friends, and win battles to defeat Thanos! Battleworld is a revolutionary cooperative, expandable, collectible adventure game featuring dozens of characters from all over the Marvel Universe! Players get to crack open the mysterious Thanostones during the course of play to reveal the mystery character inside for a constant sense of surprise and delight! Mega Packs let you jumpstart your collection with six characters: four starting Heroes [including an exclusive Iron Man (Spider-Island Suit) variant] and two more trapped in Thanostones!

5 Second Rule Disney Edition -It seems like it would be easy to name three Disney dog characters—but can you do it under the pressure of 5 seconds twisting down, and with the other players staring at you? You must be quick, so just say whatever comes to mind and risk silly answers slipping out… because that would be funny, and we all like to laugh! It’s all in good fun with this fast-paced family game where you have Think Fast and Shout it Out!™ 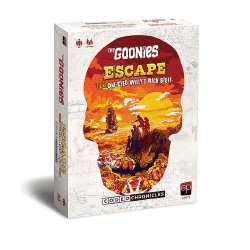 The third release in The Op’s at-home escape room Coded Chronicles® series, The Goonies: Escape with One-Eyed Willy’s Rich Stuff takes players on an epic adventure through the trap-filled caverns of Astoria, Oregon. Using the treasure hunting skills of Mikey, Brand, Mouth, Data, Andy, Stef, Chunk and Sloth, players will navigate their way to finding One-Eyed Willy’s rich stuff! Can you get the gang to the Inferno, nab the treasure, and get to freedom all while staying one step ahead of the nefarious Fratelli family?

If you’re still looking for gift ideas after looking over this guide, be sure to check out the many other listings we’ve assembled including games for teens and adults, gifts for younger kids, home and electronic gift ideas, educational STEM gifts, card and dice games, awesome party games and family games! If you’re still stumbling for ideas, read through some of our guides from prior years. Not only are the suggestions still valid, but they may be easier to find than this year’s hot gift ideas!