I think I can speak for the crowd when I say it will be nice to soon be able to gather together again like we used to. We’re here to make sure you have some party games on hand for the next time you have a game night… whenever that may be!

Party games come in a lot of shapes and sizes. Some are designed for a large group of people while others have limited players, but evoke a certain festive mood. Whatever your cup of tea, you should find something on this list that works for you! On the flip side of that, if you will be attending work or family gatherings and are looking for ways to break the ice (or minimize small talk), there are several games that would be perfect to bring along! As you run through this gift guide, keep watch for our

logo and click through if you want to learn more about the game it’s pictured by. It might give you more information when you’re on the fence about whether it’s something you should get for yourself or a particular gift recipient. 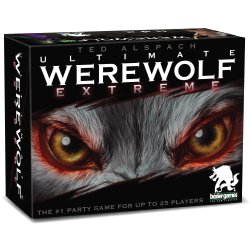 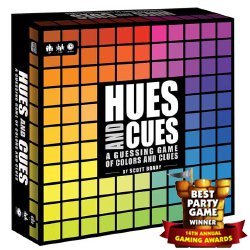 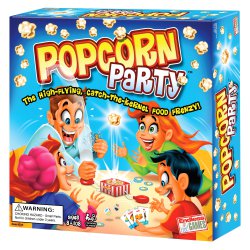 What’s a party without the popcorn?!! Use cards and dice to get four matching popcorn toppings to POP the POPCORN! With matches being rolled on just about every turn, you never know who will be popping next in this high-flying, catch-the-kernel food frenzy! 2 0r more players 8+

Game Night in a Can 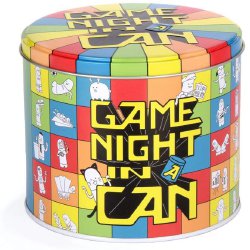 Game Night in a Can 5th Anniversary Edition is the bright and shiny new mix of mini games that focus on creativity and physical skill. Activities include competitively ﬂy paper airplanes, perform ghost stories about the room you’re in, create the World’s Worst Book Cover, bank balls of paper off your partner’s face, and more! The new 5th Anniversary edition Includes 35 games, Gold, Silver, and Bronze “medals,” and fantastic new art! The 5th Anniversary Edition includes new games, a design upgrade, and a few other fun surprises! 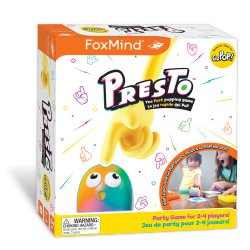 Use speed and dexterity to win in this 4 player family game. Enjoy the fidgety bubble popping action and match wits against your opponent playing the classic game of Go PoP! 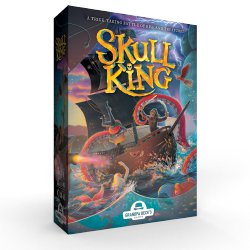 A trick-taking game in which you bid the exact number of tricks you predict you’ll win each round. Get your bid correct and you’ll gain points! Get it wrong, and you’re out of luck!

In each game you’ll encounter pirates and mermaids but if you are feeling extra adventurous, you can add in the Kraken, White Whale, or Loot cards! Additional ways to play include alternate scoring, special pirate abilities, and 2 player rules. 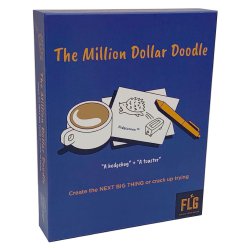 This party game is all about inventing funny new products. You’re a visionary startup founder, and you’re creating THE NEXT BIG THING: a product so unique, so funny…that customers are jumping on board. To spark your creativity, each player receives two images they combine into a Logo (eg Flaming heart and Birdcage), then other players add a Company Name, Slogan, and Review. Pitch companies and vote on which one to invest $1 million in! 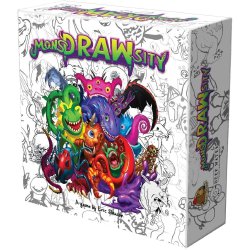 Those pesky monsters are at it again, and one of them’s been spotted nearby! As a paranormal investigator, it’s your job to sketch out this newest anomaly based on your witness’s description, but be careful… they didn’t get a good look, and it’s up to you to fill in the blanks! 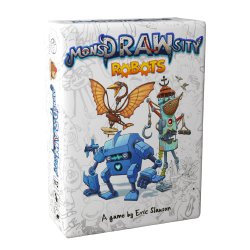 More monsters have been spotted, and this time, they’re looking a little… robotic? The Robots Expansion adds a variety of monstrous machinations to MonsDRAWsity that’re sure to electrify you! 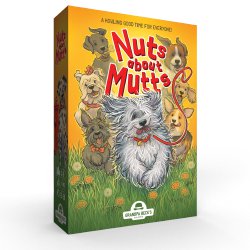 Another day of dog walking is over and now it’s a race to be the first one home! Drop off dogs by matching their color, number, or breed or play out of turn with matches and runs. Win the game by being the first to play all your cards. Fun for the whole family that includes rules for dog walkers as young as 4 so the game can grow as your family does! 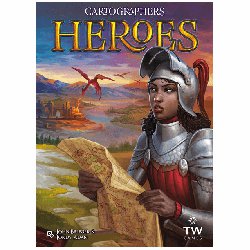 The expedition to the Western Lands is the kind of honor that comes once in a lifetime for a royal cartographer. But these are dangerous times. War ravages the land, and you are sure to encounter Dragul forces determined to thwart Queen Gimnax’s plans for western expansion. Fortunately, brave heroes have risen to the defense of Nalos. Chart their deeds alongside the queen’s edicts and secure your place in history. Cartographers Heroes is the sequel to the critically acclaimed map-drawing game, Cartographers. It includes all new map sheets, scoring cards, explore cards, and ambush cards with unique abilities.

If you’re looking for additional ideas this holiday season, check out our list of family games and gifts for younger kids. Stay tuned as we continue to create guides filled with more ideas! Oooh! And don’t forget to stop by daily to see the latest prize in our mega giveaway and enter to win!

49 thoughts on “Be Ready for Your Next Game Night with These Crowd-Pleasing Party Games!”