Remember last month when we shared about Kennedy’s fascination with finding dice deals at Gen Con? She comes by it honestly. I not only can’t resist a good bargain, but it’s also no secret that I love dice games. Whether it’s the tactile feel of the dice rattling around inside your hand or the anticipation of what the outcome of the roll will be, there’s just something about the randomness that speaks to me. I think it has a lot to do with my belief in karma or perhaps that it reminds me of the trips Scott and I used to regularly take to Vegas. Whatever the reason, I’m always happy to find new games that utilize dice as the main game mechanism. So naturally, I couldn’t resist putting together a gift guide of dice games! With a range of themes covering users of many ages, I’m confident that someone on your gift list would enjoy at least one of these! We have featured many of these on the site, so look for the

logo to find more details on the ones we’ve already covered.

After you’ve had a chance to look over this list, look for other gift ideas on various gift guides which include games, toys, electronics, educational products for “kids” of all ages! As with our other guides, keep an eye out for some of these to show up in our 150+ Days of Giveaways! 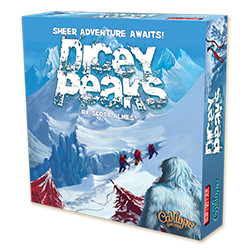 In Dicey Peaks™, players take on the role of brave adventurers racing to be the first to reach the fabled flag atop Yeti Mountain. To succeed, they must choose which dice to roll and skillfully manage their oxygen supply!  Each turn, players make important choices about when to climb and when to rest.  As they forge ahead, the mountain tiles are revealed, introducing hazards and surprises.  And remember: the Yetis are always lurking! 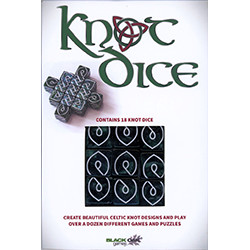 Create beautiful Celtic knot designs while playing with these amazing dice! Connect several dice side by side to form intricate designs. Knot Dice combine some of the best elements of dice and tiles in the included 12 games and 7 types of puzzles. 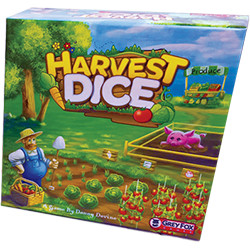 In this clever family-friendly game, players are competing to be the best farmers they can be. On each turn, veggie dice are rolled and the farmers take their turns picking from heads of lettuce, plump tomatoes and crisp carrots to plant on their  land. Anything that can’t be planted gets fed straight to your pet pig Pip.

BEEEEES! is a buzzing real-time dice rolling game for 2-5 players. Players frantically roll dice to claim hive tiles in front of them and their neighbors. The player with the most dice on the tile strategically places it into their burgeoning hive. At the end of the game, the player that has built the best hive wins! 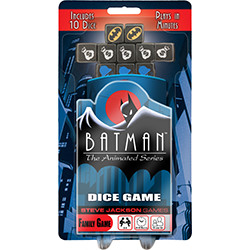 Become a Super-Villain in Gotham City! Can you escape the World’s Greatest Detective?

The Joker, Catwoman, The Riddler, and Poison Ivy are pulling off elaborate heists to score as much loot as they can carry! Based on the award-winning TV show, Batman: The Animated Series™ Dice Game lets you become a Super-Villain in a press-your-luck game for the whole family. Roll the dice and take advantage of each villain’s diabolical abilities to scheme your way to victory before getting busted by Batman™! 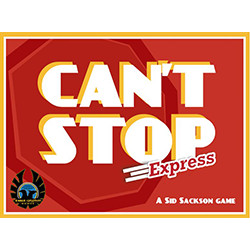 To win at Can’t Stop Express, you need the courage to take risks, but also the ability to predict and plan. After each throw of the five dice, you try to choose the best combination of two pairs while also making a good choice for the fifth die. Through this effort, you are awarded points, and whoever has the most points at the end of the game — which usually takes 24-25 rolls — wins. 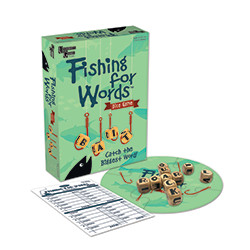 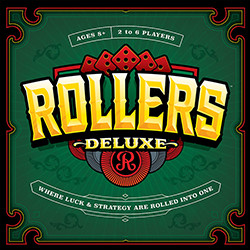 Get Ready to Roll!

Grab your friends and family for an exciting press-your-luck dice game. Race to ‘open’ and ‘close’ number sets to complete your game board. Once you close a number, opponents have to pay up with chips! Wild Stars will help you  make your sets, but beware the dreaded Zap that cancels your roll. Will Lady Luck be on your side? The first player to score 5 points wins!

Show Me the Kwan 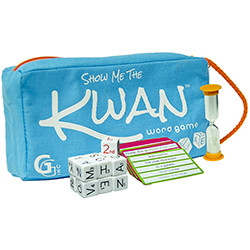 Show Me the Kwan is a fast-paced, dice rolling, word game. Given the chosen category the players must call out fitting words where either the first, second or last letter correspond to the lettered dice that were rolled. Each dice has an assigned point value. At the end of the 1 minute round, all players must count their points on the dice they collected. 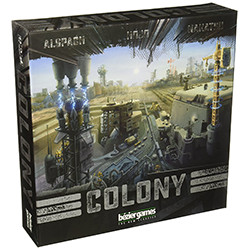 In Colony, each player constructs and upgrades buildings, while managing resources to grow their fledgling colony. In a clever twist, dice are used as resources, with each side/number representing a different resource. Some resources are stable, allowing them to be stored between turns, while others must be used right away. Buildings provide new capabilities, such as increased production, resource manipulation, and additional victory points. Using dice-as-resources facilitates a dynamic, ever-changing resources management mini-game while players work to earn victory points by adding building to their tableau on their way to victory. 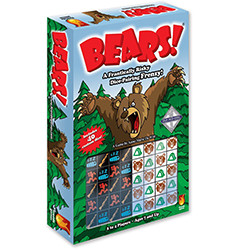 You and your friends are on a relaxing camping trip. But as you hammer in the last stake, you hear rustling. Bears are romping through the campsite. Who will survive the rampage? And who will be eaten by bears? Bears. is a fast-playing, competitive game in which you score points by pairing dice. Shoot bears and run from tents for a few points, or take a risk and score big by sleeping through the attack. But watch out. If Bears are left at the end of the round, your sleeping campers are done for. 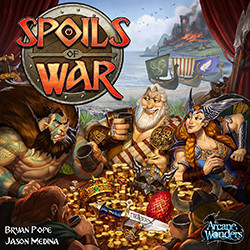 Spoils of War is a fast-paced and exciting game of bidding and wagering for 3-5 players. Each round, players roll their dice, then cleverly bluff and bet to outwit their fellow Vikings. The winners of each round get to claim fantastic treasures to add to their collection! with lots of twists and surprises, no one knows who will win until the last treasure is claimed and the spoils are counted!

With these options for dice games, along with all the other ideas we’ve given so far in our gift guides (and will continue to give for a bit longer), we’re sure you can check some things off your holiday shopping list. If you have questions about some of the games, feel free to leave us a note asking for more information. 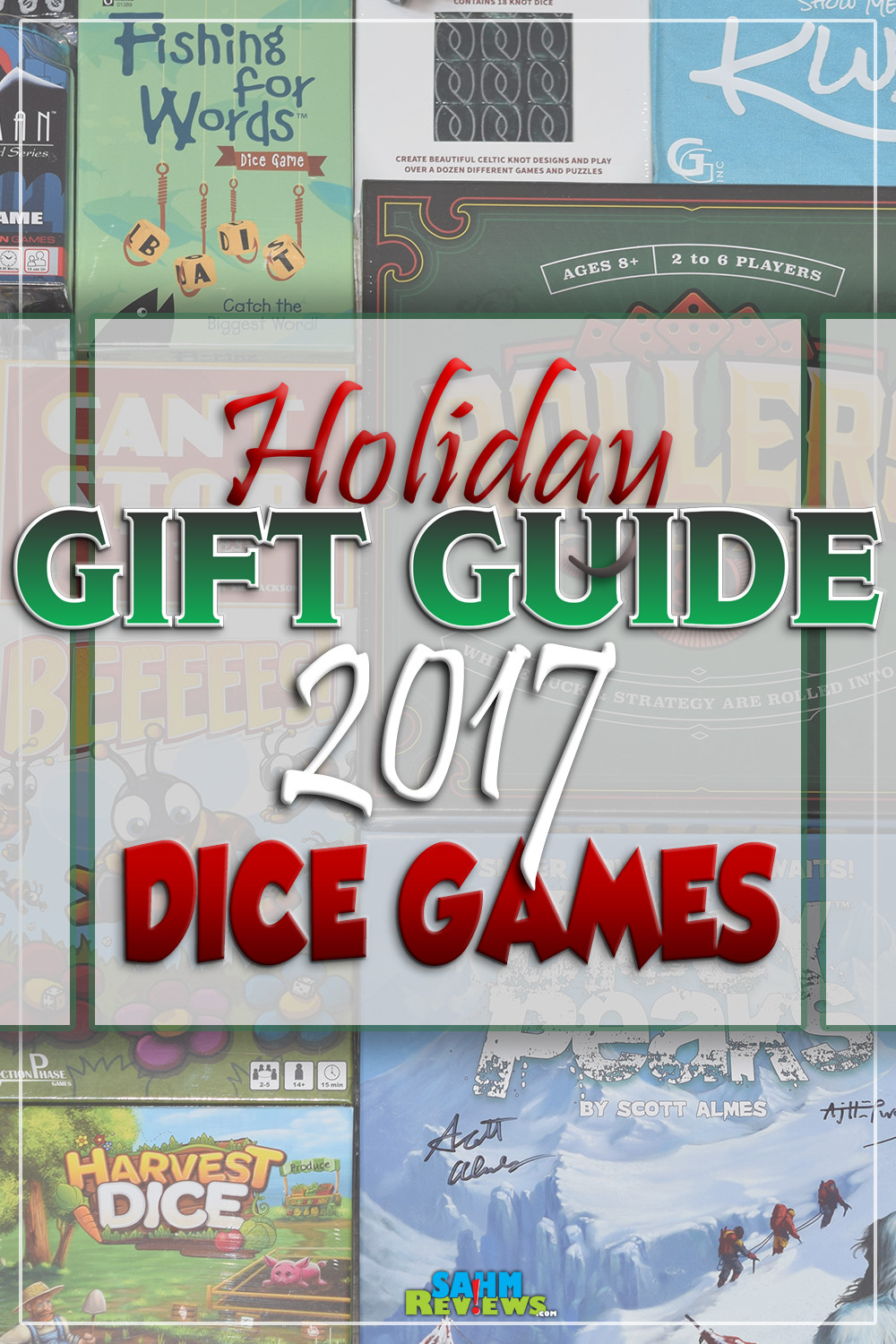