For the past century, nearly every child in the U.S. has been introduced to board games with classics like Chutes & Ladders, Trouble and Monopoly. At some point we all look for more fun and strategic titles like Hues and Cues or Aquasphere. That doesn’t mean we’ll never play the classics again. Especially when they’re reimagined in a new form. 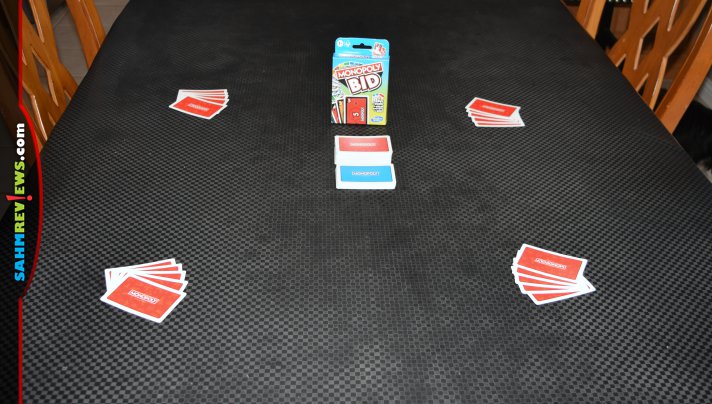 Monopoly Bid is our thrift store find this week and is a variation on a favorite card game, Monopoly Deal. This brand new card game just hit the shelves within the past year, so we were surprised to already find a donated copy. Fortunately for us it was complete and looks to have been played one time at most. 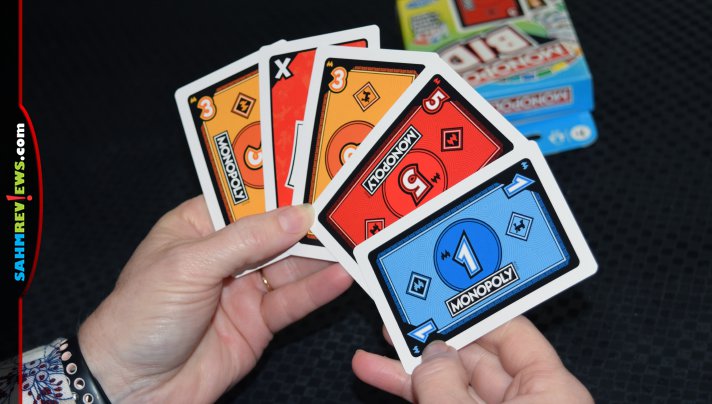 The object of Monopoly Bid is to be the first person to collect three complete sets of property cards. Of the 110 cards included in the box, there are three types: Action Cards, Money Cards and Property Cards. Action and Money Cards are shuffled together with five dealt out to each player (Monopoly Bid supports up to five people). The rest are put in the center of the table as a draw pile. The property cards are also shuffled and set next to the previous draw deck in their own stack. 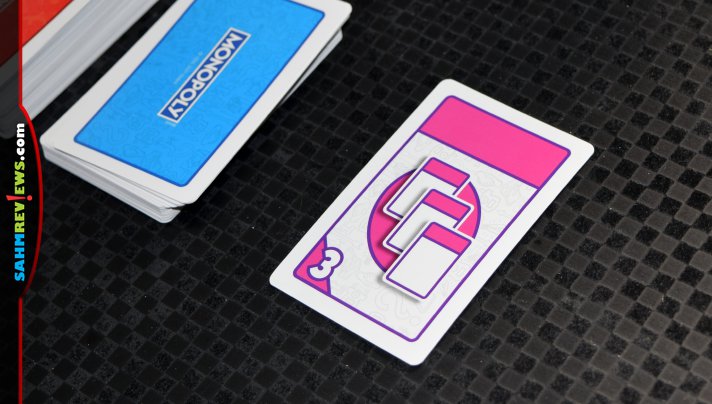 On your turn you will draw one card from the Money/Action Cards deck and then play any or as many Action Cards as you like. All players may also play the “Nope” Action Card to cancel anything you play or to void another “Nope” card. 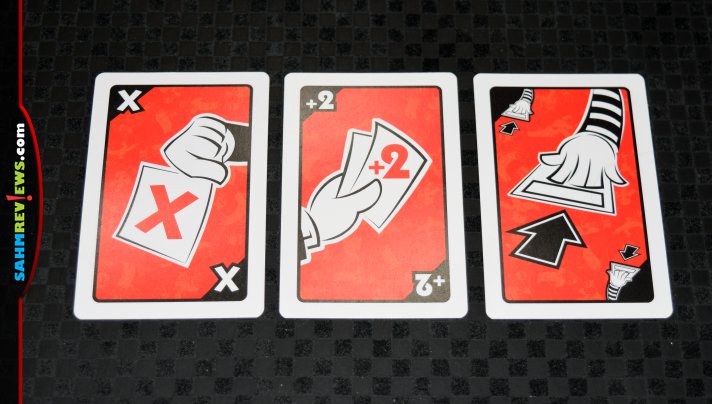 Next, you’ll flip over the top Property Card from the deck and begin an auction for the card. At the same time, all players choose Money Cards from their hand. These are revealed simultaneously when the active player counts “1, 2, 3, Bid!”. The person who bid the most takes the property and puts their Money Cards into the discard pile. Everyone else returns their money to their hand. If tied, the tied players have the opportunity to increase their bid if they want. If still tied, no one wins the property and it is discarded. 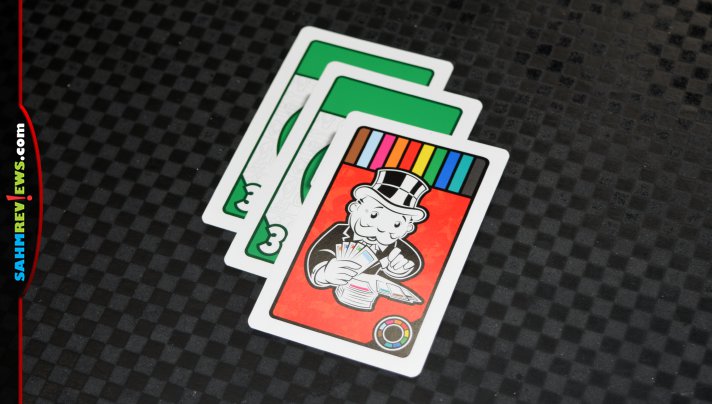 Wild Cards may be used during the action phase to substitute for any property but may not be moved once placed. Some sets require two cards while most need three (matching the properties in an original game of Monopoly). The first person to complete three sets of properties wins Monopoly Bid!

As I mentioned, Monopoly Bid is a brand-new game and is available at many big box retailers and on Amazon for just a few dollars shipped! If you’re in the market for a game with a familiar name, but don’t have hours to devote to the traditional version, this one might be the solution!

How much do you love (or hate) Monopoly?!