Before relocating back to Iowa from Los Angeles, we made the conscious decision to take a trip to Hawaii. With an infant and a toddler, it wasn’t an ideal situation, but still an opportunity for us to see the state while it was a much shorter flight. We knew that once we were back in Iowa, the likelihood of us making that trip were much slimmer. We opted to stay on the north shore of Oahu and explore all the things that island had to offer a family with two munchkins in tow. Trying to take the short flights to the other islands would have been cool, but wasn’t realistic at that time. With the realization that Madison is off to college in just over a month and already preparing for senior photos for Kennedy and planning a graduation party, we know that traveling is something we’ll be able to do once they are both on their own. We’ll be able to jet overseas or puddle jump between islands if that’s what we so choose to do. As I get games like Wayfinder from Pandasaurus Games to the table, I start to dream about the adventures that await. 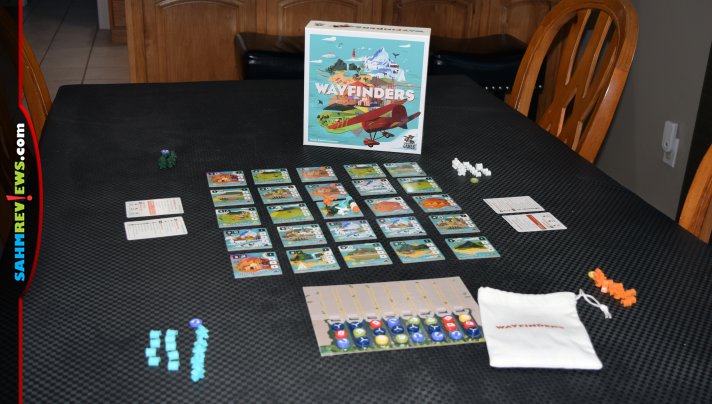 The game is about creating connections with a group of islands. Throughout the game, players work to build airstrips on the various islands then stock the hangars with supplies. Each player begins the game by selecting a color and taking the related airplane, works and Airstrip cubes. Place a Home Island in the middle of the table then surround it with an assortment of red (resource effect), blue (scoring effect) and yellow (permanent effect) tiles per the instructions. Place all the resources in the bag then allow each player to randomly draw one. Place the Hangar Board near the island grid and fill it with random supplies from the bag. 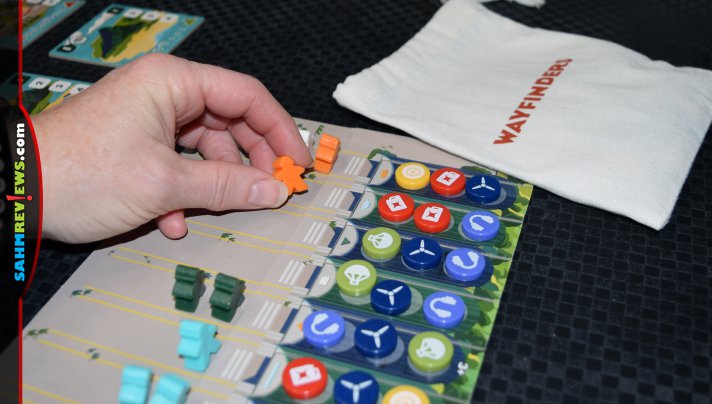 Beginning with the first player and following clockwise, you’ll choose one of two actions for your turn. Place one work at a hangar or collect all your works from all hangars. That’s it! Okay, not really. There are things associated with each of those tasks that really make the game take flight. When placing a worker, you’ll add one of your available workers to an open space on the Hangar Board. You may have up to three workers at a single location, five total across the entire board. Once you’ve run out of workers, your only choice is to retrieve your them. 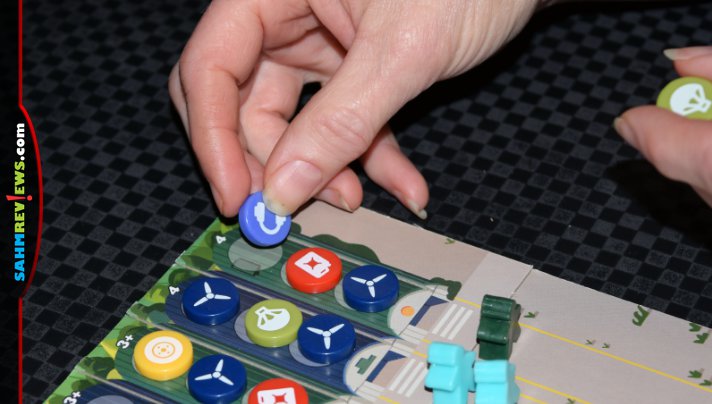 In titles like The Manhattan Project or Counterfeiters worker placement game, when you choose to recover your workers, that’s all you do. With Wayfinders, there’s a LOT more to it! You’ll actually follow four steps. Collect the top resource from each hanger where you have them placed then take all your workers from the board. If you don’t have any workers in the hanger, you can still take this action but skip ahead to this next step. 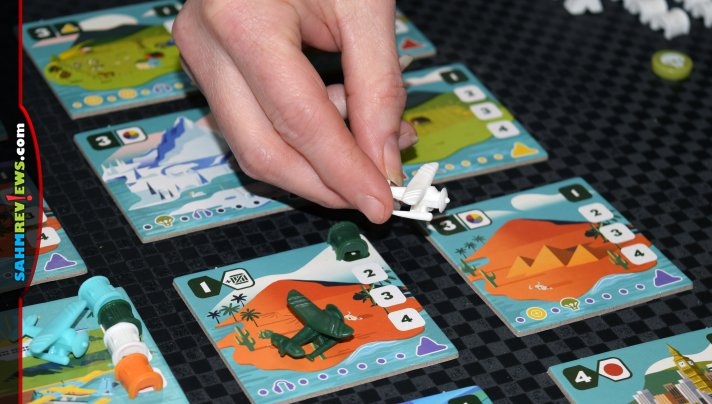 You may opt to spend resources to move your airplane to an orthogonal island and/or build airstrips. If you enter an island where there is already an airstrip, it doesn’t cost you any resources to land and take off again. Spend one resource matching the island’s color if you don’t have an airstrip there. 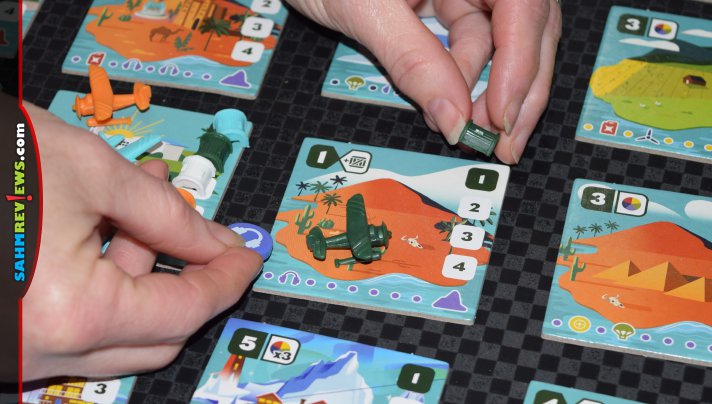 Before, during or after moving, you may build an airstrip on any island your airplane moves through. This is done by spending the resources noted on the bottom of the island card. Place one of your airstrip cubes on the next open slot on the island. The payment for building the airstrip is paid to the player who built there first or to the resource bag if you’re first. If you’re able to build then it’s usually a good idea because you’ll have to discard down to three before your turn is over. 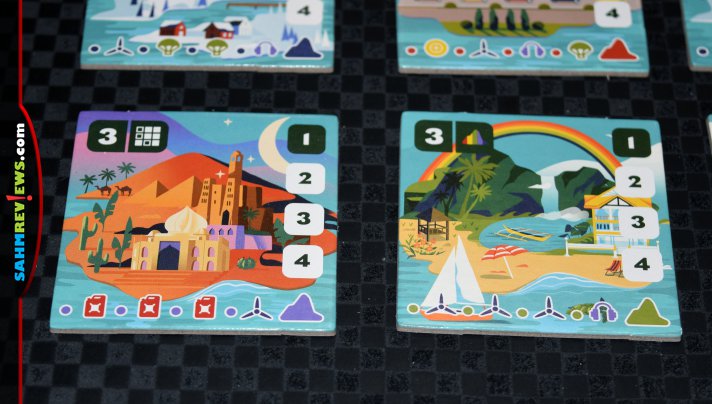 When you build on a Resource island, you’ll draw resources from the bag. Permanent Effect islands earn you their bonus for the remainder of the game. Finish your turn by refilling the Hangar Board. Once a player has two or fewer airstrips remaining in their supply, the final round is triggered. After each player has taken an equal number of turns, everyone tallies their scores. Resource Effect and Permanent Effect islands are worth a flat amount of points as noted on the tile. Scoring Effect islands are variable based on that island’s benefit. Points are also earned for leftover resources and workers on the Hangar Board. The one with the most points at the end is the victor.

It’s a quick playing game for up to four players and is approachable by younger kids as well. Wayfinders is available direct from Pandasaurus Games, but you can also check with your local game store or add a copy to your Amazon cart then next time you’re placing an order. We’re right in the midst of what normally would be convention season so be sure to fly over to Facebook and Twitter to watch for announcements of new releases!

Which islands are on your bucket list to visit?

29 thoughts on “Wayfinders Board Game Overview”