When I first moved to the Quad Cities (Iowa) in 1990, I was introduced to the art of John Holladay by Nicole. He was a local artist who came to fame for his line of caricature-styled sports-themed posters. Not only were all the Big 10 schools featured, he eventually created custom works for professional baseball, football and basketball teams. You couldn’t go anywhere in the area without being influenced by his work as it was prominently featured in posters, calendars and prints. 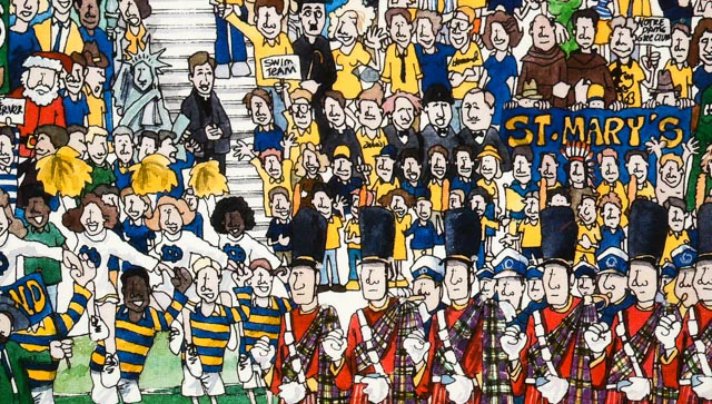 What made John Holladay’s pieces so interesting was he hid easter eggs in all his collages. You might find local celebrities, historical landmarks (the Statue of Liberty), Charlie Chaplin or even Santa Claus in the crowd. Each one of his posters was like a huge “Where’s Waldo” times 100! 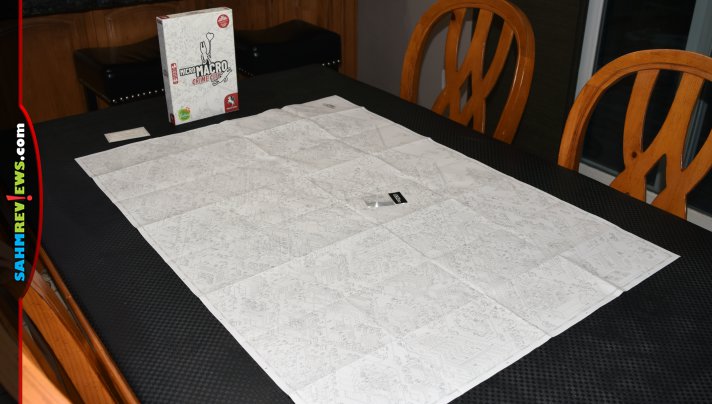 Today he lives on the east coast and focuses on landscapes. While he needed to change up his work to progress professionally, here in the Quad Cities he will always be remembered for his cartoons. When I first saw the box for Pegasus Spiele‘s new game, MicroMacro Crime City, it instantly reminded me of his early art style. 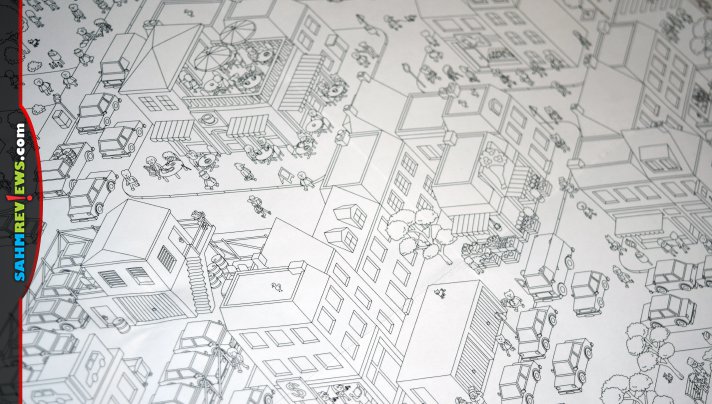 The first thing about MicroMacro I’d like to point out is the box. With most games you’ll need to flip the box over and read a synopsis of the rules to determine if it is a game you might enjoy. The design of this box cover allows you to play an abbreviated version of the game with only one clue – “Who murdered the burger vendor?”

By examining the cover, you will eventually discover that the burger vendor left his store carrying the daily receipts in a bag. He was followed by a masked bandit carrying a bat who eventually used it to kill the entrepreneur. The mugger then casually escapes out of the frame (box cover) by walking along the river side. If you can solve this mystery on your own, you’re ready to play the full game! 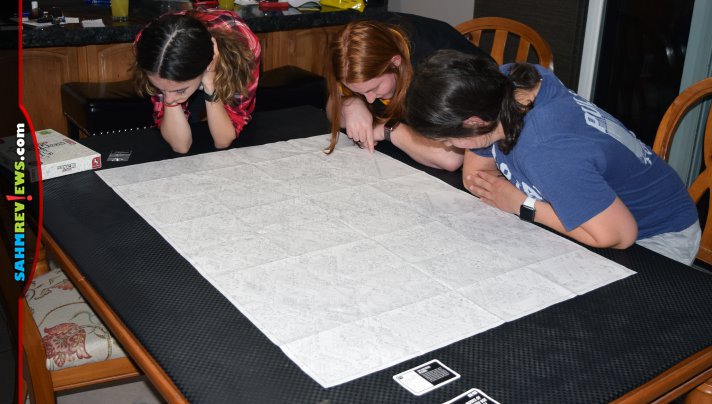 MicroMacro is a cooperative game for up to four players where you’ll be trying to solve a crime by investigating the large table-sized image. Unlike most drawings, this one isn’t a specific point in time. The entire board is a representation of multiple points in time. For instance, a car might appear on the left side and then again a few inches away – and yet one more time further down the road! This shows how the car traveled and how it and its occupants appeared as time progressed. 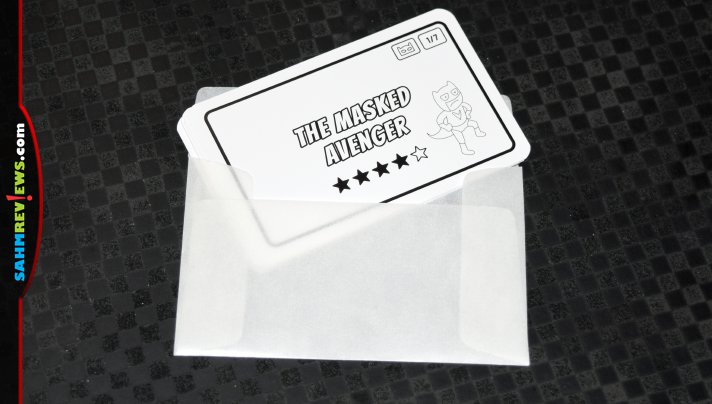 Inside the box you’ll find fifteen different scenarios along with an introductory challenge to get you accustomed to playing. Each one is ranked by difficulty – one to five stars and are kept separate with included envelopes to hold the cards. The rules correctly suggest you play the first four in order as listed before attempting any of the others. Once you have mastered these beginner levels, you may randomly or selectively choose any of the other scenarios to solve. 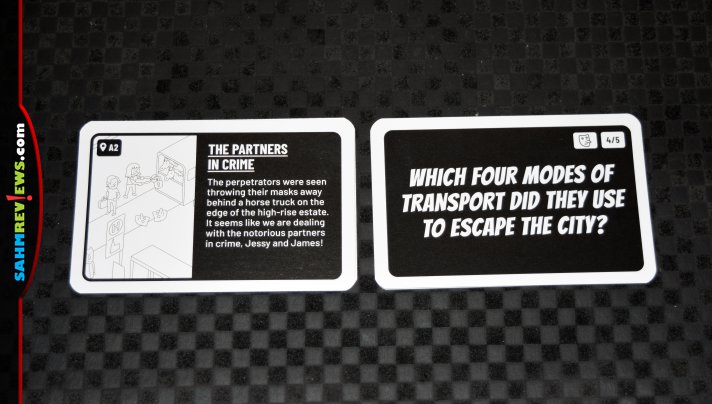 Assign a person to be the team leader and they will be the only one to handle the cards. They may elect to work with you or act as a moderator and not help solve the case. They will read the cards and the current challenge and only turn it over once an educated guess is made. If correct, the next card is read in order and will continue in this manner until the case is solved. If incorrect, the lead investigator tells everyone they are wrong and now may not help in the search (since they know the correct answer). 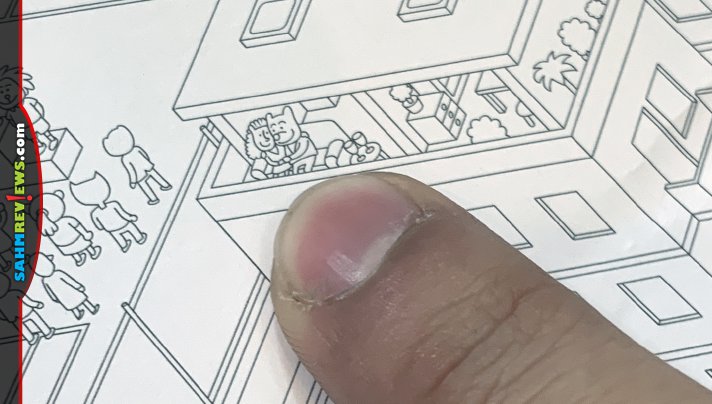 Each of the fifteen scenarios are independent and can be enjoyed once. We found the game works best with three players, one being the lead. MicroMacro is not a game for sitting down. You’ll need to stand and walk around the table to follow a victim or suspect and at times use the included magnifying glass to hone in on details (especially for those of us of advancing age).

Because of its nomination for the Spiele des Jahres, the highest honor a game may receive, you’ll find MicroMacro sold out at most online retailers. Amazon promises to have it back in stock soon, as does Pegasus Spiele’s storefront. Make sure you’re following the publisher on Facebook and Twitter so you can be first in line once the supply chain catches up! In the meantime, ask for a copy at your favorite local game store!

Whose artwork would you like to see in a board game?