When something is extremely popular, it makes sense that someone will try to capitalize on that. When I wrote about Kodama 3D, I offered examples in television, but this concept of spin-offs and cross-branding extends over multiple industries. They say imitation is the greatest form of flattery, right? There have been many board games that have been successful enough to warrant a spin-off of their own. Sometimes, that means a card or dice game version of a board game (like Carson City Card Game). Other times, it’s the other way around (Saboteur: The Lost Mines). Cases like Fleet The Dice Game vs Fleet Wharfside don’t have a board at all. VivaJava: The Coffee Game and VivaJava: The Coffee Game: The Dice Game from Dice Hate Me Games and Greater Than Games are two other examples.

The basis of the VivaJava: The Coffee Game is that you’re a coffee researcher traveling the world in search of the best beans and creation of the best blends. 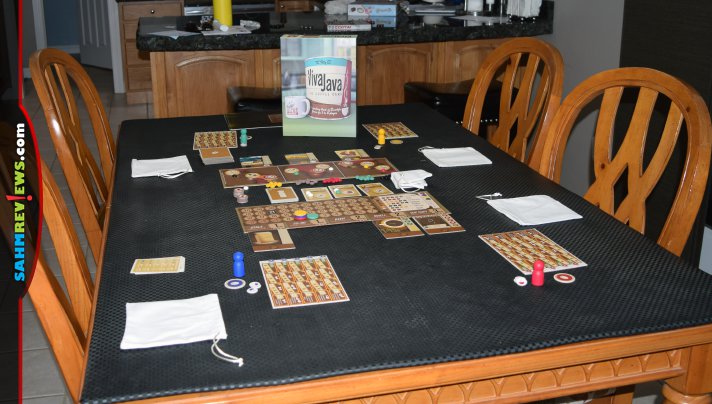 There are different variations on how you can play this game, but let’s keep it simple. Place the World Map and Performance Track in the center of the table. Separate the beans by color and place them below the world map in the area referred to as The Fields. Add the Starter Slates to the Swell and Top Cup sections below the Performance Track. Shuffle the Blend Slates and place them in a stack alongside the World Map. Draw the top three and place them in the designated area above the map then place the related bean requirements in the associated spaces on the map below the slate. Shuffle the Country Tokens and place them randomly on the circles on the World Map. Give each player a bag, Research Lab, Research Markers, 2 white beans and 1 yellow bean. Make adjustments to this depending on how many people are playing. 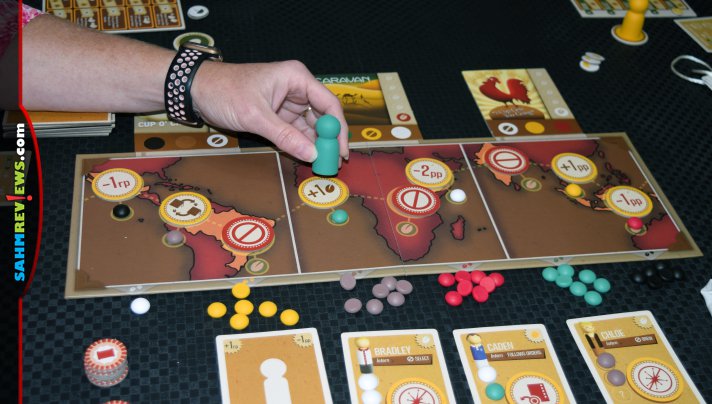 The game takes place over several rounds that include 1) In The Field, 2) Blend or Research and 3) Popular Opinion. Everyone takes turns placing their Researcher onto one of the countries on the map. When you place your marker, you’ll immediately respond to the country token. Positive actions are optional while negative ones are required. After you do that, you’ll take the associated bean and add it to your research bag. You’ll be working with the other researchers who decided to join you in that section of the world. 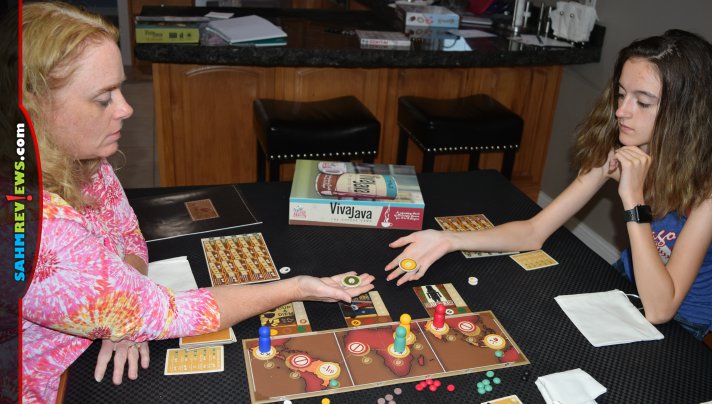 When you move into the Blend/Research phase of the round, all players will work simultaneously to determine which route to take. Blending entails working with the other researchers in your region while researching involves raising your personal knowledge. VivaJava is about making coffee blends. Let’s be clear about that. So your goal is to earn points by creating the best blends. At the same time, if you research, you’ll be more efficient in your work. 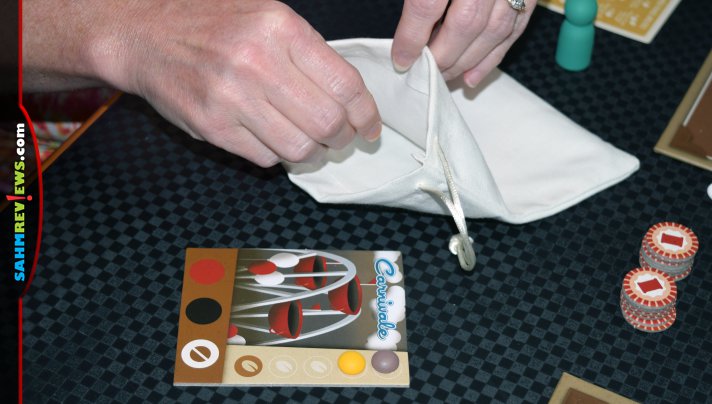 Everyone uses their token and secretly selects whether they want to blend or research. Decisions are revealed and majority (per region) wins. That’s what the team will do. If you’ve opted to blend, then you’ll take turns drawing beans out of the bag in hopes of creating the blend identified on the Blend Slate. Be sure to add one of your markers to the slate so everyone knows who had a hand in that creation! Each researcher must contribute at least one bean to the board and the final result will be graded alongside all the others currently being crafted as well as previously blended drinks. 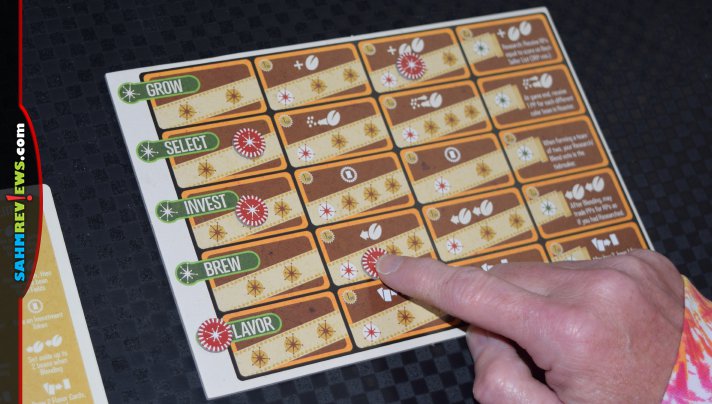 If your team decides to spend some time researching then you’ll each earn three points to spend in your own Research Labs. You’ll add your Research Markers to the board or up a track you’ve already started. When you reach the next Research level, you’ll be able to take that special action. During the end game scoring, you’ll earn points for each level you reach on this track. 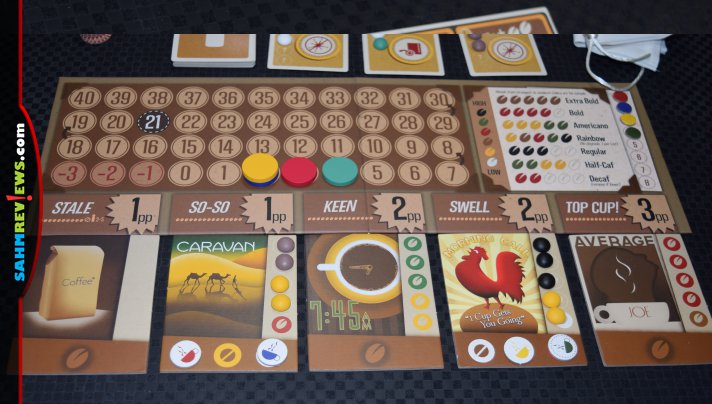 The final stage of the round is Popular Opinion where researchers are rewarded for the blends they’ve created. Players earn points based on the popularity of their blends, utilizing a poker-style grading system. After all points have been noted on the scoring track, the least valuable bean from each slate is removed. This process is referred to as degrading and will cause the blends to be less popular in future rounds. The player order is reassessed based on the current scoring and a new round is set up by adding new Blend Slates, country tokens and beans to the World Map. The game ends when either not enough Blend Slates are available to fill the map, someone finalizes four different research tracks or one player brews up 21 performance points.

The concept of VivaJava: The Dice Game is exactly the same as the original. The difference, however, is that you’ll be using dice instead of drawing beans out of a bag. You’ll begin each round by 1) scoring any blends from prior rounds, 2) roll to try to create new and better blends (or research) then 3) activate any possible abilities. 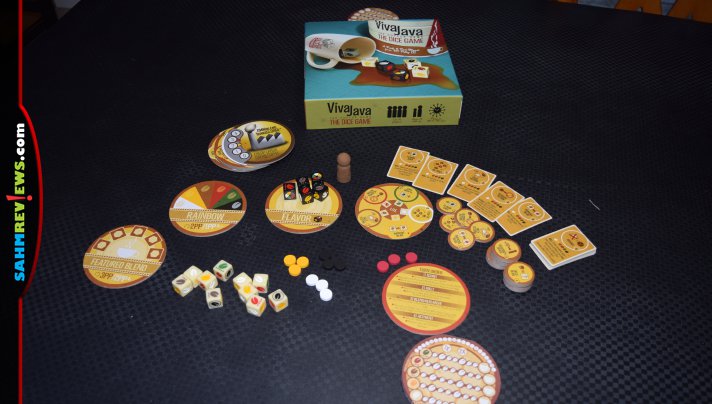 The biggest difference between the two games is that you are at the mercy of the dice roll. When you play the original, you at least know what beans are in your bag so you can make blend/research decisions based on that.

With the dice game, you have to hope you’re able to roll the beans well! Instead of having a board, bag and tokens, this is essentially a roll and write game. The game continues until one player has accumulated 21 Performance Points.

While the dice version of the game is out of print, you can still find copies on Amazon or eBay. The original VivaJava is still available on Greater Than Games website or on Amazon. Of course, we always want to encourage you to shop local so check with a game store near you for availability. You don’t need to have a taste for coffee to enjoy these games. Serve up a cup of coffee and visit Greater Than Games on Facebook and Twitter to see what else is brewing.

What’s your favorite type or flavor of coffee?

25 thoughts on “VivaJava Coffee-Themed Board and Dice Game Overviews”